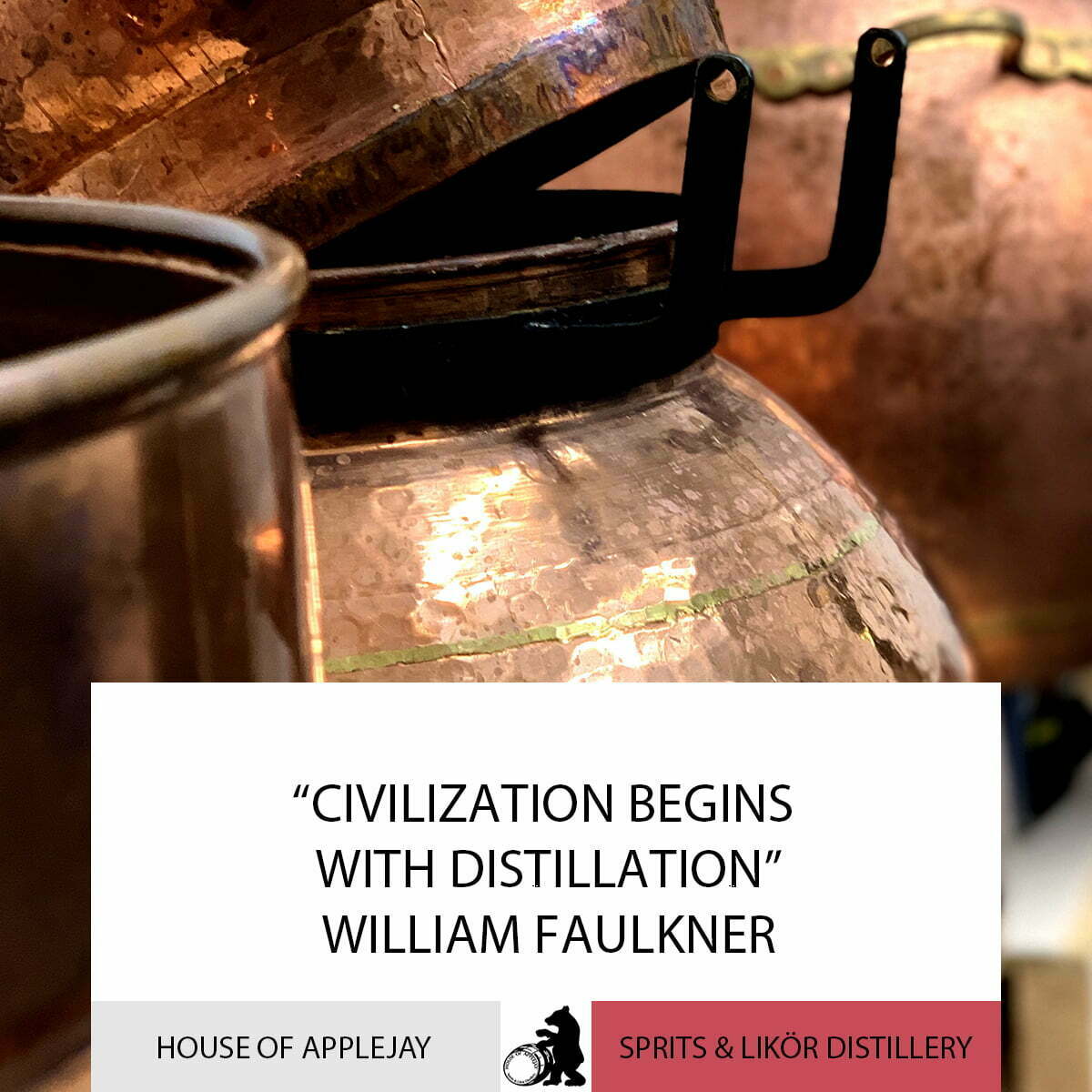 William Cuthbert Faulkner (1897-1962) was a Mississippi-born novelist, poet, and screenwriter. He won the Nobel Prize in literature in 1949, and twice the Pulitzer Prize in fiction (1955, 1963). He is considered one of the most important American writers of the twentieth century, and he used primarily Southern settings in his work. One of his famous quotes “Civilization begins with distillation,” originally “Civilization began with distillation” is indeed a humorous aphorism of a whiskey loving writer, considering that mankind first learned to distill in Mesopotamia around 1200 BC… there might even be some truth to it.