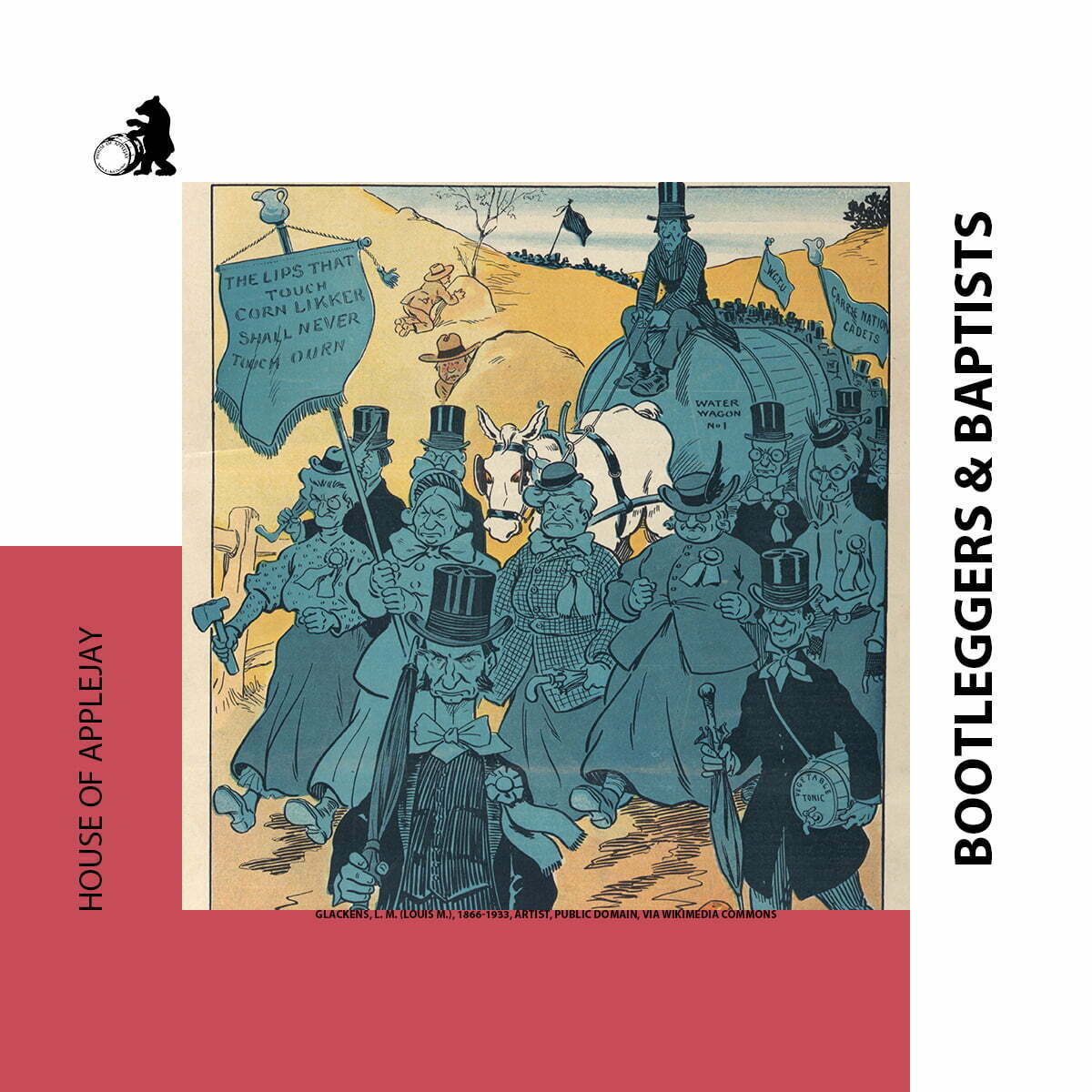 The American scientist Bruce Yandle published his economic theory Bootleggers and Baptists in 1983. His theory describes that groups with opposite goals can support each other. Interestingly, Yandle used the early 20th century laws prohibiting the sale of alcohol to illustrate his economic theory.

Yandle suggests that regulations supported by two social groups may be motivated on one hand by moral beliefs (baptists) and on the other hand by economic interests (bootleggers). Whereas bootleggers and baptists may have little in common both though may not have thrived without another.

Baptists, along with other religious groups, supported the moral belief to prohibit alcohol and promote the national prohibition movement. At the same time, bootleggers profited from illegal sales driving legal distillers out of business. Whereas each side benefits from the other, churches are said to have become more popular due to sinners searching for salvation. Politicians though may have benefited the most, especially those who rhetorically supported the pious wishes of the baptists on the one hand while accepting campaign donations from the bootleggers on the other.

The bootleggers and baptists theory illustriates that the history of alcohol is even more complex considering the direct and indirect influence of religious groups on the distilling landscape. Many North American baptists drank spirits, and brewed beer in the early days. At some point in history North American baptists decided to stand for total abstinence from beverage alcohol which had a direct influence on the local policies and local distilling landscapes, and it does not really surprise that bootleggers still flourish in so-called dry counties until today – as Bruce Yandle’s theory explains.

← Cleopatra's Pearls Waragi - The War Gin →
Back to blog