Your Lips Must Touch The Toe 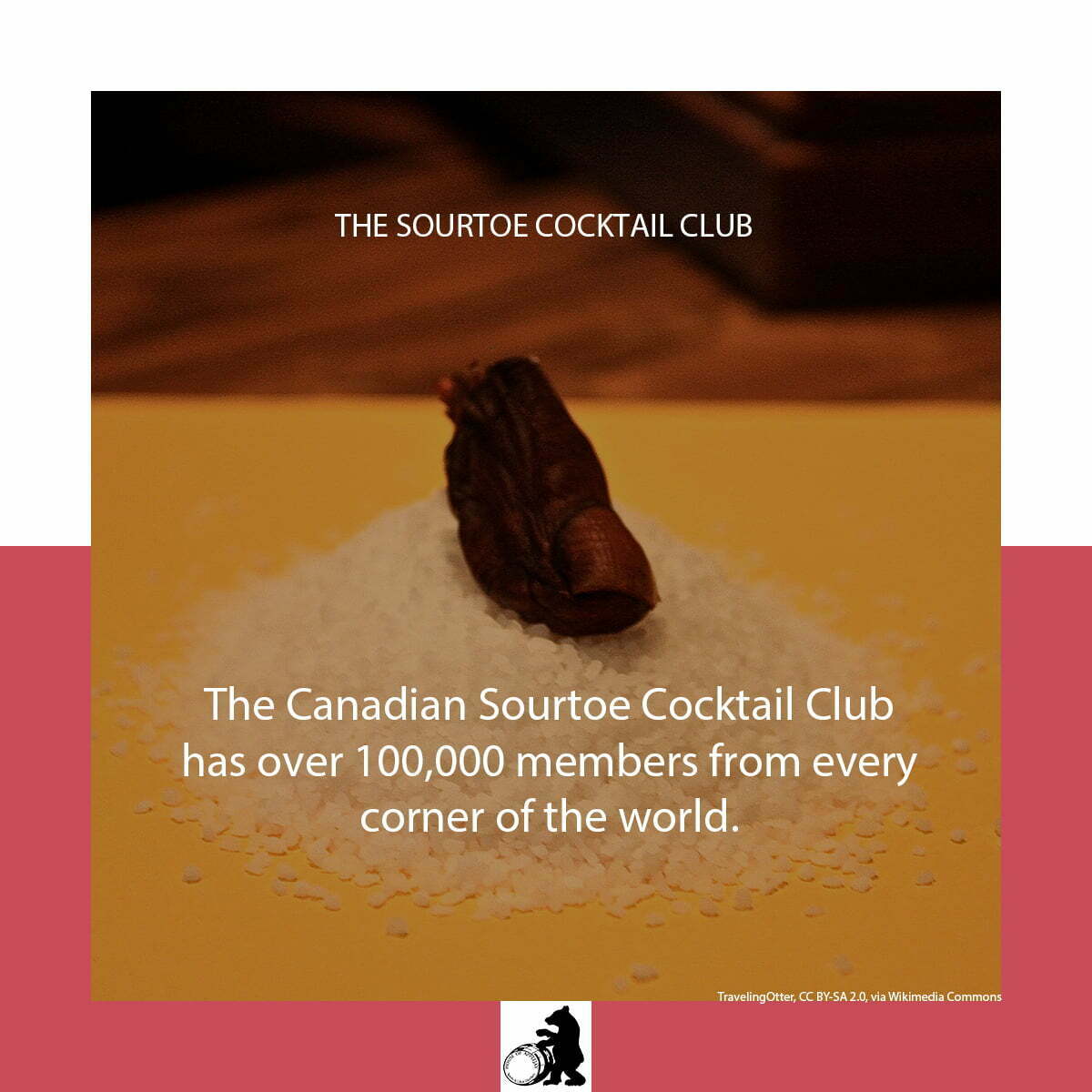 In Dawson City on the east bank of the Yukon is the only place where one can drink a Sourtoe Cocktail at the Downtown Hotel’s bar. The small, former gold mining town in Canada’s northwest hosts since the early 1970s the more than unusual Sourtoe Cocktail Club.

It was named “the world’s most disgusting cocktail” and added a tourist attraction to Dawson City. A good hundred thousand people are said to have dared to follow the strange drinking ritual and taste the cocktail.

One of the two ingredients makes the difference to other cocktails: Beside a sip of hard liquor of your choice, a dried human toe is added. “You can drink it fast, you can drink it slowly, but your lips must touch the toe“. Anyone who does not shy away from this drinking rule is accepted as a member of the extravagant Sourtoe Cocktail Club.

The inventor of the Sourtoe Cocktail was Captain Dick Stevenson of Dawson City. In 1973, he discovered a human toe in a mason jar in an abandoned cabin. The toe came from a gold miner named Louie Liken. His brother Otto is said to have amputated his frozen toe with an ax in the 1920s while the brothers were smuggling alcohol across the Canada-US border. After a night of drinking, Stevenson and his buddies created the Sourtoe Cocktail Club. A man is said to have accidentally swallowed Louie Liken’s first toe over his thirteenth glass of champagne in the 1980s. It is also said that at least seven or eight other guests’ toes have either been swallowed, lost or stolen since then. And this, is likely the most gruesome cocktail story of them all.

Read also about the Queen Mother’s Cocktail, and the Bond Martini.