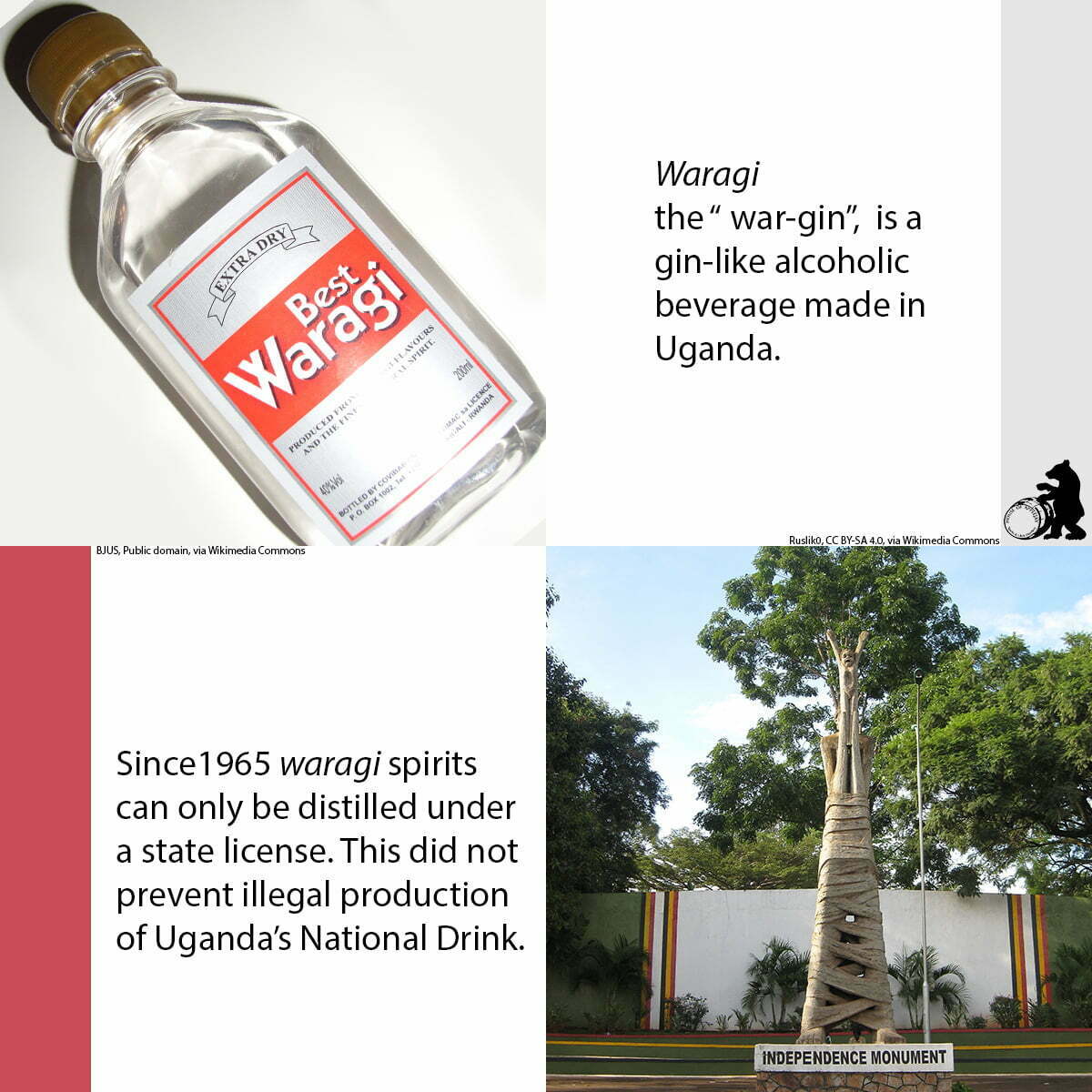 Waragi is a gin-like alcoholic beverage made in Uganda. The name originally derives from the term “war gin” which later developed into waragi. This spirit is said to have been named after British people living in Uganda in the 1950s and 1960s. Until gaining independence in 1962, Uganda was a British protectorate for many years.

A known variant of waragi liquor is a spirit distilled locally in the region of Luganda called enguli. Enguli also named The Enguli Act of 1965 which regulated that waragi spirits could only be distilled under a state license. However, this did not prevent the illegal production of waragi whose production varied from being made from cassava, bananas and/or sugar cane depending on the region and crops available where it was distilled.

The most consumed brand of waragi today is Uganda Waragi. After 1965 Uganda Waragi was distilled and bottled by a state company, today this brand is produced by East African Breweries Limited. The Uganda Waragi is based on a recipe using millet as main ingredient. Other well-known waragi brands are Lira Lira, which consists mainly of cassava flour and cane sugar, and Kasese Kasese, which is named after the town Kasese and is mainly using green plantains (matoke) for distilling.

Interestingly, the drink of waragi was not named in times of war as the transition from British protectorate to Uganda’s independence was a relatively eventless process. An alternative theory concludes that the name could be a corruption of arak, a North African spirit. Today though, the story of the “war-gin” prevails, and maybe it was just a local drink distilled with the intention to make soldiers feel stronger.