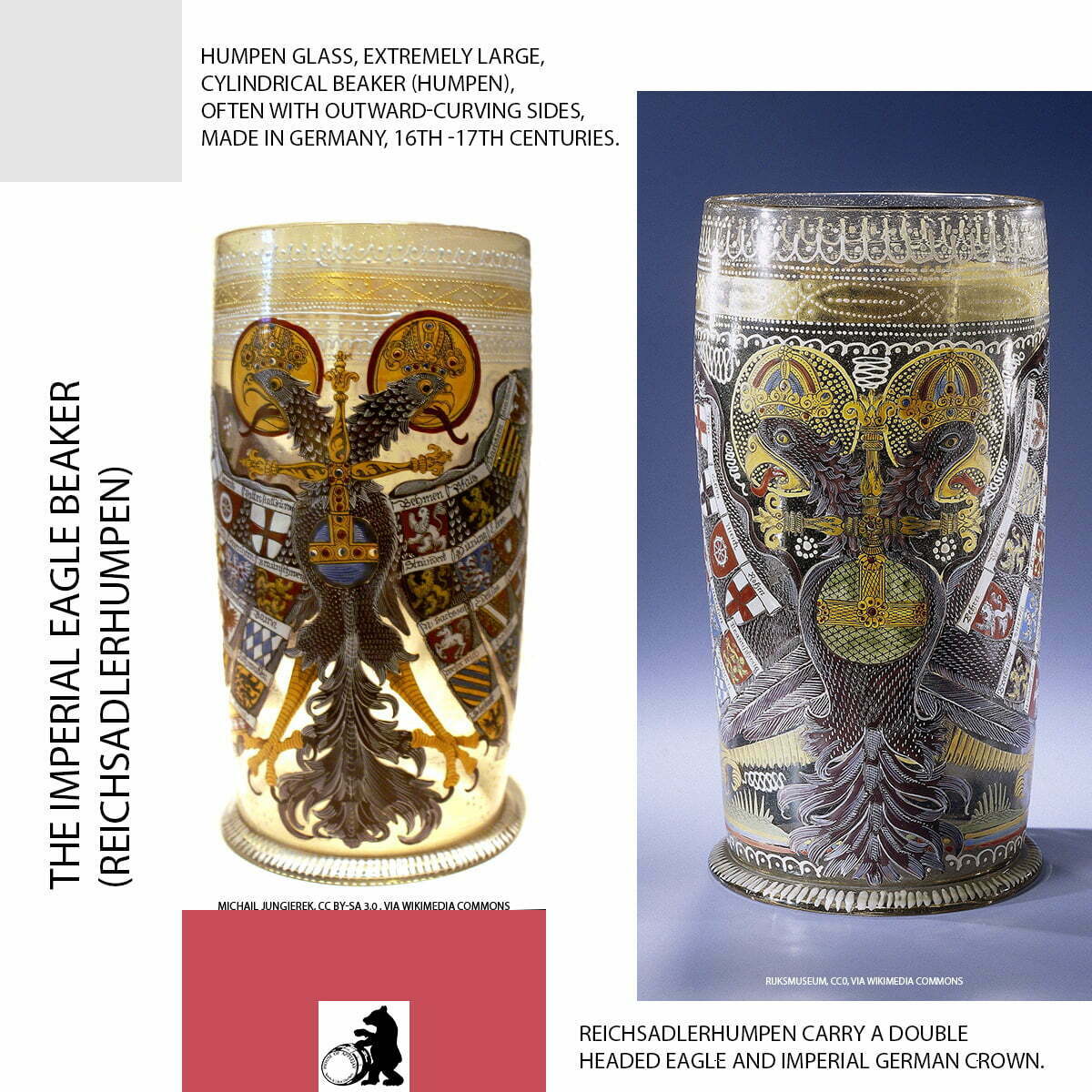 Humpen Glass are large cylindrical beaker, usually with enameled decoration. The volume of a Humpen Glass was usually little less than a gallon, and varied of 8 to 12 inch in hight. These glasses were made in Germany, Bohemia, and Silesia between the 16th and 18th centuries, and used mainly for decoration and drinking beer. Most known are Imperial Eagle Beakers, German Reichsadlerhumpen, that are dating back to 1547. Reichsadlerhumpen carry a double-headed eagle and imperial German crown. The bird’s breast is usually covered with a ball of empire (sometimes with with a large crucifix); the arms of the German electors and the 48 members of the Holy Roman Empire are arranged along the wing feathers. At the end of the 19th century, Imperial Eagle Beakers were popular objects and often forged.

In 16th century drinking culture, in which social drinking was very important, the Reichsadlerhumpen was interpreted as an expression of the owner of his bond with the empire. According to the historian Sven Lüken, Johann Wolfgang von Goethe may have thought of an Imperial Eagle Beaker when he let Frosch in Auerbach’s cellar in Faust I sing: “The dear old holy Roman realm, How does it hold together?”