The Story Of The Drunken Bakerman 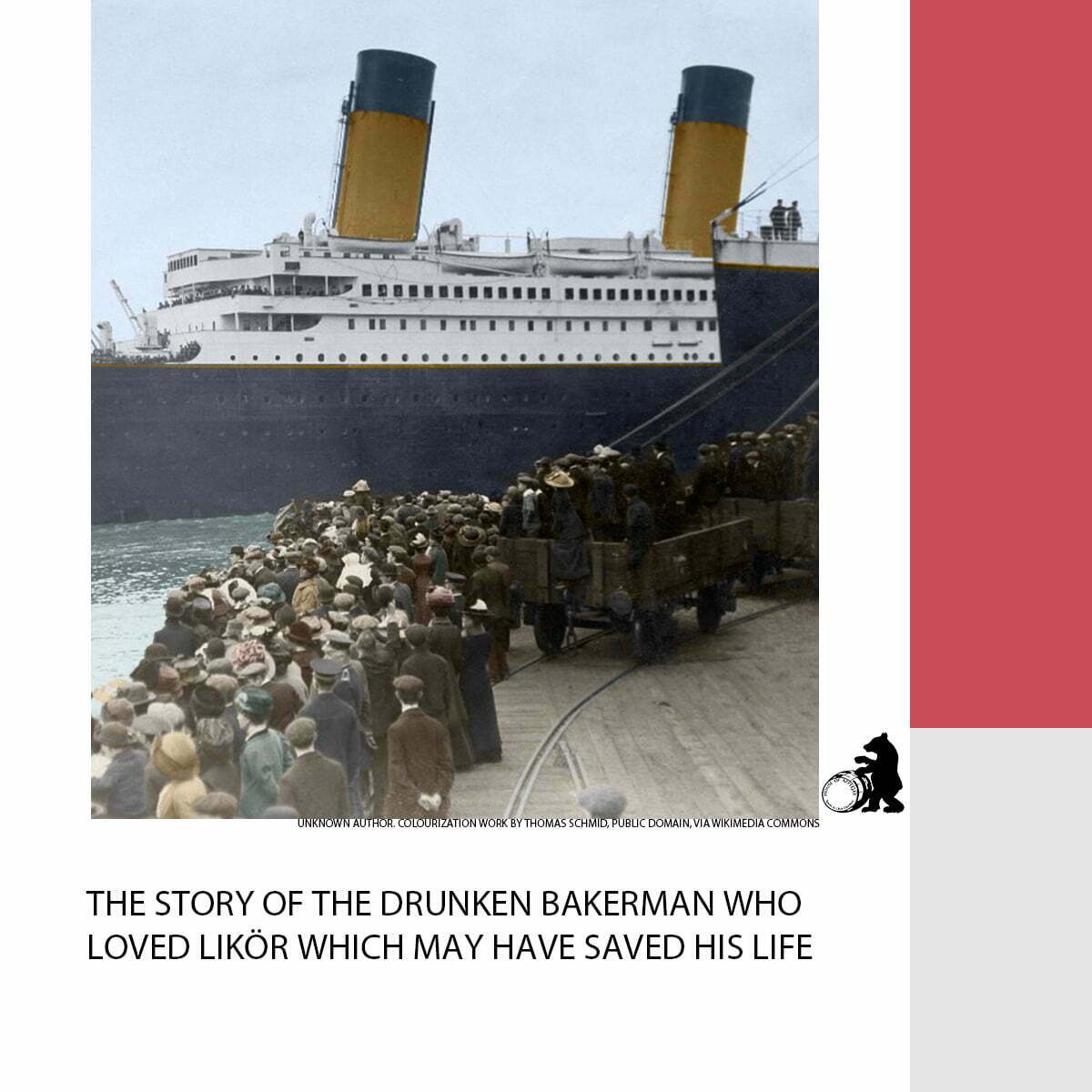 The Story of the Drunken Bakerman is about Charles Joughin, an English-American chef and the head baker on board of the Titanic. He was born in England in 1878 and went to sea for the first time at the age of 11.

According to his testimony, Joughin was off duty on April 14th 1912 when the Titanic struck the iceberg. After hearing that the officers were getting the lifeboats ready for launch, he sent his men onto the boat deck with provisions for the lifeboats. Joughin was assigned as captain of lifeboat 10 but chose not to board and when the lifeboat departed he went to his quarters to drink a drop of Likör which he later confessed it was a half filled mug.

Surprisingly, Joaughin didn’t suffer much physical damage after spending two hours in the ice-cold ocean waters, he only had swollen feet when he was rescued. Whereas large amounts of alcohol generally increase the risk of hypothermia, Joughin though was surprisingly one of the few survivors of the Titanic disaster. The amount of alcohol he drank helped him survive in the frozen water likely because the alcohol gave him courage and calmed him down. As Joaughin later admitted that the alcohol helped him to hardly feel the cold. It may be important to note that Joughin chose to drink Likör, a lower percentage alcoholic beverage, and not as often claimed high proof whiskey.

← Pickled in Brandy The Imperial Eagle Beaker →
Back to blog