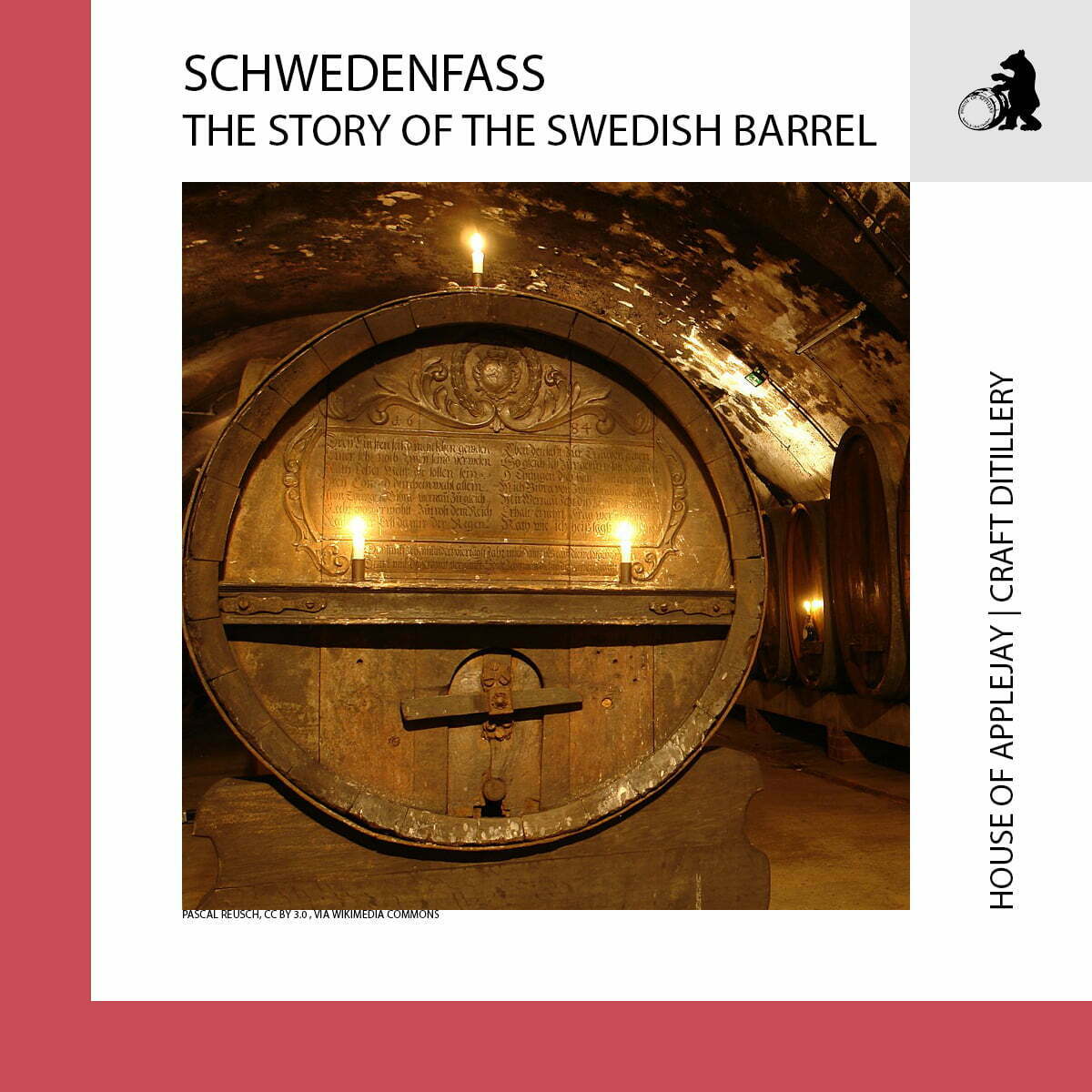 The so-called Swedish barrel, the “Schwedenfass“, is a wine barrel in the State Court Cellar in Würzburg, which is located below the Würzburg Residence. The “Schwedenfass”  was created to host the  famous “Jahrtausendwein“, the priceless “once-in-a-millennium wine”  of 1540. The famous barrel was commissioned in 1683 by the Würzburg Prince Bishop Konrad von Wernau in order to store the remaining “Jahrtausendwein”. At the time the Swedish barrel was build the remains of the “Jahrtausendwein” were almost 150 years old.

During the Thirty Years’ War (1618-1648), one of the most destructive wars in European history, Swedish troops approached the city of Würzburg. In 1631 the citizens of Würzburg hastily planned to protect their famous  “Jahrtausendwein” of 1540 from the advancing Swedish troops and buried the “Schwedenfass” wine by the bottle in the forest before King Gustav Adolf stormed Marienberg Fortress. In the turmoil of the war, the knowledge of the burial site though was lost and the most famous wine was believed to be gone forever. In 1683 the remaining bottles were accidently discovered in the Gramschatzer Forest near Würzburg. The then prince-bishop Konrad von Wernau had a new barrel build, the “Schwedenfass“, and the valuable wine was transferred from the bottles to the barrel. It was named “Schwedenfass“, the Swedish barrel to remeber the wine’s extraordinary history. Over the years the stock of the “Jahrtausendwein” in the “Schwedenfass” gradually decreased as a result of tastings.

Today, the barrel no longer contains any wine. It remains empty since the Bavarian King Ludwig II had the Riesling wine bottled and auctioned off in order to be able to finance the construction of his magnificent castles.

The “Schwedenfass” is a large wine barrel though does not belong to the group of significantly larger “Great Wine Barrels” like the Great Heidelberger Tun. Read also about the “Jahrtausendwein” and the Thirty-Years-War story of the famous “The Master Draught“.

← The First Golden Straw The Jahrtausendwein 1540 →
Back to blog