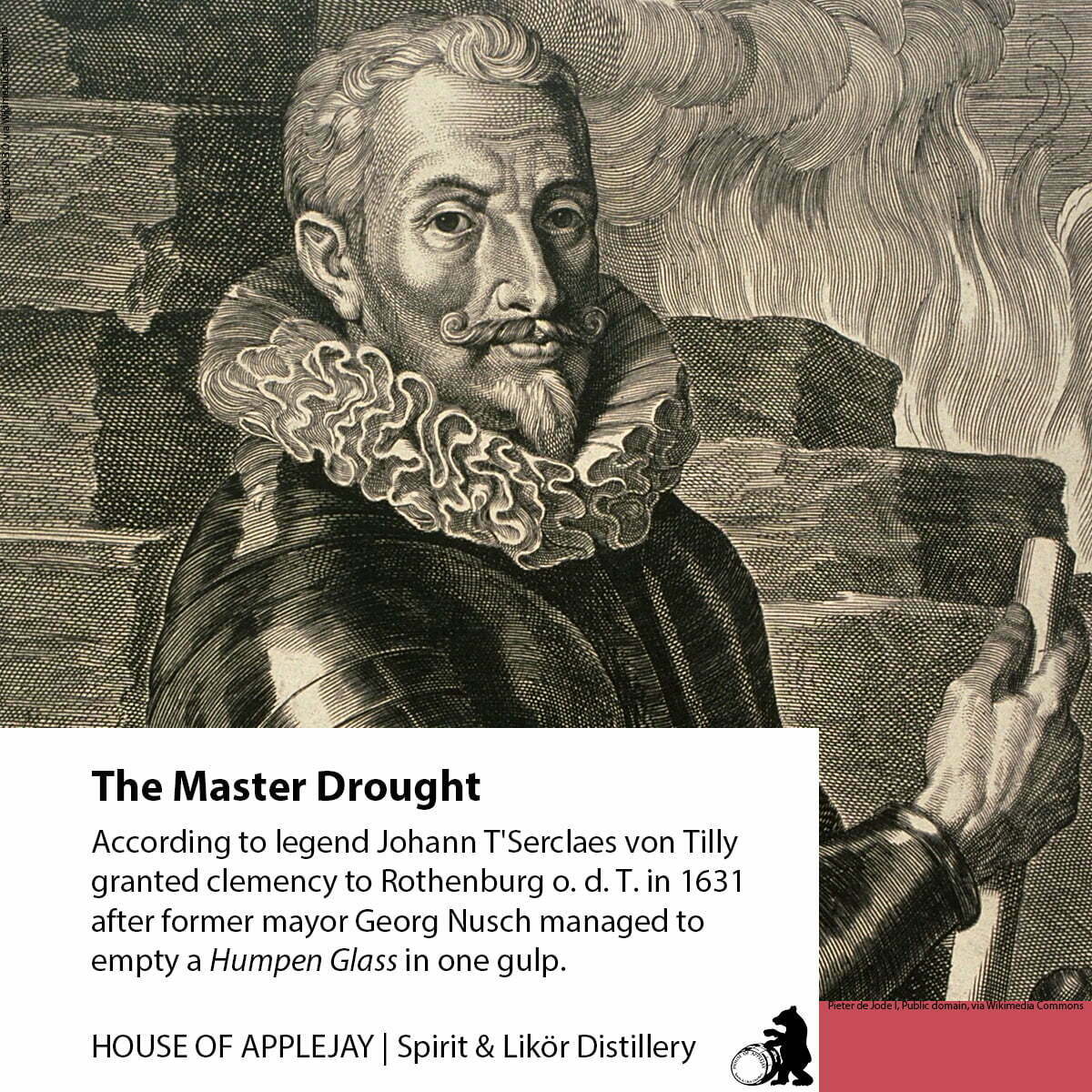 The “Master Drought” (German “Der Meistertrunk“) is a historical festival play that has been held annually since 1881 on the Pentecost weekend in the small town of Rothenburg ob der Tauber (o.d.T.), Germany. Traditionally, the Bavarian Prime Minister is patron. Since 2016, the festival has been part of the German UNESCO Intangible Cultural Heritage List.

The festival and play is based on a legend that took place during the Thirty Years’ War (1618-1648). In October 1631, the Protestant imperial city of Rothenburg o.d.T. was under the protection of Sweden. This led to conflict when the troops of the imperial general Johann T’Serclaes von Tilly (1559-1632), reached the city on October 28th, 1631. The Catholic generals’ initial order was to sentence the Protestant city councilors to death. When Tilly was offered the finest of Franconian wine served in a huge Humpen Glass (which holds little less than a gallon) he changed his mind and offered the city a bet: According to legend Tilly promised to spare the town if one of its councillors could down a full Humpen Glass of wine in one go. The city mayor Georg Nusch volunteered. He managed to empty the cup in one hearty drought astonishing everyone. Tilly was so impressed that he spared the town as promised.

Reports of the 17th century don’t confirm the “Master Drought” legend. Later, in the 18th century, Georg Heinrich Schaffert’s (1739-1794) reported about it. An early version described that Tilly promised mercy if one of the vanquished drank a Humpen Glass of poisoned wine. The current form of the legend is first found in a footnote of Johann David Wilhelm von Winterbach’s history of the city of Rothenburg written in 1826.