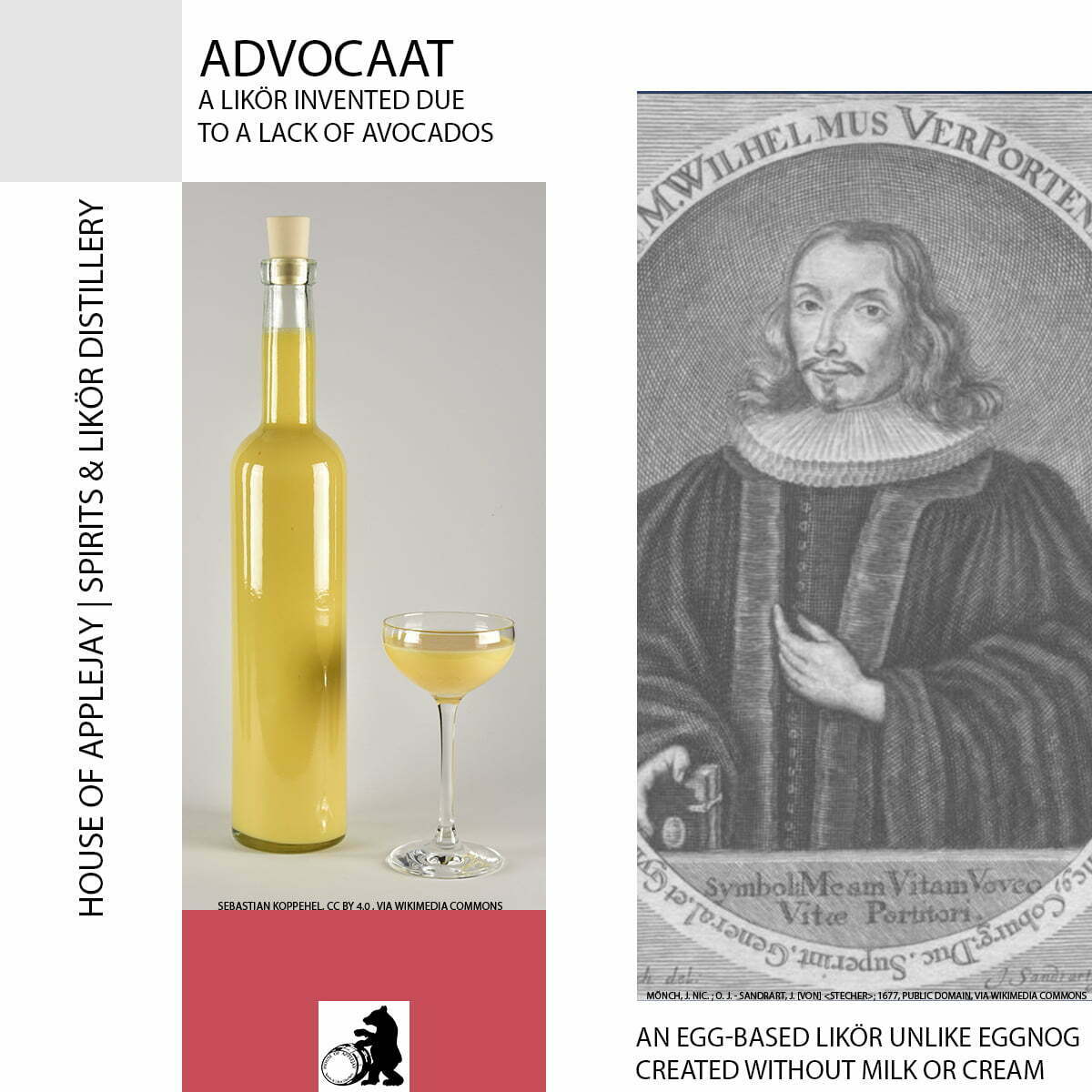 Dutch Brazil (also New Holland) was a Dutch colony in northeastern Brazil from 1630 to 1654. So it may not surprise that in the 17th century, the Brazilian drink “Abacate” which was brewed by the indigenous people of the Amazon was introduced to the Dutch people in Netherland.

The drink “Abacate” was made with avocados mixed with cane sugar and rum, and was named in Dutch Advocaat. According to the manufacturer Verpoorten, company founder Eugen Verpoorten developed the Advocaat Likör in its current form in an effort to imitate this drink in Europe. Since avocados were not readily available in Europe, he used egg yolks instead and invented Advocaat.

Eugen Verpoorten founded the company Verpoorten in 1876 in Heinsberg, Germany. The Antwerp-born distiller opened the “Liqeur-Fabrik & Colonialwaaren von H. Verpoorten“, where he produced commercial Advocaat (or Eierlikör) for the first time in history. The closely guarded recipe is said not to have been changed since the company was founded.

By law only an egg-based liqueur (Eierlikör) that contains at least 140g egg yolk per liter and at least 150g invert sugar per liter may be called Advocaat (also Avocat). Other than many eggnog recipes that contain cream or milk, products with milk or cream cannot bear the sales designation “Advocaat” or “egg liqueur” and must instead be labeled as “liqueur with added egg“.