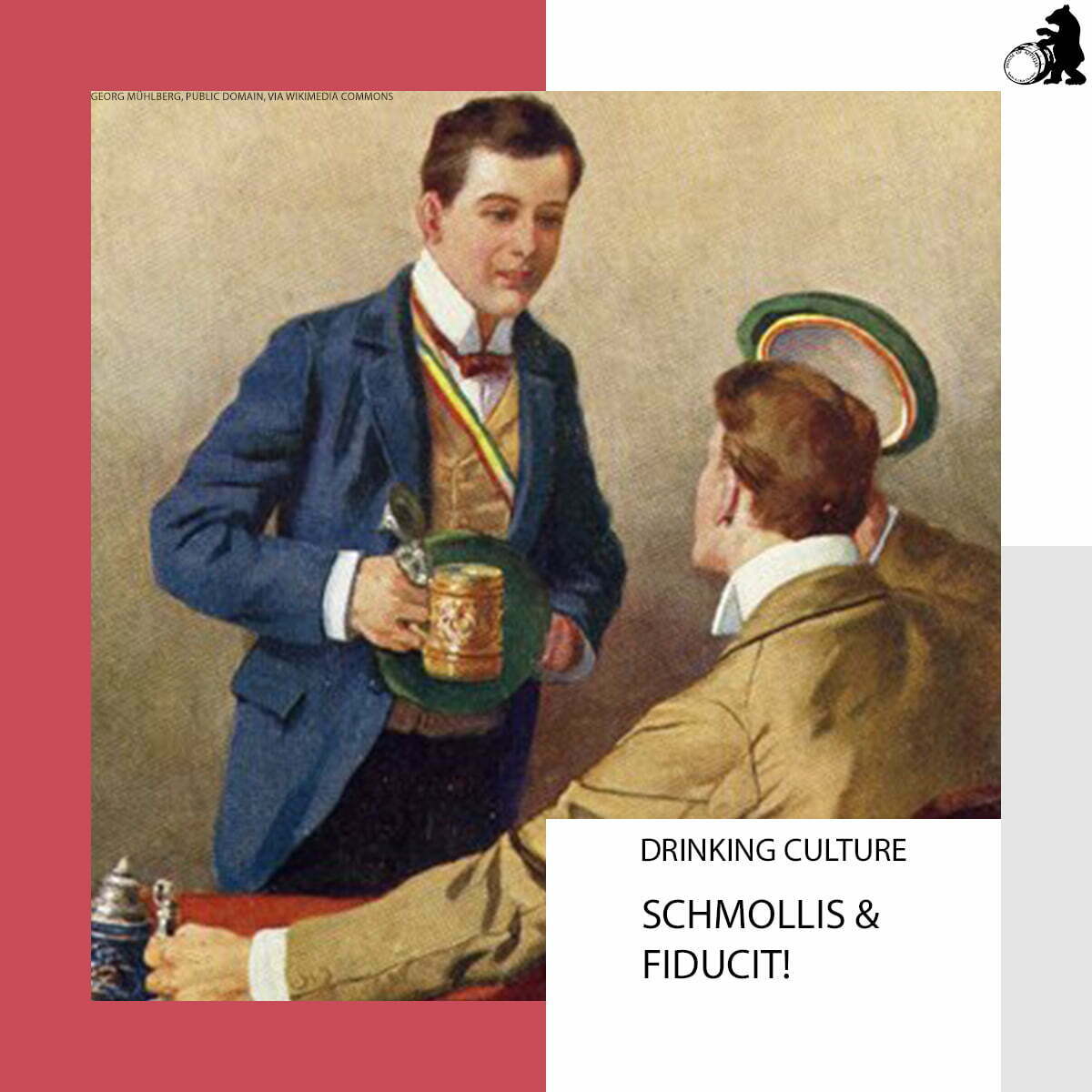 In student associations, the term “Schmollis” (also: Smollis, Schmolles) is used since before 1795 to initiate a drinking ritual called “Brüderschaft“, meaning “brotherhood drinking”. Schmollis is confirmed by  “Fiducit!” (meaning “It applies“) and in the following both parties involved are drinking up. The term is derived from the Latin “sis mihi mollis amicus” (meaning “Be a close friend to me“). Fraternity students that drink Schmollis remain on first-name terms. Many fraternities today have drinking rituals that are closely connected to the medieval academic drinking culture.

In 1821, German author E. T. A. Hoffmann describes in his satirical novel “The Life and Opinions of the Tomcat Murr” scenes from his life, but alienated into the world of cats. The poet’s studies at the University of Königsberg from 1792 to 1795 are described in the book where he was introduced to the customs of student life by an experienced “cat” named Muzius. In one scene Muzius says, “I won’t allow that, call me you, until we’ve had a Schmolles drink.”