May Wine & May Festivals 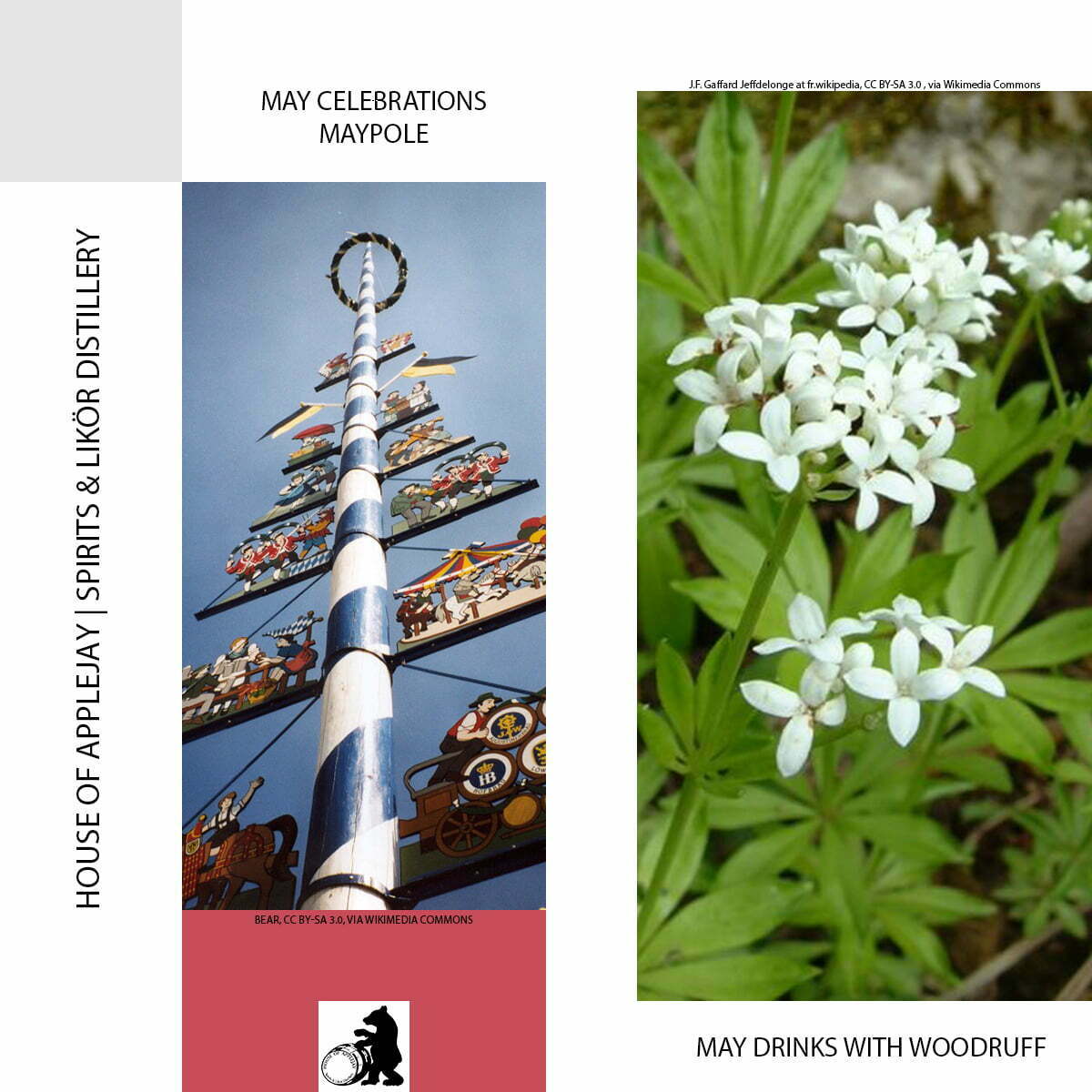 The Romans celebrated the spring-flower Floralies festival in the beginning of May. Since the Middle Ages on May 1st festivals were held to welcome spring throughout Europe. For centuries, the night from April 30th to May 1st was celebrated as Walpurgis Night. This custom lives on today in the “Dancing into May” tradition celebrating the beginning of the warm season. In the early modern period, various “pagan” customs were forbidden: The May Festival was banned in Scotland in 1555, and in 1644 the English Parliament banned the erection of maypoles.

Maypoles are colorfully decorated trees that are still erected on May 1st in many German villages. Villagers celebrate and are dancing around the maypoles, and often a “Queen of May” is crowned among the villagers.  The village with the largest and most beautiful maypole wins the annual maypole contest. In Bavaria, for example, the maypoles are sometimes stolen by the other villages and must be defended by their owners. According to the unwritten law of tradition, a community whose tree has been stolen must “redeem” it from the thieves for a fair amount of beer.

A Maibowle (also known as May wine, Maiwein or May drink) is a punch that is known for its intense aroma of fresh woodruff, and is typically served for May celebrations. The first mention of “Maiwein” (May Wine) was made by the Benedictine monk Wandalbertus from the Prüm monastery in 854 A.D.. The Maiwein was served in the monastery as a medicinal drink to strengthen the heart and liver. The original Maiwein still contains the leaves of the black currant and ground Glechoma. Because of its taste and its stimulating effect, the woodruff was valued also by the Vikings who used it for flavoring beer.

Read about the Haro Wine Festival in Spain.