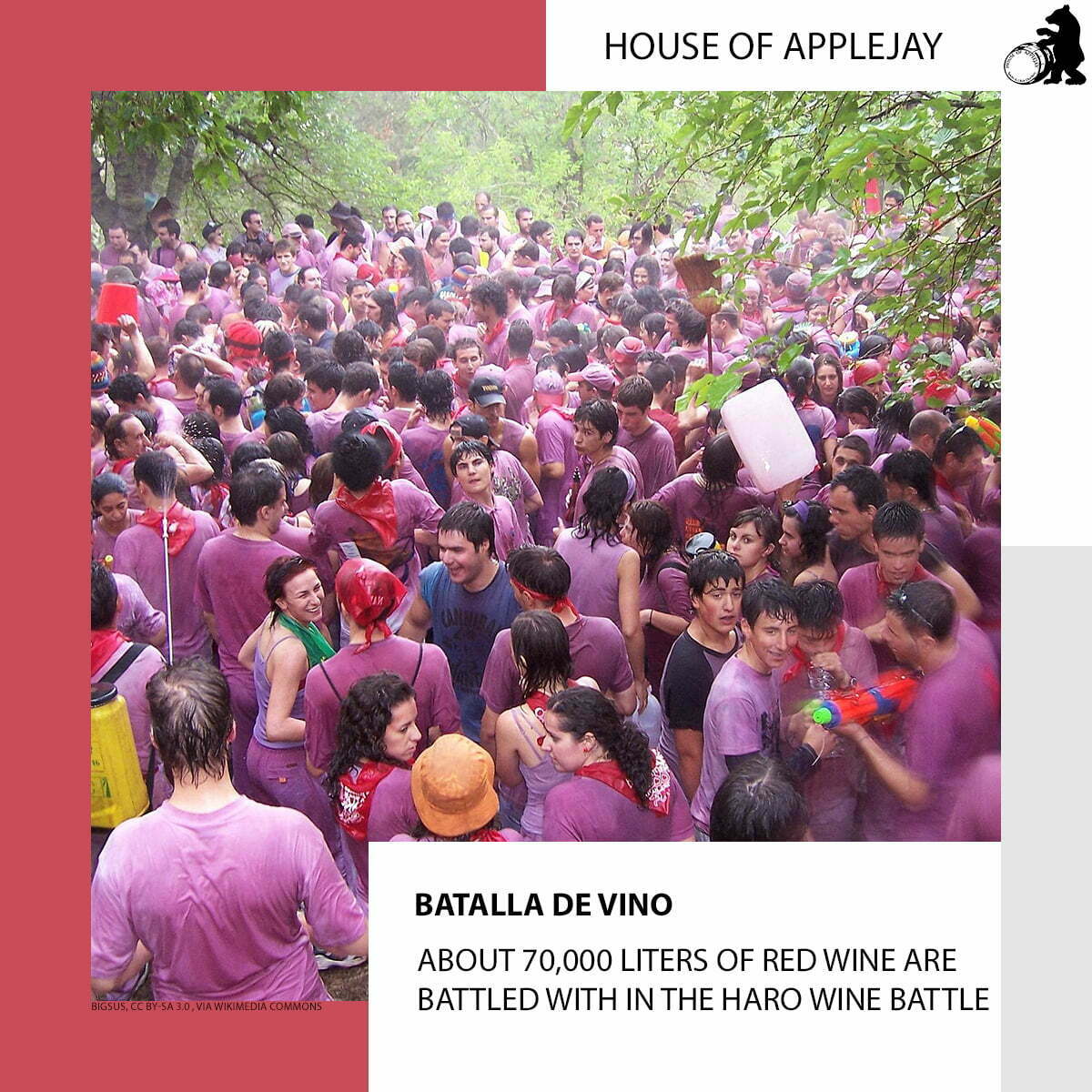 Batalla de Vino is one of the most famous festivals in Spain. It’s a wine battle in Haro where Rioja red wine is used as ammunition. It takes place every year on June 29th, Saint Peter’s Day, in the heart of the Rioja wine region.

This tradition probably goes back to a dispute between the winegrowers of Haro and those of the nearest town Miranda del Ebro over the ownership of a mountain ridge. Miranda del Ebro is only 22 km away but belongs no longer to Rioja but to Castile.

The Haro Wine Battle is fought near the Chapel of San Felices, four miles northwest of Haro. After the morning service in Riscos de Bilibio near Haro, this peaceful battle begins between two groups who tirelessly splash wine on each other. This impressive spectacle ends around noon. Afterwards, everyone returns to Haro and gathers in the Plaza de la Paz.

In the spectacle with annually around 10,000 participants dressed in white about 70,000 liters of red grape juice are battled with. The splash attacks not only use wine skins, but all sorts of containers, including water pistols filled with wine.

Even if local residents claim that the origin of the wine battle is based on a true event, the first wine battle has never been proven to this day. The only thing that is certain is that it has existed since the 18th century and usually lasts an hour and is won by everyone. Today, the city of Haro is one of the best and most famous Rioja villages for red wine.

Read about the May Wine Festivals.