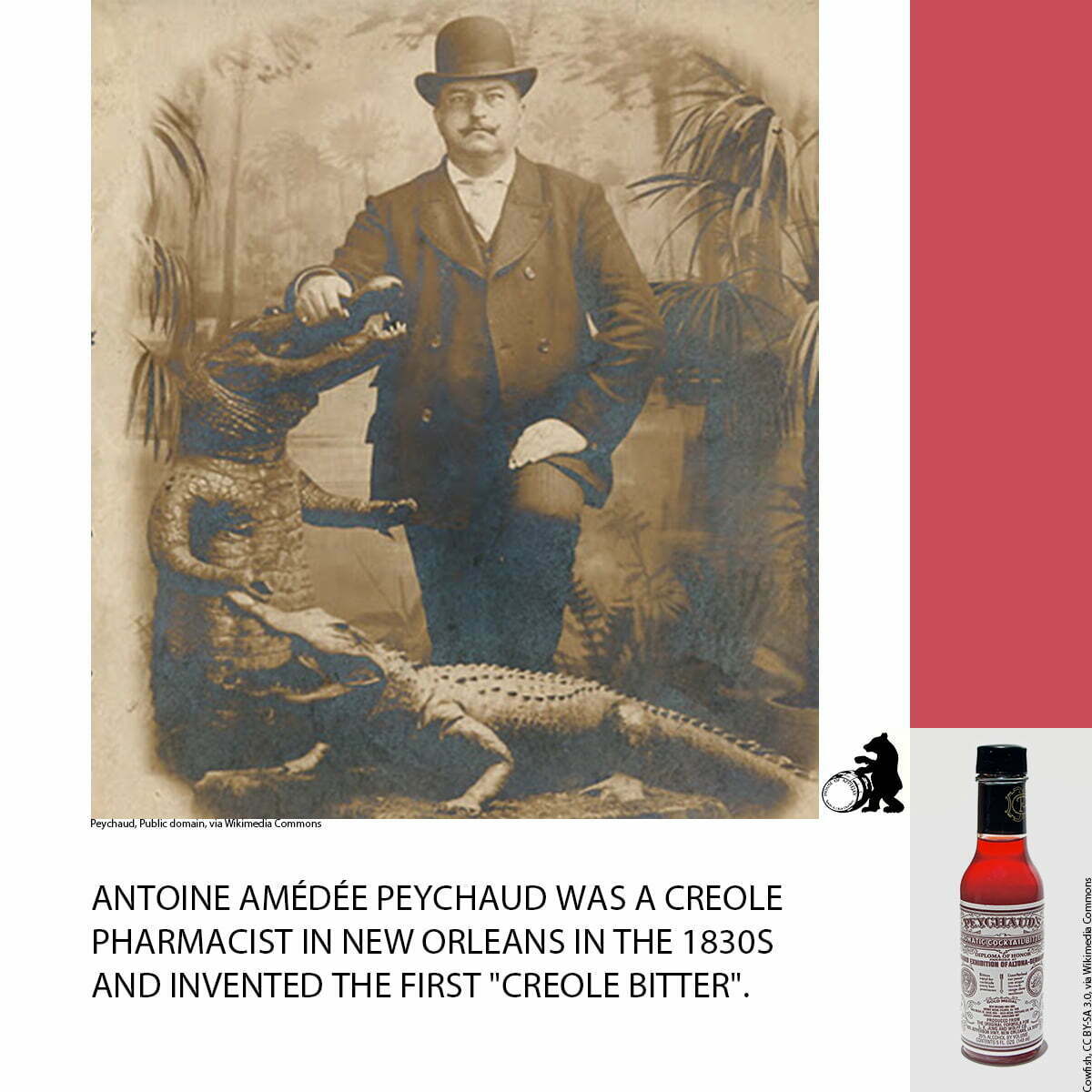 In the 1830s, Antoine Amédée Peychaud, a Creole pharmacist in New Orleans, invented a gentian-based bitter that turns cocktails reddish. Peychaud came from the French colony of Saint-Domingue (now Haiti), and compared to Angostura bitters, Peychaud’s Bitters have a lighter and sweeter floral taste. Cocktail bitters with this style of flavor are called “Creole Bitters“.

Drinks with spirits, sugar, water and a bitter are the archetype of American Cocktails. In 1859, “The Sazerac Coffee House” in New Orleans was newly opened, and John Schiller created the “Sazerac Cocktail” there for the first time. The Sazerac Cocktail was originally mixed with Sazerac de Forge & Fils Cognac and Peychaud’s Bitter. Peychaud’s bitter is the essential ingredient in the cocktail. When John H. Handy took over the bar in 1908, he changed the recipe to American rye whiskey as another alternative to cognac as the base spirit. As a New Orleans signature drink, the glass is previously wetted with absinthe and the cocktail is served without ice.

A famous lover of the “Sazerac Cocktail” was O. Henry (1862 -1910) an American writer of short stories. Also Huey Long and Tennessee Williams are said to have been fond of the Sazerac Cocktail. In fiction, W.E.B. Griffin’s Cletus Frade, an agent with the OSS ordered Sazerac Cocktail with oysters.

In 2008, the Sazerac Cocktail was declared the “Official Cocktail of the City of New Orleans” by law. Please note that one of America’s largest liquor makers, Sazerac, is named after the cocktail. Today, Peychaud’s Bitters are sold by the Sazerac Company and are made at the Buffalo Trace Distillery in Frankfort, Kentucky.