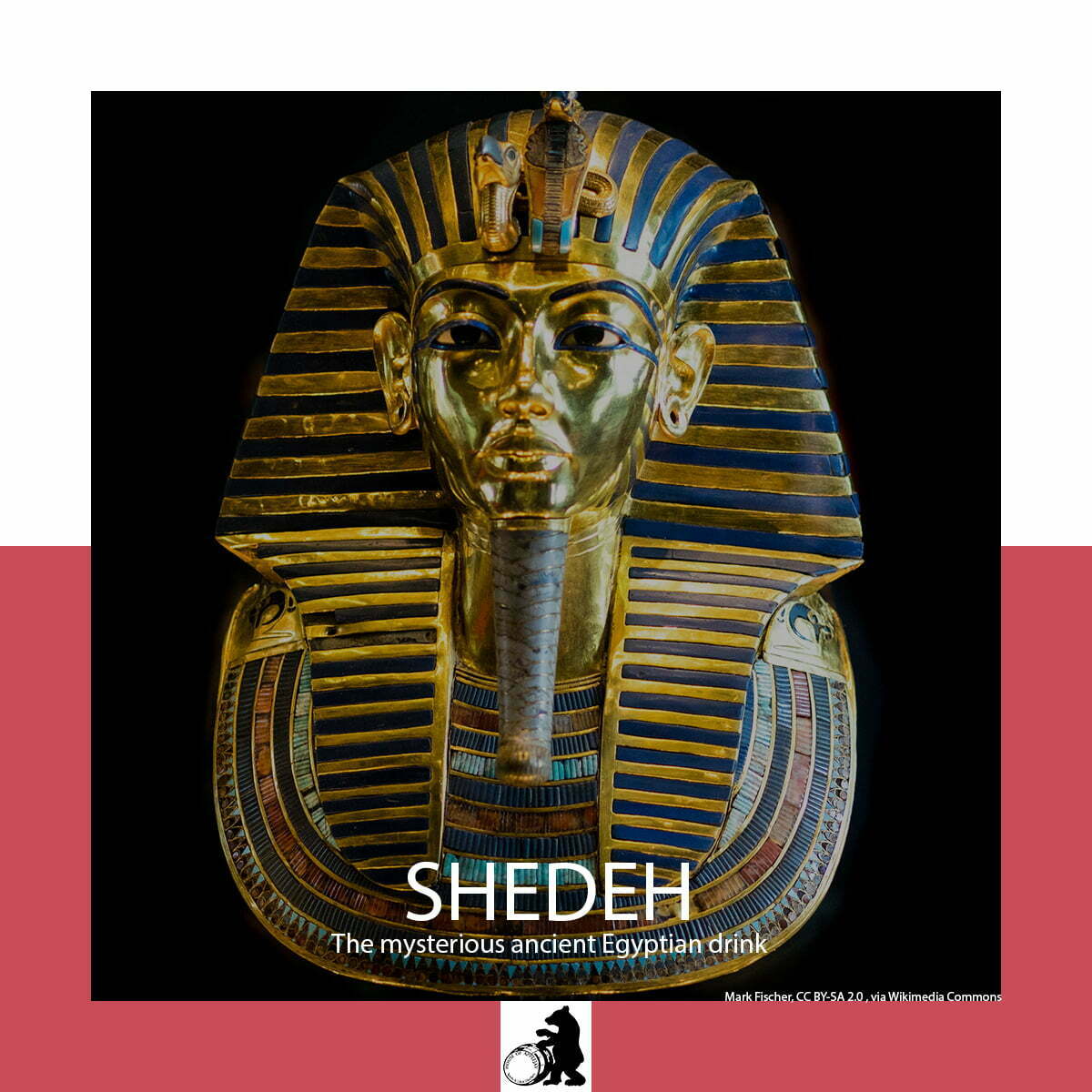 Shedeh is a mysterious ancient Egyptian drink whose contents remained unknown for many centuries. Scholars around the world argued if it was a wine made from pomegranates or maybe a grape wine? The production of Shedeh was described only once in an Egyptian text describing filtration and heating. Unfortunately, the document was incomplete, and the botanic origin of the drink remained unclear for hundreds of years. No mention or hint of its raw material was discovered until today.

Shedeh was described as the most desired drink in ancient Egypt. Pharaohs and wealthy people were known to drink it. In ancient Egypt it was custom to bury loved ones with the most precious food and drink, and Shedeh was a common grave good, even King Tutankhamun’s tomb had an amphora of Shedeh for his afterlife.

In 2005 a team of scientists form the university of Barcelona, Spain discovered an evidence of Shedeh’s origin by using the LC/MS/MS wine markers method for archaeological samples. The scientists used a residue sample from the Shedeh amphora that was found  in King Tutankhamun’s tomb. And the results revealed finally that Shedeh had a red grape origin.