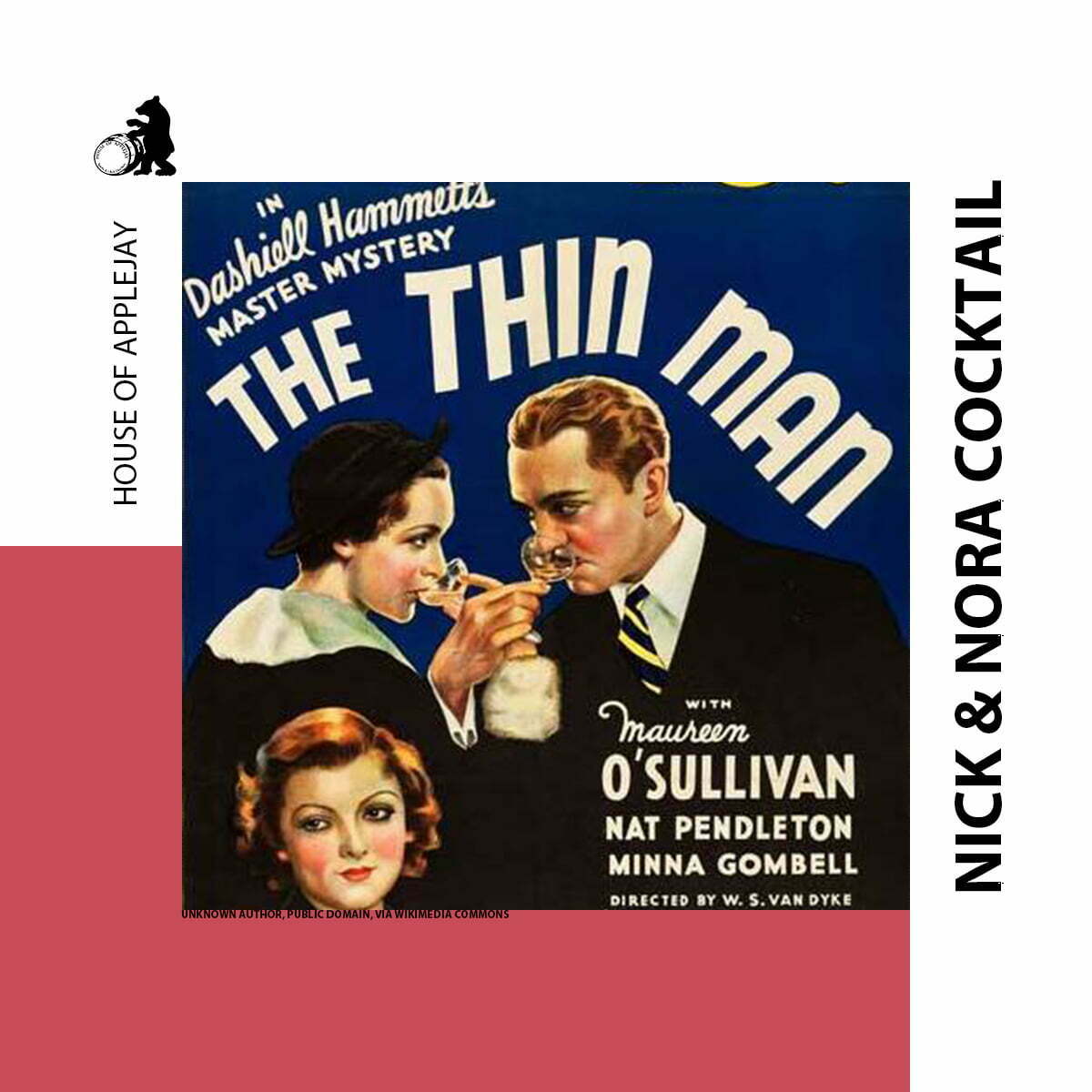 In 1934, Nick & Nora brought Cocktail Drinking to the big screen and made it famous. The drinking glamour couple Nick Charles (played by William Powell) and his rich wife Nora (Myrna Loy) solve murder cases in the refreshingly frivolous, fast-paced series of US crime comedies: with witty dialogues and of course a lot of cocktails!

The Nick & Nora cocktail, a perfect martini (optional with a dash of Orange Bitters), was first drank in The Thin Man. The film, based on a novel by Dashiell Hammett, and was so successful that five sequels followed until 1947. In the movies the drink is served in a slightly smaller, stemmed partly rounded cocktail glass (between a coupe and a traditional Martini glass) which is called after the movie couple Nick & Nora glass.

It should be noted that Nick Charles was actually the first movie star to ask for a shaken martini – long before James Bond created the Vesper Martini.

Bronx Variant: Juice of 1/4 Orange
Add all ingredients to a cocktail shaker filled with ice cubes and shake vigorously. Strain into an iced Nick & Nora glass (or martini glass).