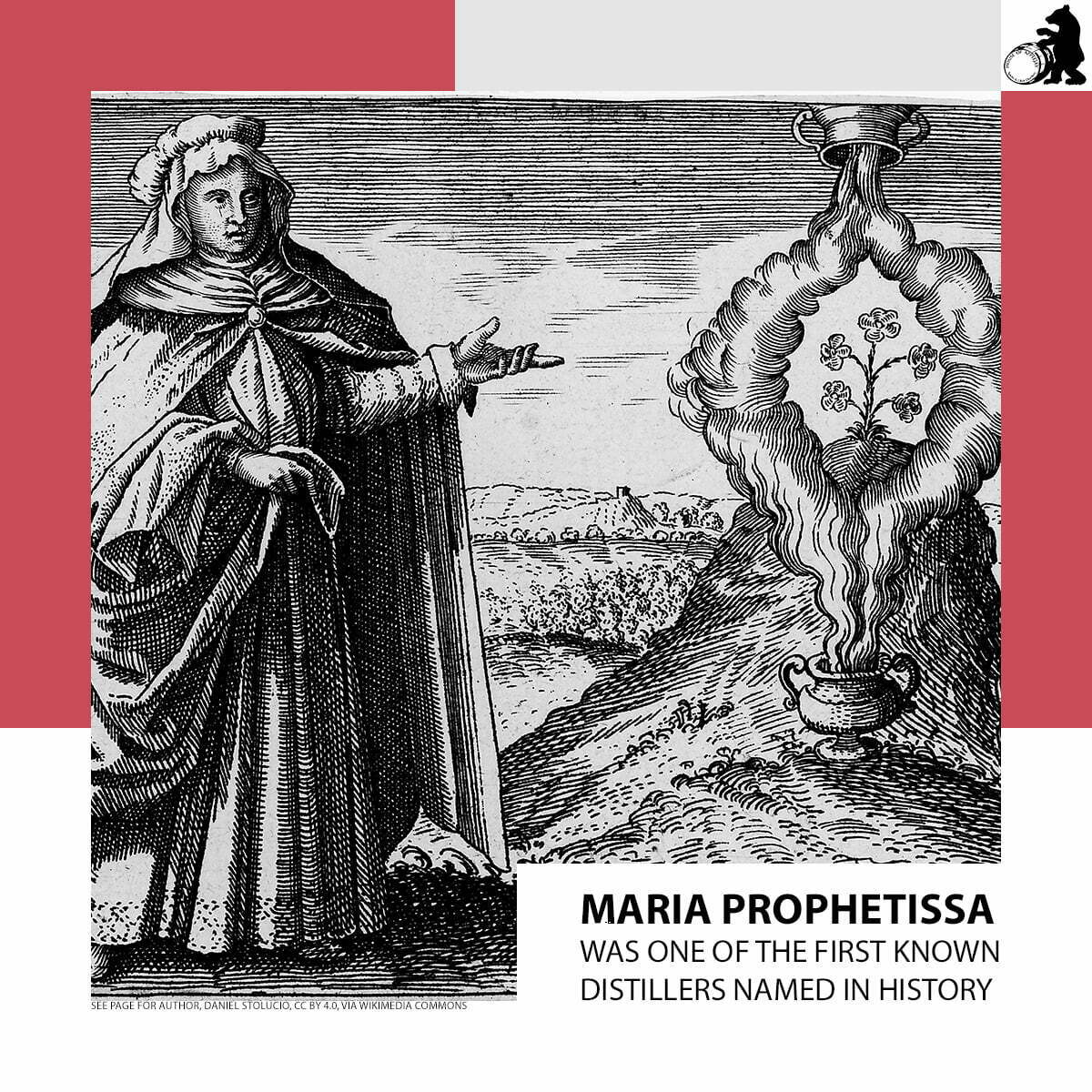 Maria Prophetissa (also Maria Prophetissima, Maria the Jewess, Maria the Hebrew, or “daughter of Plato”) lived sometime between the 1st and 3rd century A.D. in Alexandria, Egypt. She is a key figure in Hellenistic Alchemy. Zosimos from Panopolis (ca 3rd to 4th century A.D) describes Maria as an inventor of several ovens and vessels for cooking and distilling alchemical elements. (Zosimos from Panopolis, also Zosimus Alchemista was an influential ancient Greek alchemist and Gnostic mystic).
According to Zosimos Maria Prophetissa was mostly known for inventing the distilling equipment known as tribikos. There are alembics with two (dibikos) and three (tribikos) receivers. Early alembic drawings appear as well in the works of Cleopatra the Alchemist, and Synesius.

Despite the fact that Maria Prophetissa never wrote and published herself, she was referred to as one of the most influential alchemists of all times by later generations of alchemists and chemists. Her tribikos consisted of more than one clay pot being connected by copper pipes. The lower vessel reveals the liquid to be distilled, the vapor rises in an overlying clay pot, from where the condensate drips through three copper tubes into three (glass) vessels. Zosimos stated that Mary recommended the copper or bronze used to make the tubes should have the thickness of at least a frying pan to create satisfying results.

Maria Prophetissa is one of the first known distillers named in distilling history.