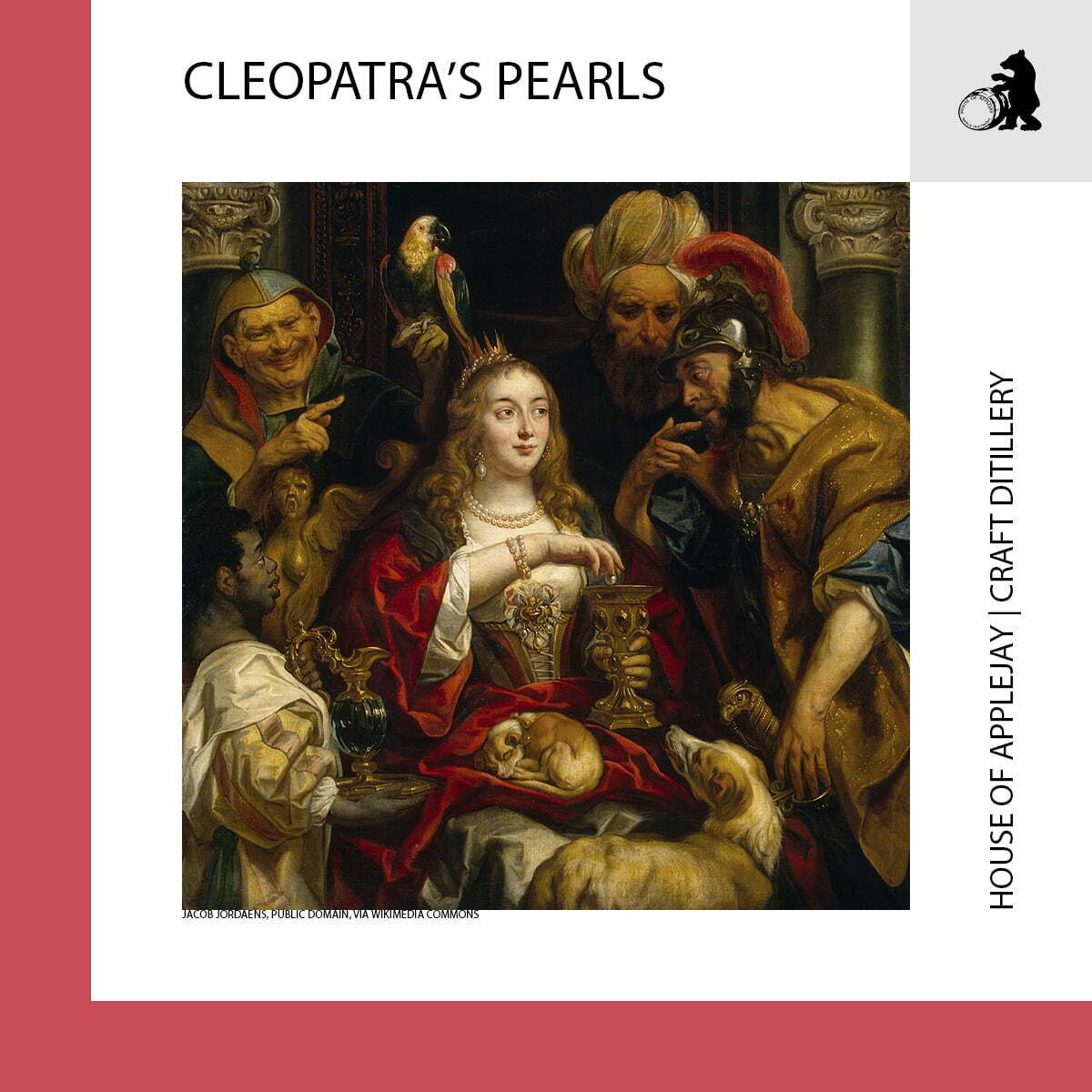 Cleopatra’s pearls (also called Cleopatra’s banquet) is a famous bet described of Pliny The Elder (Natural History 9.119-21). The last of the Egyptian Queens owned the two greatest pearls of her time which had been given to her by oriental kings. Antony was known to enjoy the Egyptian luxury life, and Cleopatra is said to have mocked Antony’s attempts of a lavish lifestyle. One day, Cleopatra bet that she would consume the unbelievable sum of 10,000,000 Sesterces during just one dinner, and Antony did not believe that this could be done. Cleopatra invited Antony to a luxurious banquet – but Antony laughed and asked Cleopatra for proof that she really spend as much as she had bet. She though assured him that she would consume the sum at the dinner alone. Cleopatra then ordered to serve the next course. According to instructions, the servants servered her only but a cup of vinegar. While Antony wondered what this was meant for, she took a pearl out of her ear and dissolved it in the vinegar and drank it. Lucius Plancus, who evaluated the bet, put his hand on the other pearl that she prepared to dissolve in the same way and declared Antony has lost this bet.

The idea of ​​dissolving pearls in vinegar and drinking them is not limited to Cleopatra. Horace tells us about an even earlier story about the son of Aesopus who dissolved a fine pearl from the ear of Metella in vinegar.

Whereas, it is technically very well possible to dissolve pearls in vinegar (especially when heated), the time it would take to dissolve a very large pearl would take significantly more than a few moments – so either Pliny the Elder did not disclose all the details with his audience or the story of Cleopatra’s Pearls may be an ancient urban legend. If true though, Cleopatra’s Pearl drink would have been the most expensive drink of all times.

← Your Lips Must Touch The Toe Bootleggers & Baptists →
Back to blog