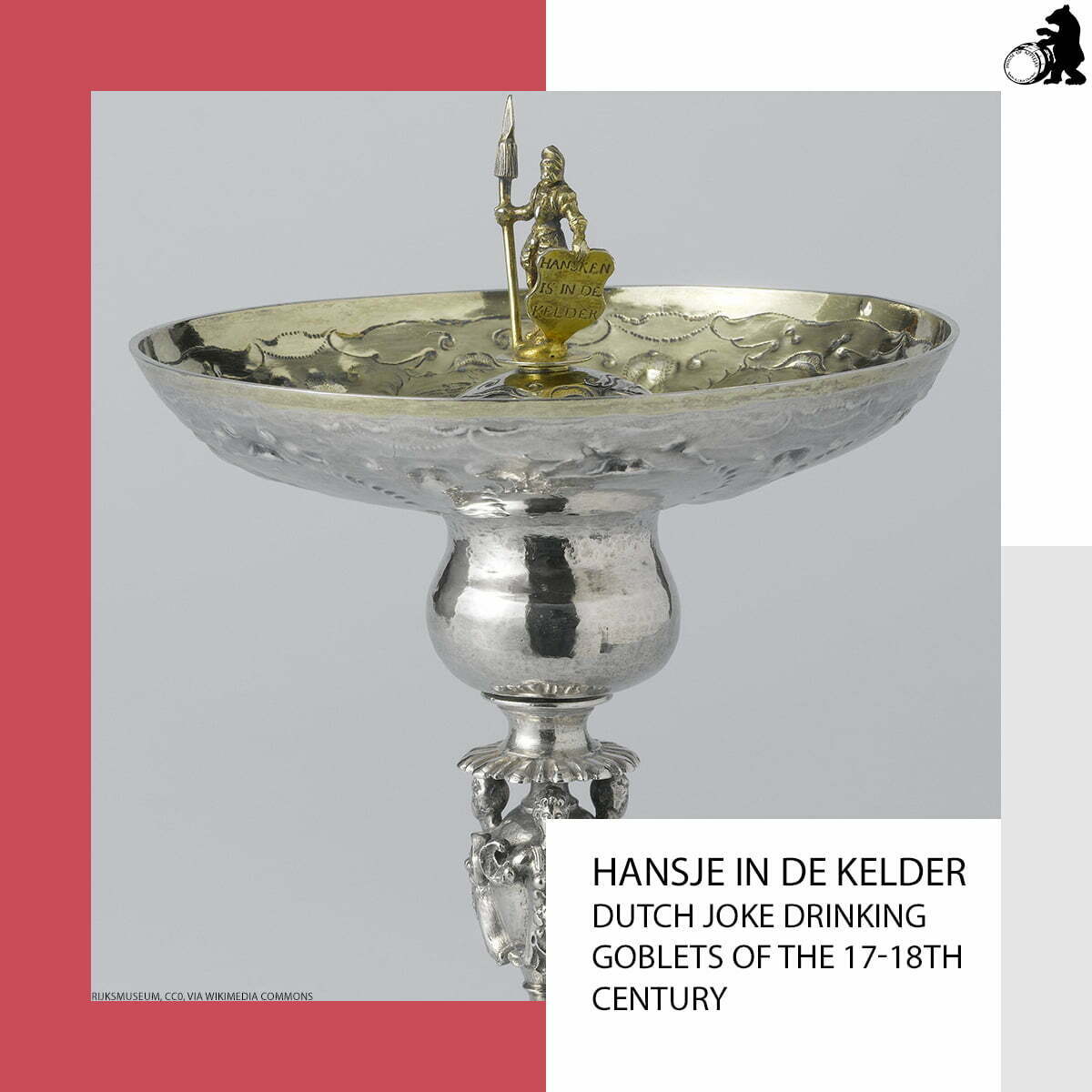 Hansje in de Kelder (German Hansel im Keller) translates to “Hans in the cellar“. It is a baroque joke goblet from the Netherlands that has a figurine hidden which appears when pouring liquid into the goblet. The figurine is hidden in the stand of the goblet. If liquid is added to the bowl, the figure rises thanks to the attached float and opens the little lid that is hiding the figurine.

These goblets were typically used for drinking to the health of an unborn child. The figure usually represents a boy (hence the name Hans, Hansje or Hansel). For girls people drank to the health of “Gretchen in the kitchen“. Only one known goblet in Germany houses a figure called Jacob. Most of these drinking goblets are made of silver, but there are also some examples that were made of glass.

The Amsterdam Pieter Codde depicted a Hansje in de Kelder goblet in a painting as early as 1636. It is unknown if these type of goblets may have been originally inspired by the Japanese “Tanjo no Shaka” tradition as some elements seem to be similar. The tradition was widespread in central Europe from the first half of the 17th to the middle of the 18th century.