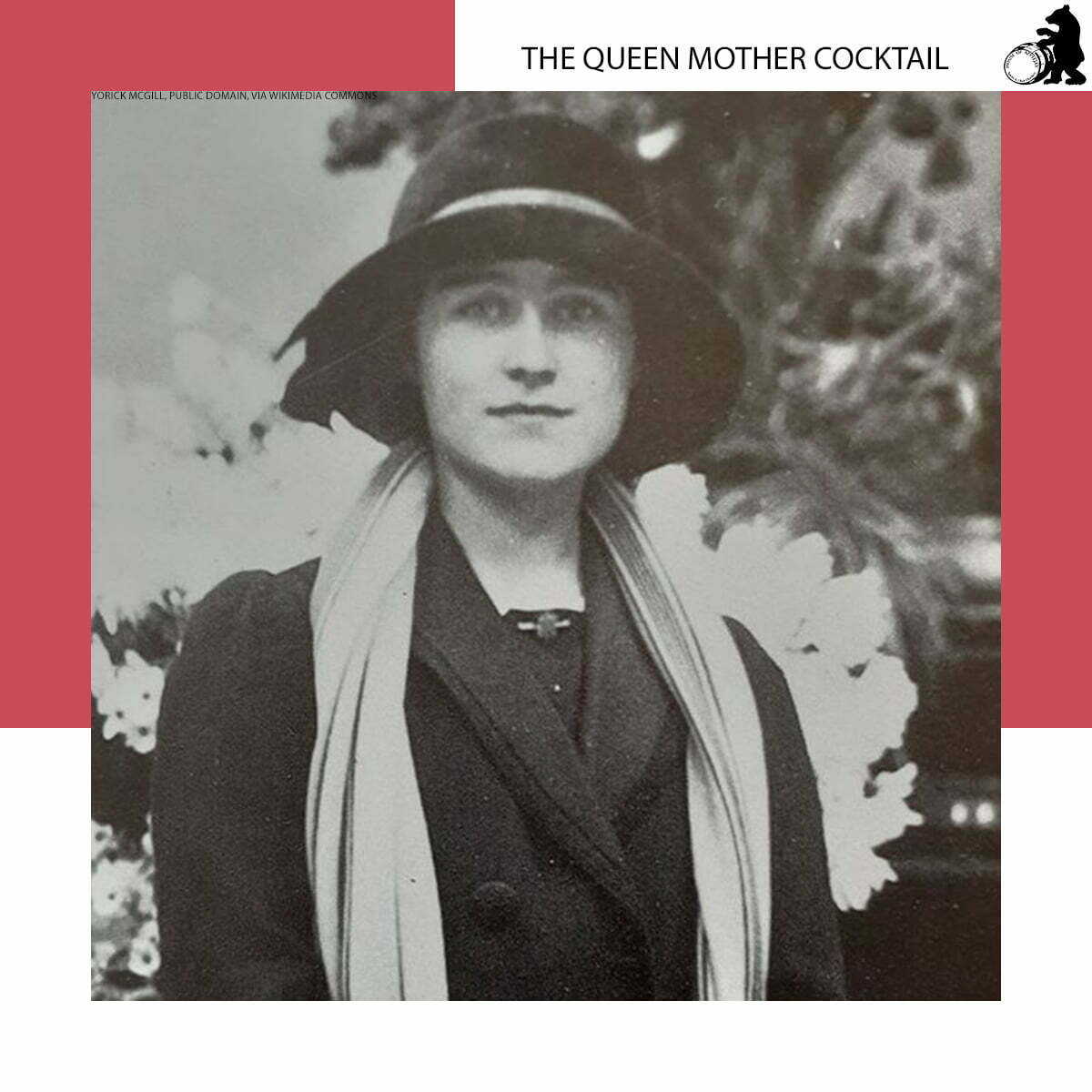 In 1846 Joseph Dubonnet invented a sweet, aromatized wine-based aperitif. Originally, it was meant as a malaria remedy for French legionnaires as it is a blend of fortified wine, herbs, and spices, and quinine but it should become “the Queens Favorite“.

Elizabeth Angela Marguerite Bowes-Lyon (1900–2002) known as Queen Elizabeth, the Queen Mother grew up in the British aristocracy in the beginning 20th century. Her passion to enjoy alcohol was known until her passing in 2002 at the age of 101. Some may even say that it kept her young.

The Queen Mother had a pattern in her alcohol consumption: At noon she enjoyed gin and Dubonnet, red wine and port for lunch, and champagne with dinner. She never appeared drunk in public, thus was known to enjoy drinking. Her beverage of choice was a blend of gin and Dubonnet (ratio, two parts Dubonnet to one part gin) – which became known as the “Queen Mother Cocktail“. Her daughter Queen Elisabeth II is known to be very fond of the Queen Mouther Cocktail as well. So, it does not surprise that Dubonnet was awarded a Royal Warrant by Queen Elizabeth II in November 2021.

Read also about the Sourtoe Cocktail, the Nick & Nora Cocktail and the Bond Martini.

← Salernus Pasteurization - a study of beer and wine →
Back to blog