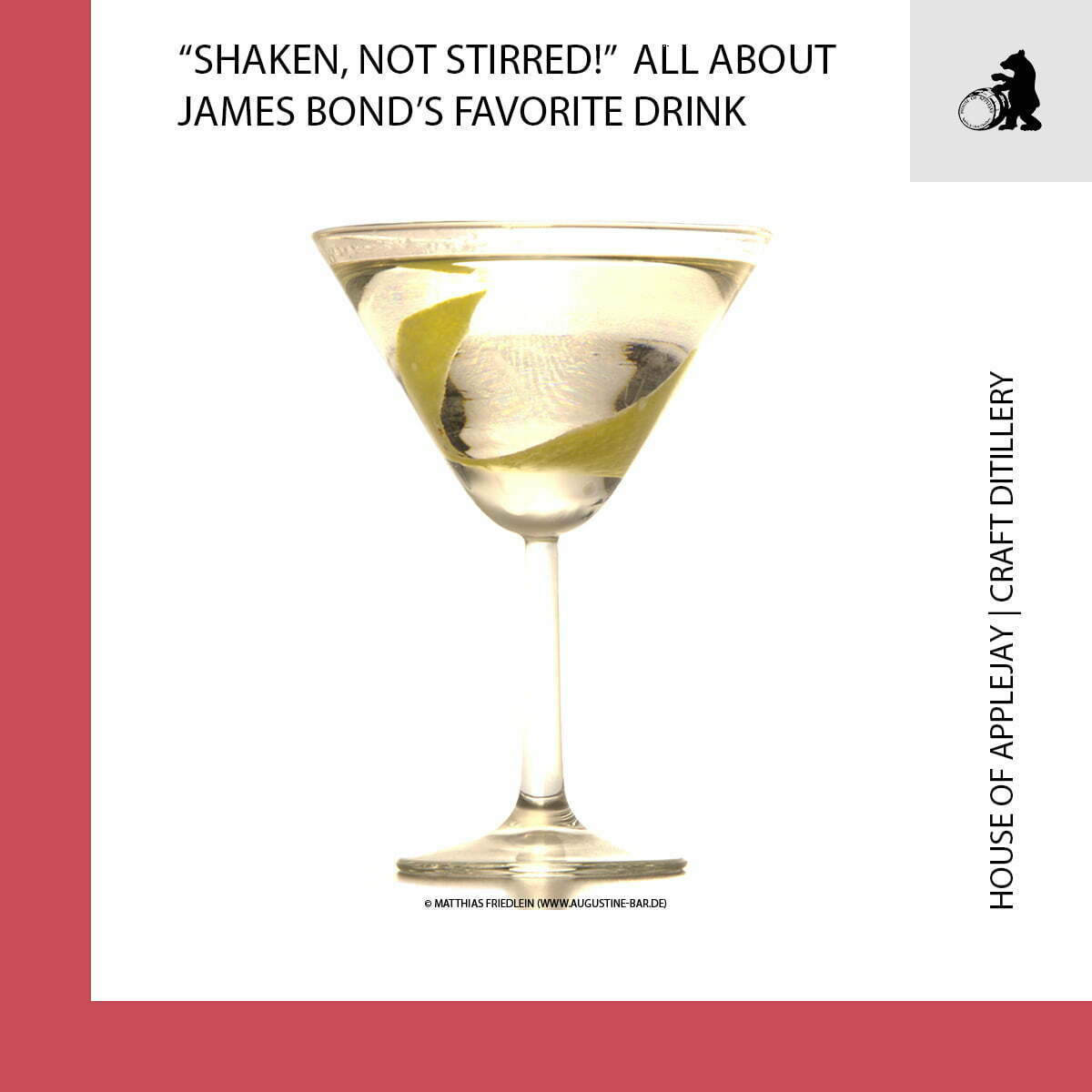 The original Bond Martini (“Vesper Martini“) was invented by author Ian Fleming for Casino Royale, the first James Bond book, in 1953. It is 3 parts gin, 1 part vodka and ½ part Lillet. It differs from a classic martini as it uses both gin and vodka, Kina Lillet instead of vermouth, and lemon peel instead of an olive. Bond later named this recipe after his then lover named Vesper.

This means that James Bond is a connoisseur of cold drinks on the run: He shakes the taste to the surface, and as he’s always in a hurry, he only drinks one sip at a time. By shaking the drink it cools down faster because it comes more intensively into contact with the ice than by stirring. That’s why he orders his drinks “Shaken, not stirred.”

Read also about the Queen Mother’s Cocktail, and the Sourtoe Cocktail.