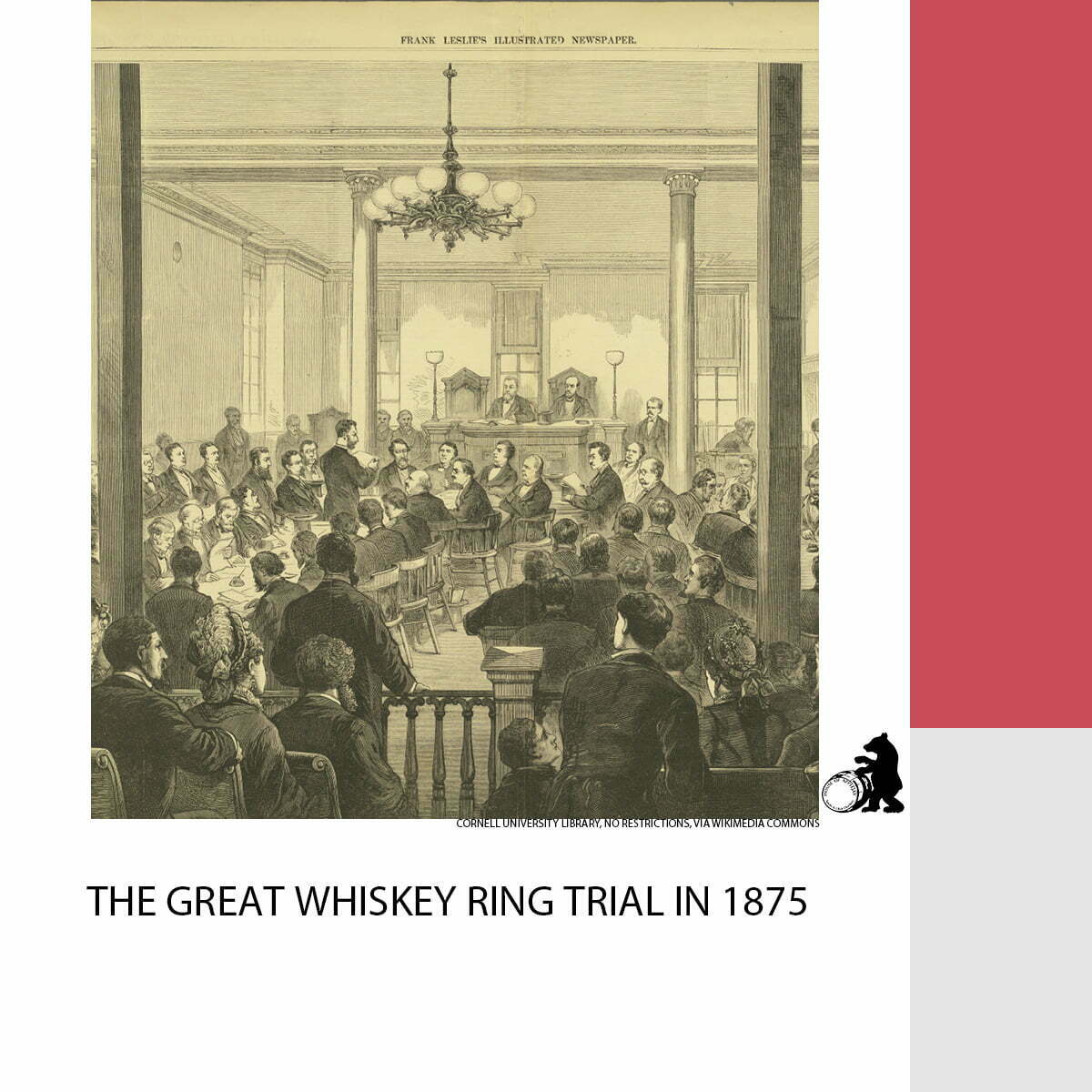 US Treasury Secretary Benjamin Bristow used secret agents from outside the Treasury Department to conduct a series of raids across the country and dissolved the close-knit and politically powerful Whiskey Ring. The Trials began in October 1875 and resulted in 110 convictions and recovered over $3 million in taxpayers’ money. President Ulysses S. Grant was not directly involved in the Whiskey Ring but this scandal of Republican corruption is remembered with his presidency.

← Stirrup Cup Is Aqua Vitae Whiskey? →
Back to blog