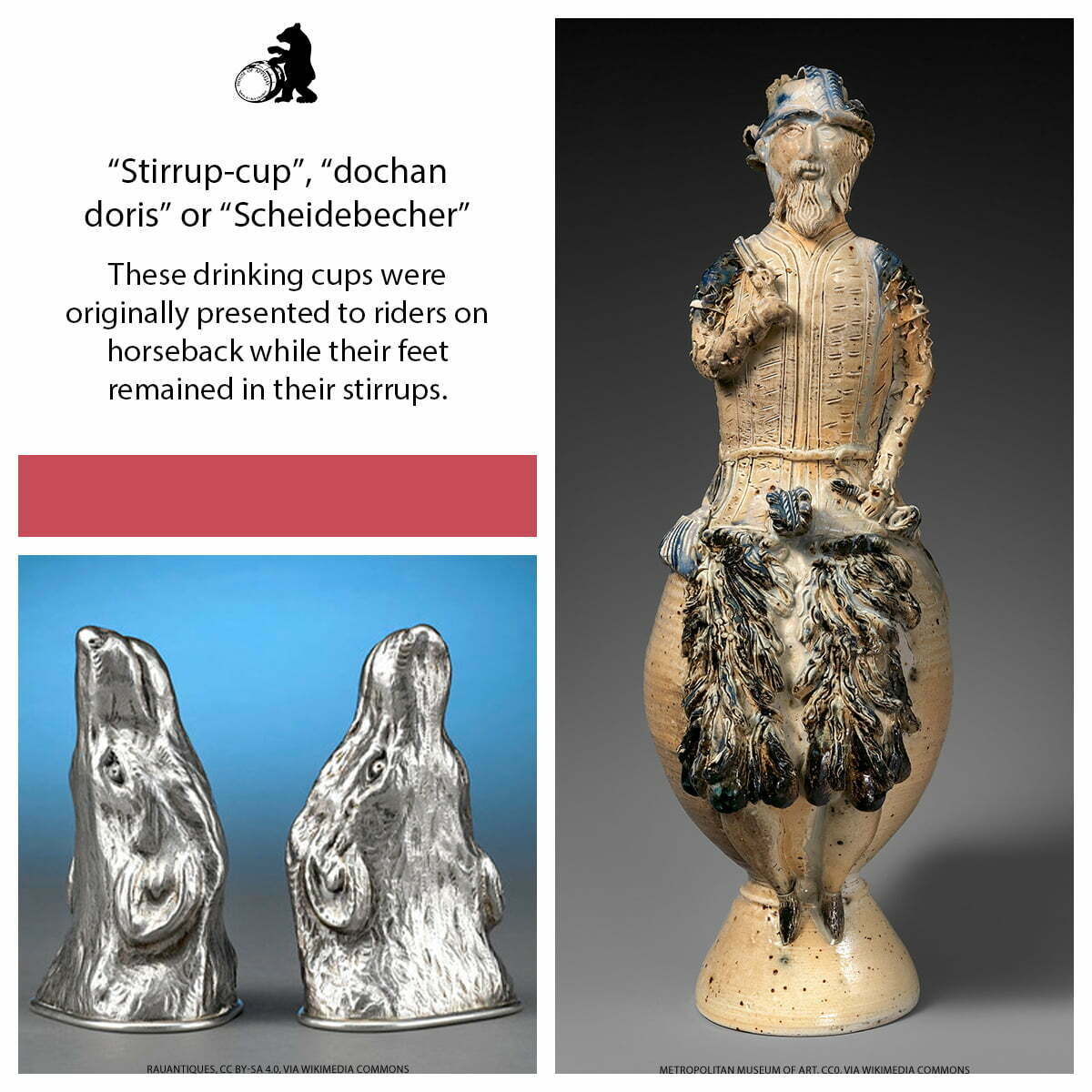 The last drink that is drunk at an event is referred to as a “stirrup-cup”, “dochan doris” or “Scheidebecher”.  A stirrup cup (also stirrup glass) refers to the process of saying goodbye to guests and handing them a drink while they are already about to leave – these drinks were originally presented to riders on horseback while their feet remained in their stirrups.

In the Scottish Highlands, a stirrup cup was as well the alcoholic start of a traditional fox hunt and it was handed in associated glasses. The term Scheidebecher originally comes from northern Germany or Westphalia. This drinking ritual was common in Scotland, England, and Germany since the late 18th and 19th century.

Death, thou’rt a cordial old and rare:
Look how compounded, with what care!
Time got his wrinkles reaping thee
Sweet herbs from all antiquity.
David to thy distillage went,
Keats, and Gotama excellent,
Omar Khayyam, and Chaucer bright,
And Shakespeare for a king-delight.
Then, Time, let not a drop be spilt:
Hand me the cup whene’er thou wilt;
‘Tis thy rich stirrup-cup to me;
I’ll drink it down right smilingly.