Jus Potandi – the Right To Drink 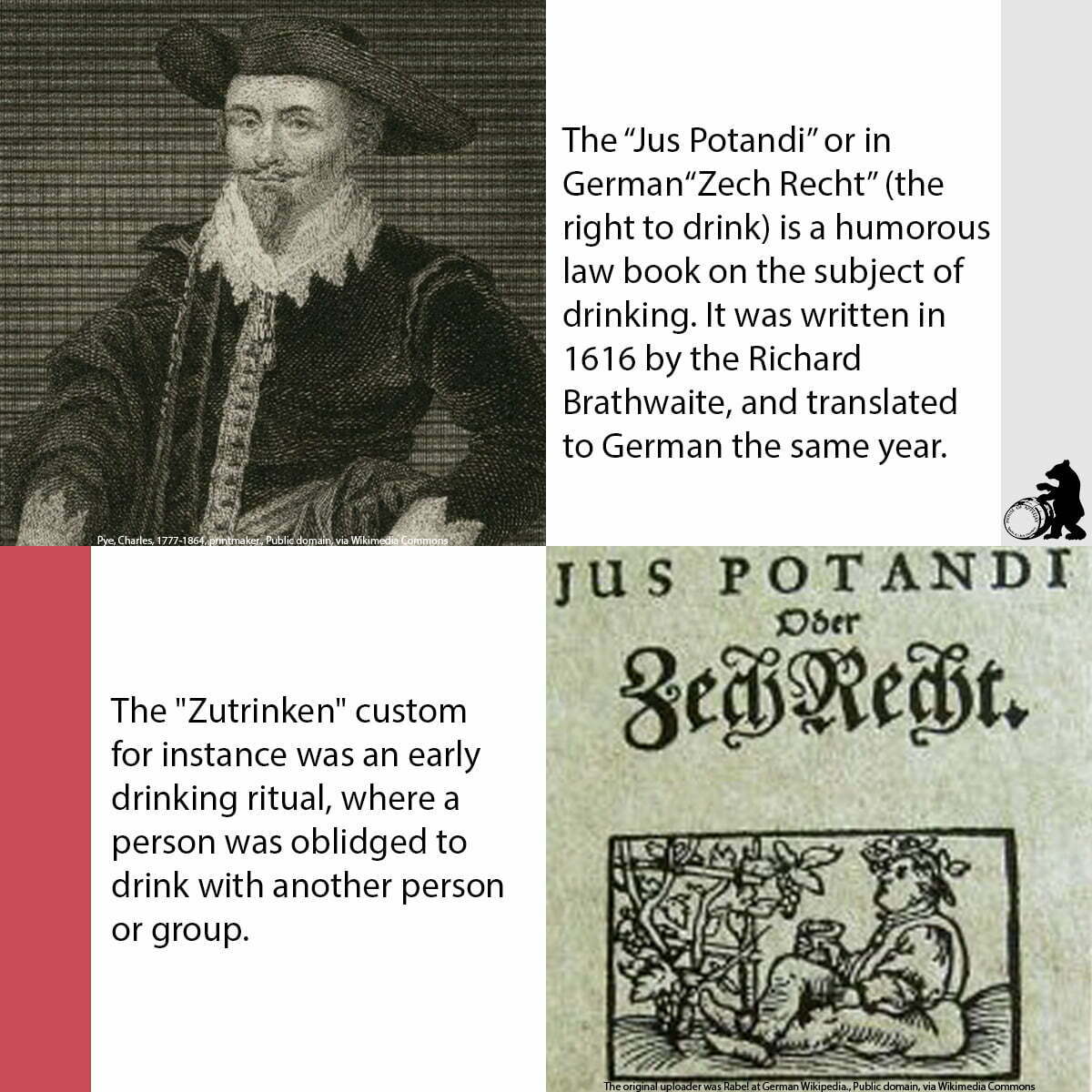 In the 17th century the text “Jus Potandi” or in German “Zechrecht” was written by an anonymous German author calling himself Blasius Multibibus (translating to Blasius, the heavy drinker). Jus Potandi is a legal-parodic text published in 1616, and it was the translation of the Disputatio inauguralis theoretico-practica jus potandi by the English poet Richard Brathwaite (1588-1673) from the same year. This text is a fascinating summary of European Drinking Culture in early modern period.

The “Zutrinken” customs for instance was some kind of early type of toast, where the person acknowledged was asked to drink with another person or a group of persons to honor or greet them. A non-compliant to respond to the invitation to drink was regarded as impolite, and socially not accepted. Whereas in the 17th century people started to question this “obligation to drink” ritual, it finds its roots in an older greeting ritual celebrated with bread and wine as described in the Old Testament (which is one of the oldest drinking customs of mankind).