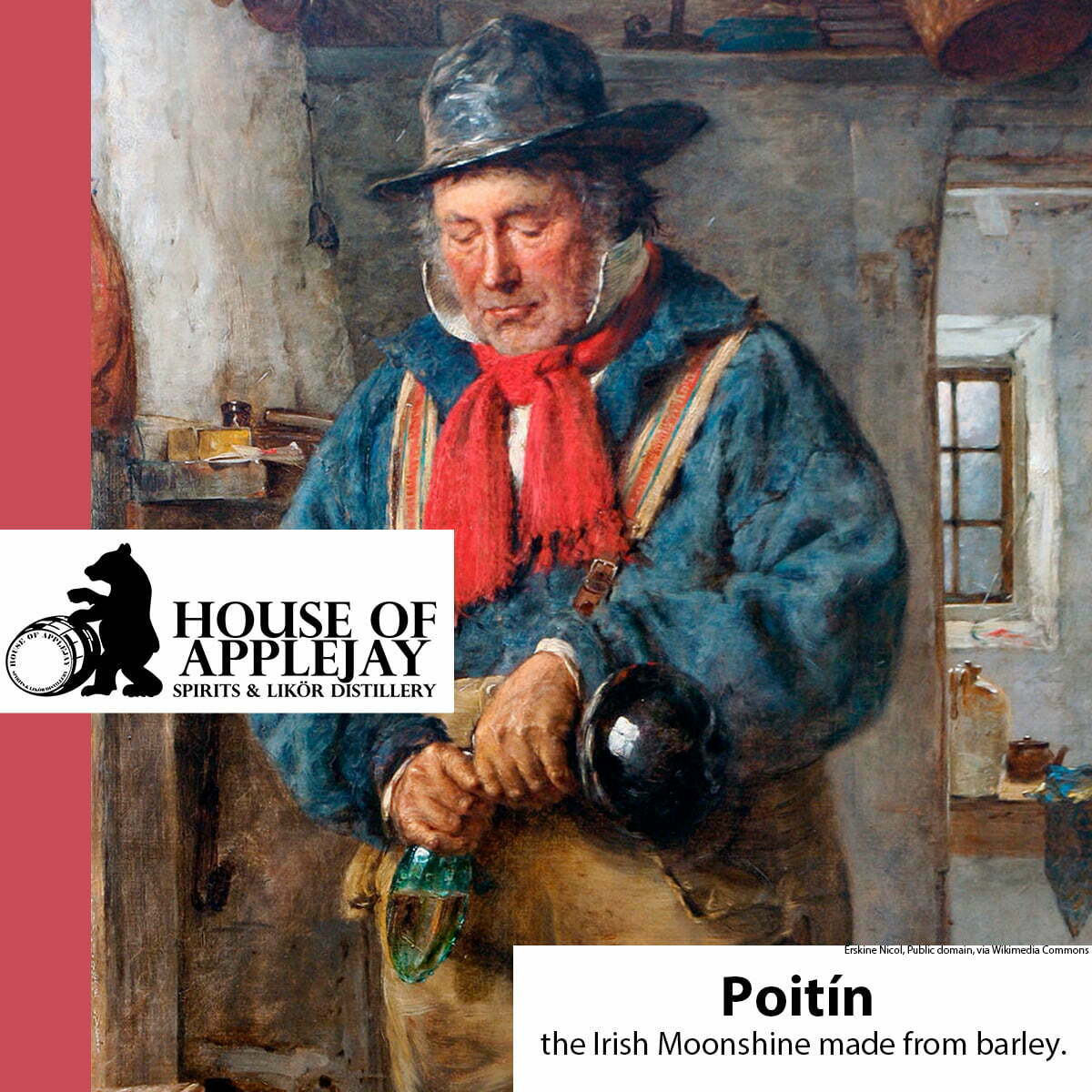 Poitín is a spirit made in Ireland. The name derives from Irish “pot” with the diminutive –ín (hence small pot), indicating that it has traditionally been distilled in small pots. The distillate was mainly produced in rural farming areas of Ireland. Poitín distillers created a wash of water, malted barley grain (sometimes potatoes), and sugar which was heated and then fermented with yeast. Poitín distillates can contain up to 90% alcohol by volume and are colorless due to short maturation periods. Sometime the taste is described as having a hint of fruit brandy.

In 1661 the Irish government forbid distillation in small pots making the production and consumption of Poitín subsequently illegal. The idea was to enforce and collect taxes on alcohol distilling – and home distilled spirits lowered tax collections for the government. As Poitín was made by private distillers in Ireland this law resulted in the banning of the drink in 1760. And this was about the time when the Irish schnapps made its way into Irish folk music and became the legendary Irish moonshine.

Poitín plays an important part in the Irish culture especially in rural areas. Literature, music and art work featured the drink such as Mcllhatton by Bobby Sands and Darcey’s Donkey by Gaelic Storm. The first film entirely in Irish language was called Poitín telling the adventures of a moonshiner in Connemara in 1979.

When in 1989 laws changed Poitín could be legally exported from Ireland for the first time since the 18th century. In 1997 the government of the Republic of Ireland change officially the legal status of Poitín, it though remained illegal in Northern Ireland. In 2008 Irish Poitín was granted a Geographical Indication Status (GI) by the European Union Parliament and the EU Council protecting Irish Poitín as a product exclusively produced in Ireland.