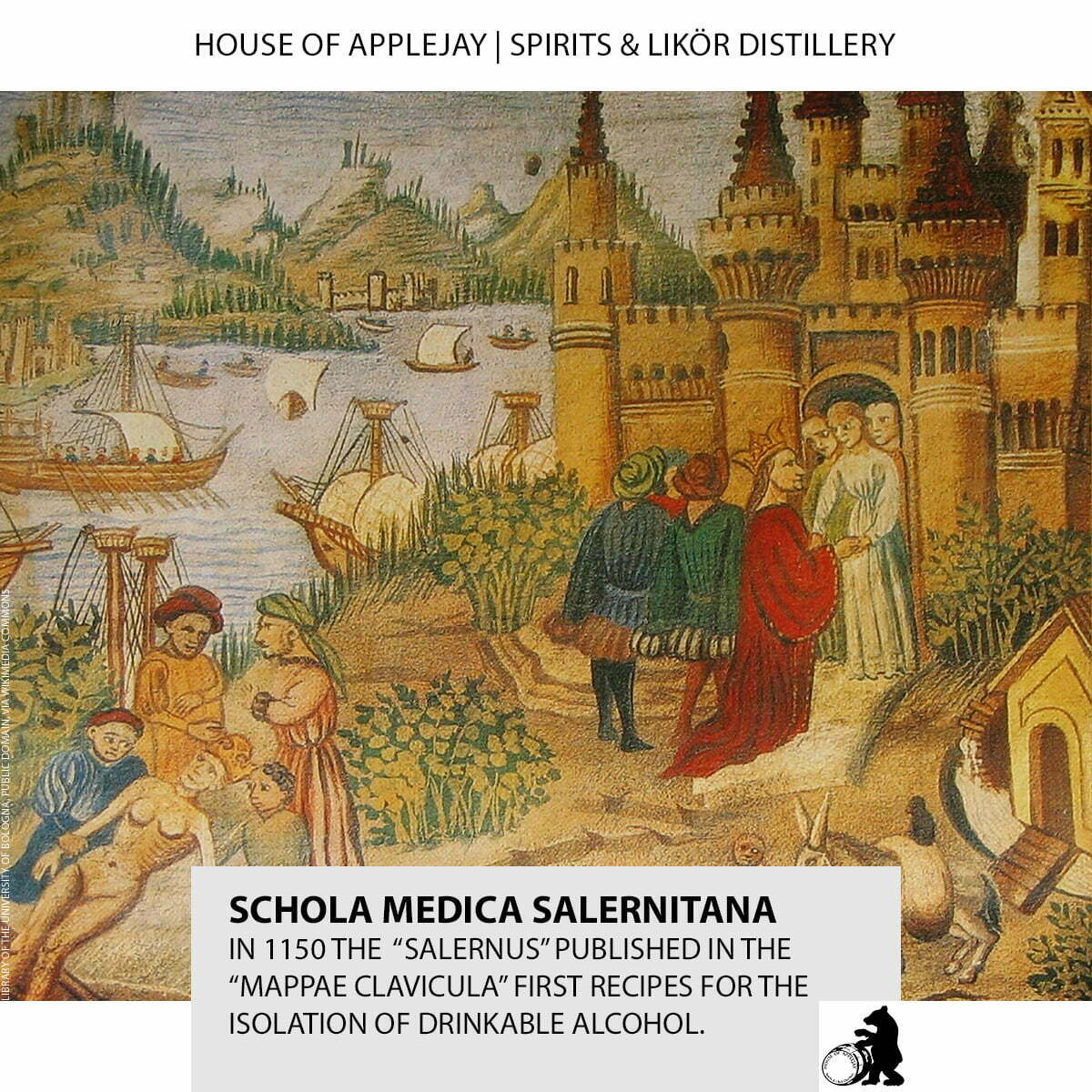 Magister Salernus was a medieval alchemist from the School of Salerno. In 1150 AD the “Master of Salerno”, alias “Salernus” published in the “Mappae Clavicula” recipes for the isolation of alcohol. This is the earliest mention of drinkable alcohol called “aqua ardens”. The description in Latin for making “aqua ardens” may refer to recipes originally from Alexandria and some of its parts may have been copied and/or later edited. There were earlier papers discussing so called “beneficial waters” that were created by distillation process but these recipes were not precise enough to prove that drinkable alcohol was actually produced.

The recipe of Salernus in 1150 AD follows the fashion of the middle eastern alchemists and their production techniques for distilling of rosewater. They used either red or white wine mixed with salt for the distilling process. This method of distilling by Salernus was written in alchemistic tradition in code, securing that it was being kept secret, and only his students would be privy to his knowledge. It lasted until 1500 AD until Hieronymus Brunschwig published his influential distilling book making distilling of alcohol public knowledge.

The School Medica Salernitana is considered to be the oldest university of Europe, despite never being named university. The medical center developed between 995 and 1087 AD out of the Monastery of Monte Cassino which maintained a hospital for sick monks in Salerno. Crusader ships landed in Salerno to have their patients cared for, and it developed fast to a hotspot of medical knowledge in Medieval Europe. The success of the Schola Medica Salernitana was based on a synthesis of Greek, Latin, Arab and Jewish culture and medical traditions in one medical center. They combined knowledge from all over the world studying scripts and works from scientist and alchemists.