Where The Spirits Come From… 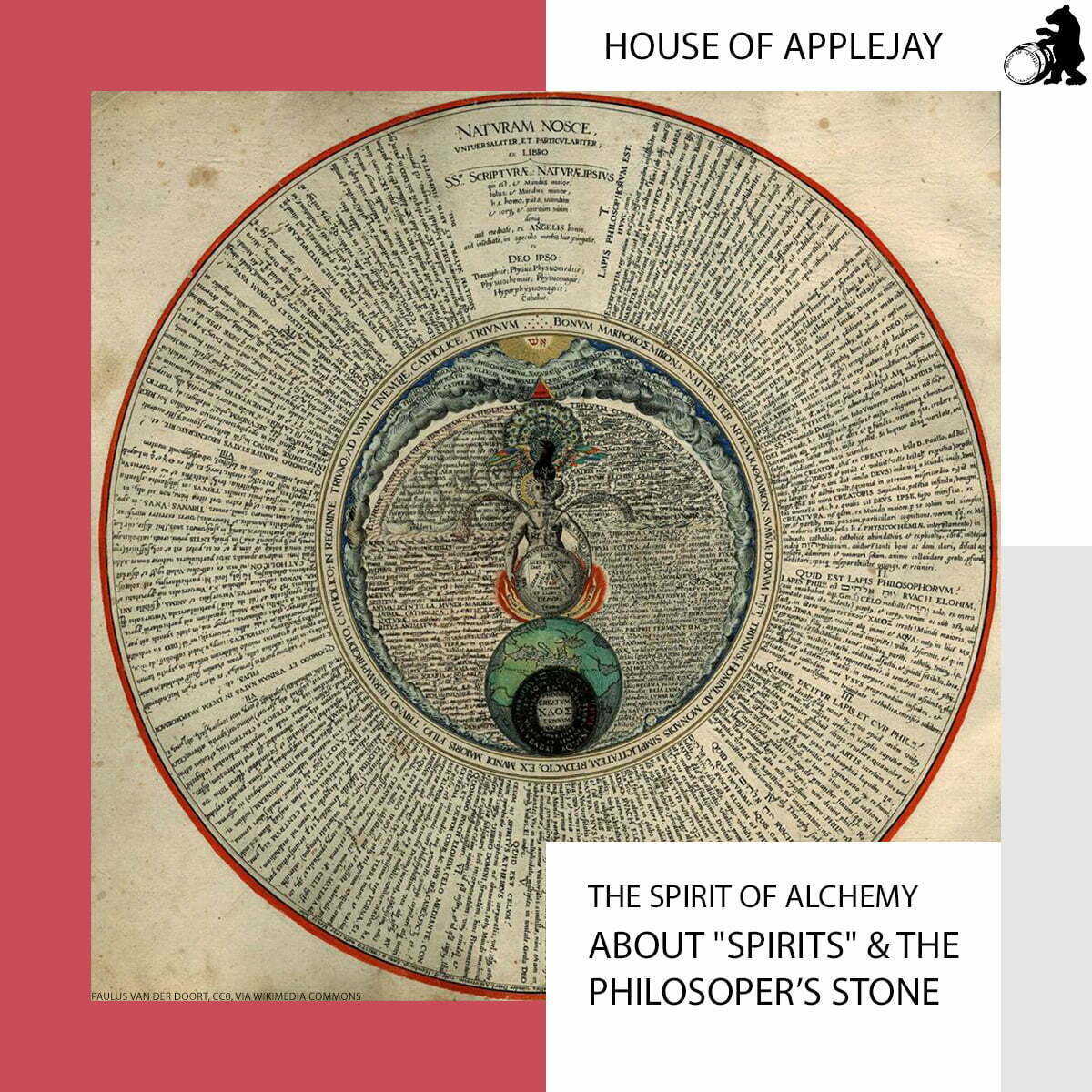 The fact that alcoholic beverages are named “spirits“, originates in the Latin word “spiritus” which derives from breathing, blowing…. and some believe it stands for the “breath of life“. And, indeed some distillates may feel like taking a strong breath.

Thus, there is more to the the origin of “spirits” which date much further back to the first alchemists. Alchemists were basically early scientists and chemists and believed in “transmutation“, the conversion from one element to another. Especially known is the quest for the “philophosers’ stone” (Arabic ḥajar al-falāsifa). Between the 1st and 3rd century alchimists were searching of transforming base metals into precious metals like turning lead into gold and silver. The “philophosers’ stone” is also said to have a rejuvenating effect, and is considered a panacea of the highest level – a remedy for all diseases.

From the ancient early days of alchemy, a script is said to have been handed down that describes exactly that – the Tabula Smaragdina. According to legend Hermes Trismegistus, the “founder of alchemy“, is said to have engraved the manufacturing formula for the philosopher’s stone on an emerald tablet more than 2500 years ago. It is belief that the basic elements fire, water, earth and air are needed and a combination of mercury, sulfur and added salt to obtain the philosopher’s stone. This legend of the philosopher’s stone was widespread in the Middle Ages, and it could explain why many early distilling recipes have salt added (which is not necessary for the creation of aqua vitae or aqua ardens).

So, the idea of alechemists was to distill the “essence“, to create, according to Gabir (Geber), a so called elixir. This elixir was hoped to be a panacea, a rejuvenating and life-prolonging remedy. And, so alchemists first created “essences” to combine them as remedies, and distill the “spirit” with the “breath of life“.