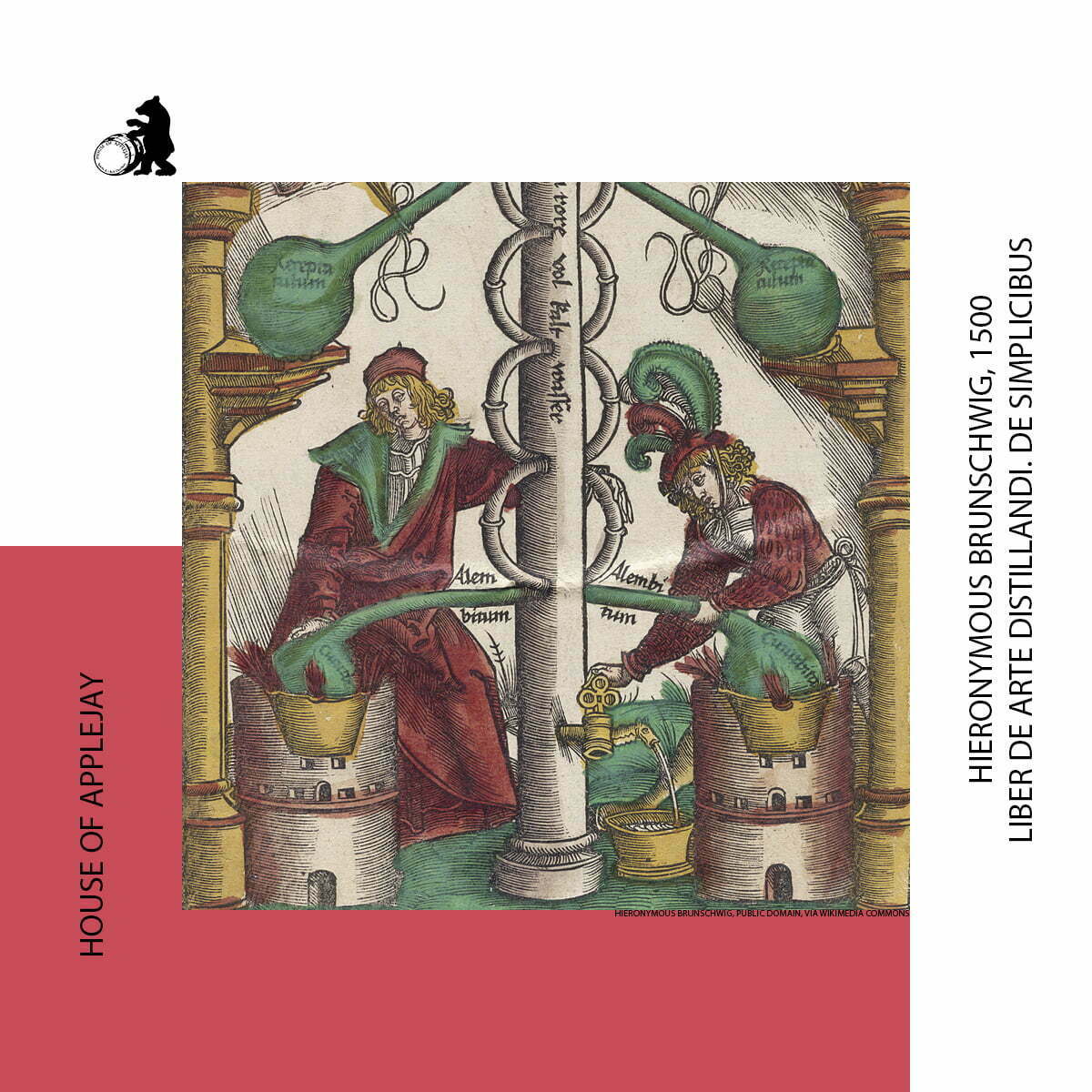 The book ‘Liber de arte distillandi de simplicibus‘ is also called the ‘small distilling book‘. It was written by the German surgeon Hieronymus Brunschwig (ca. 1450 to 1512/13). It was first published in 1500. The book describes the distillation of medicinal products, and the medical applications of these distillates. It was one of the first books about the art of distilling that was published, and it was a bestseller of its time. Many pharmacists in Europe asked for copies, so that it was copied and translated to several languages within a few years (Translation to Dutch in 1517, English 1527, Czech 1559).

Due to this first in-depth description of the distillation process and equipment this book is widely regarded as an important link between the Middle Ages and Modern Times. This book helped significantly to distribute distilling knowledge throughout the world, and it made distilling accessible for anyone who could read.