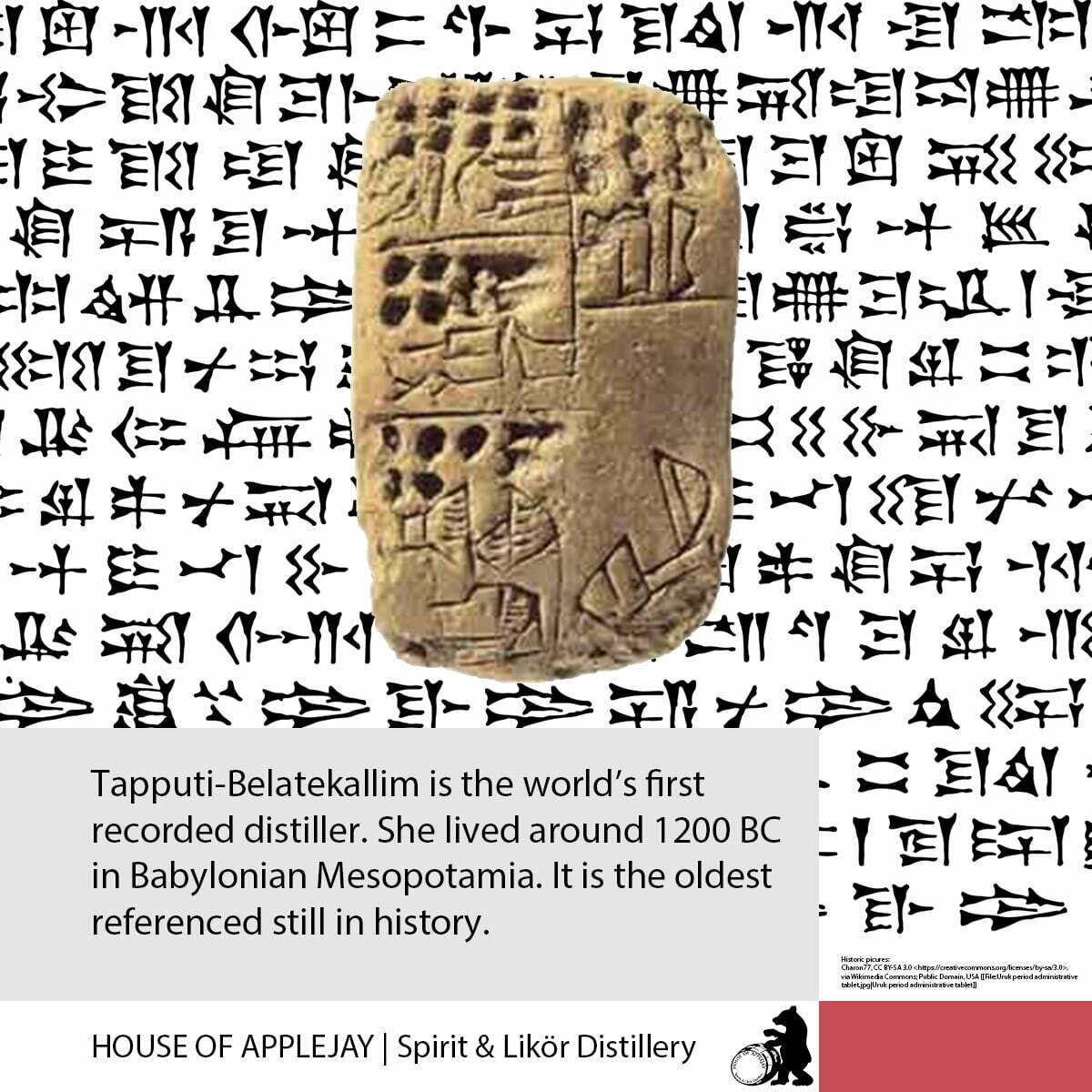 Tapputi-Belatekallim is the world’s first recorded distiller, and there is not much known about her. She lived around 1200 BC in Babylonian Mesopotamia. Her still is the oldest referenced still in history. According to scientists she may have had another female helper whose name is unkown. The women distilled perfumes for the palace.

Did you know that there is in the US a well-known rum distillery that is using a former perfume still for its production?