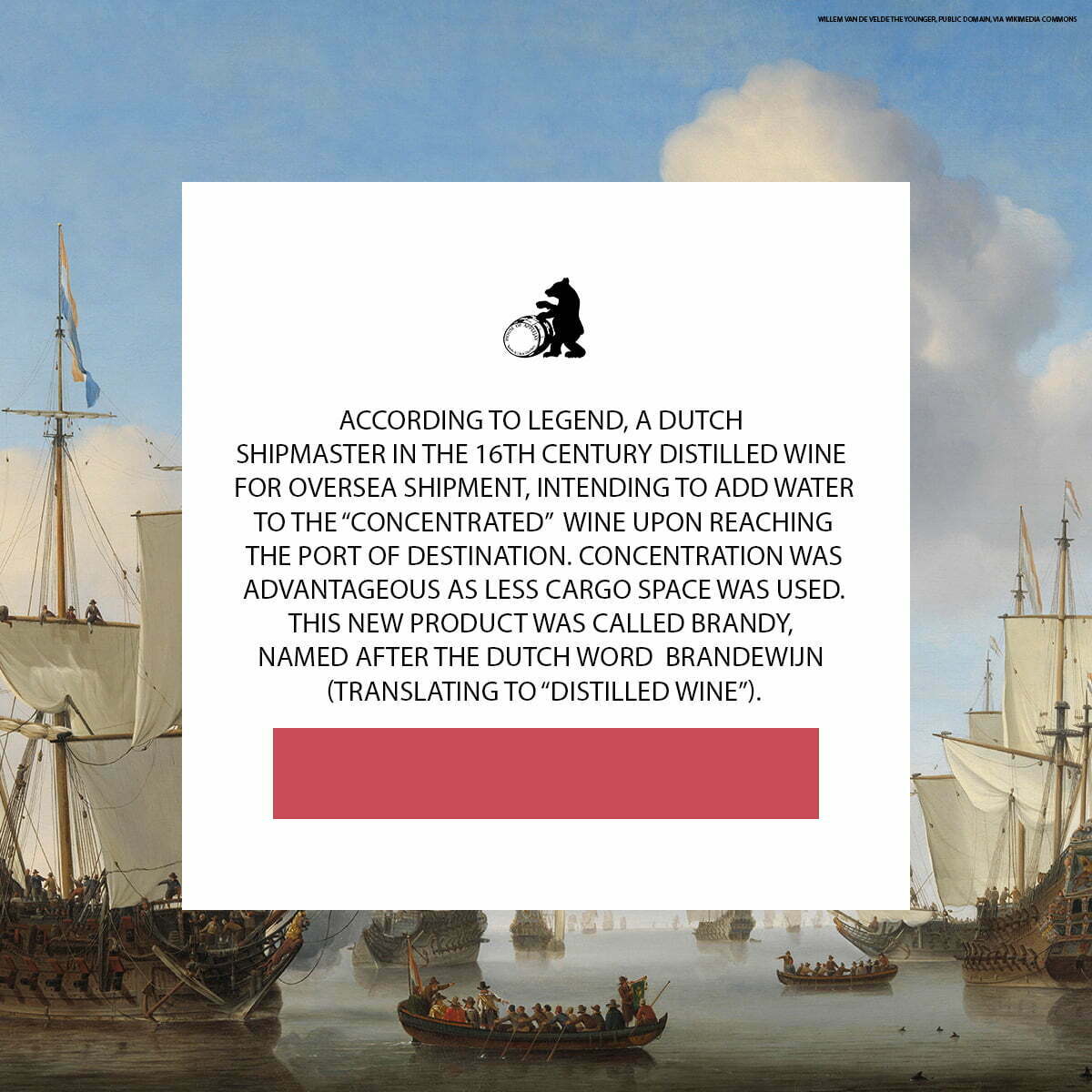 According to Legend, in the 16th Century an unnamed Dutch shipmaster had an idea to distill wine for oversea shipment. The original idea may have been to add water to the “concentrated wine” upon reaching its port of destination. Concentration of products was advantageous as less cargo space of the ship was needed, and the products shelf live extend. This new wine distillate was later called “Brandy“, an abbreviation of the Dutch word Brandewijn. Brandewijn (Dutch) or Branntwein (German) literally translates to “burned wine” whereas the first part of the word means “burning” which is a Dutch/German word used for distilling – so the correct translation would be “Distilled Wine”,and Brandy is simply the “Distilled” one.

It is further believed that Dutch merchants were the first to introduce the principle of distilling wine to brandy to the region of Cognac in France which is today well known for their Cognac brandy.