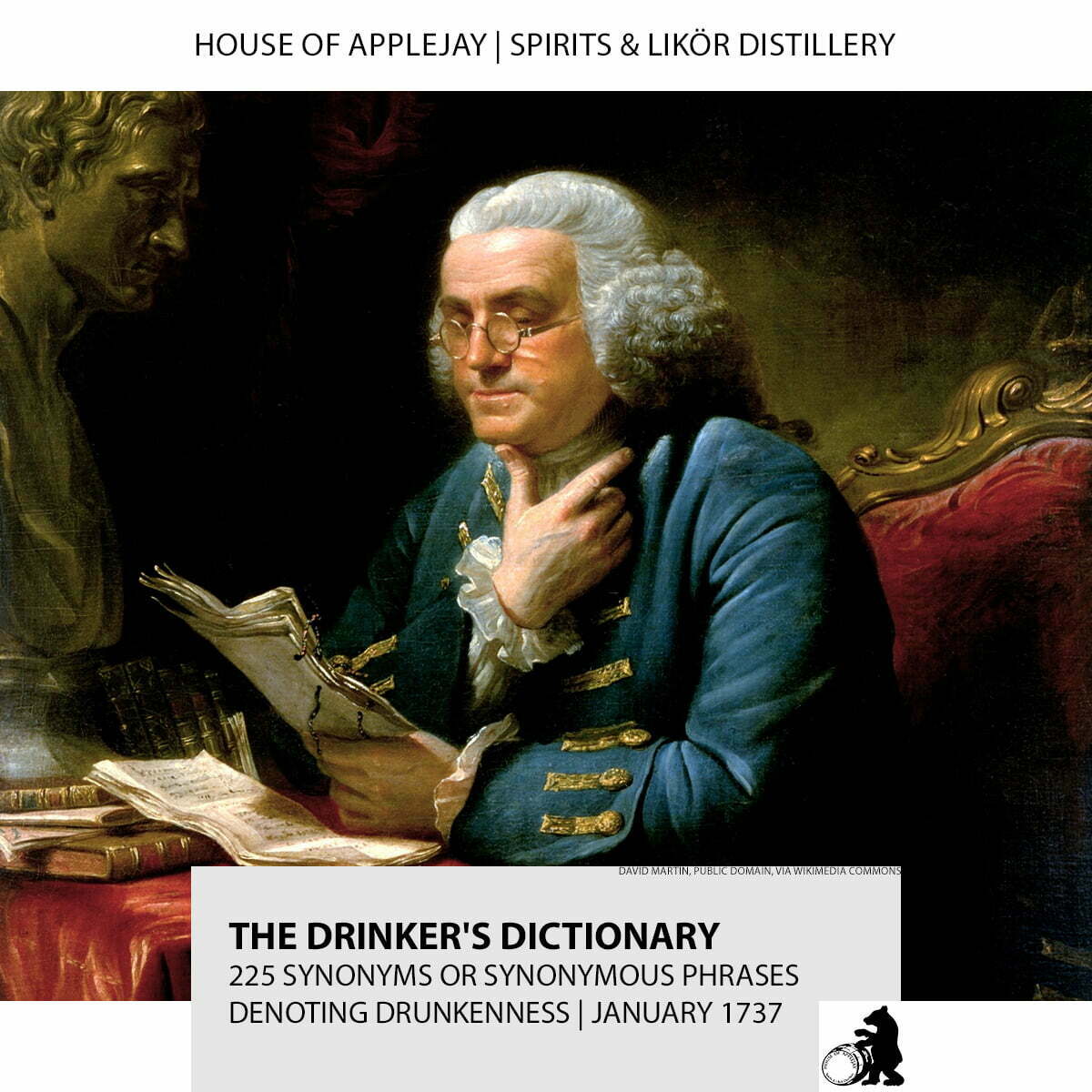 In the 18th century distilled spirits were widely available and affordable for all classes for the first time in history. This had caused drinking habits to change from former predominantly beer and wine consumption to including distilled spirits. The intoxicating effect of alcohol though was despised and discussed as undesirable whereas “moderate drinking” became the preferred way.

Taverns were almost always among the first buildings in the new settlements in the colonies. Taverns were culturally important points of gathering, sharing news, and socializing. “Drinking together” played an important role for the settlers. Benjamin Franklin himself frequented many taverns over the course of his life, included a wine-making lesson in one of his yearly almanacs, and was known to like his Madeira wines in the evening. “There cannot be good living where there is no good drinking,” Franklin is thought to have said.

On January 6, 1737, he published an article in the Pennsylvania Gazette with a dictionary of around 228 words and phrases he heard describing drunkenness (Counts vary from 220-268 words). Franklin criticized: “Nothing more like a fool than a drunken man” and “drunkenness is a very unfortunate vice in this respect“. His Drinker’s Dictionary is a published collection of euphemisms of the 18th century to describe drunkenness in a still positive way whereas Franklin’s intention was to adjust language promoting  “moderate drinking“. The Drinker’s Dictionary marks an interesting point of change in Western Drinking Culture.

← The Thicket The First Golden Straw →
Back to blog