The Father Of American Mixology 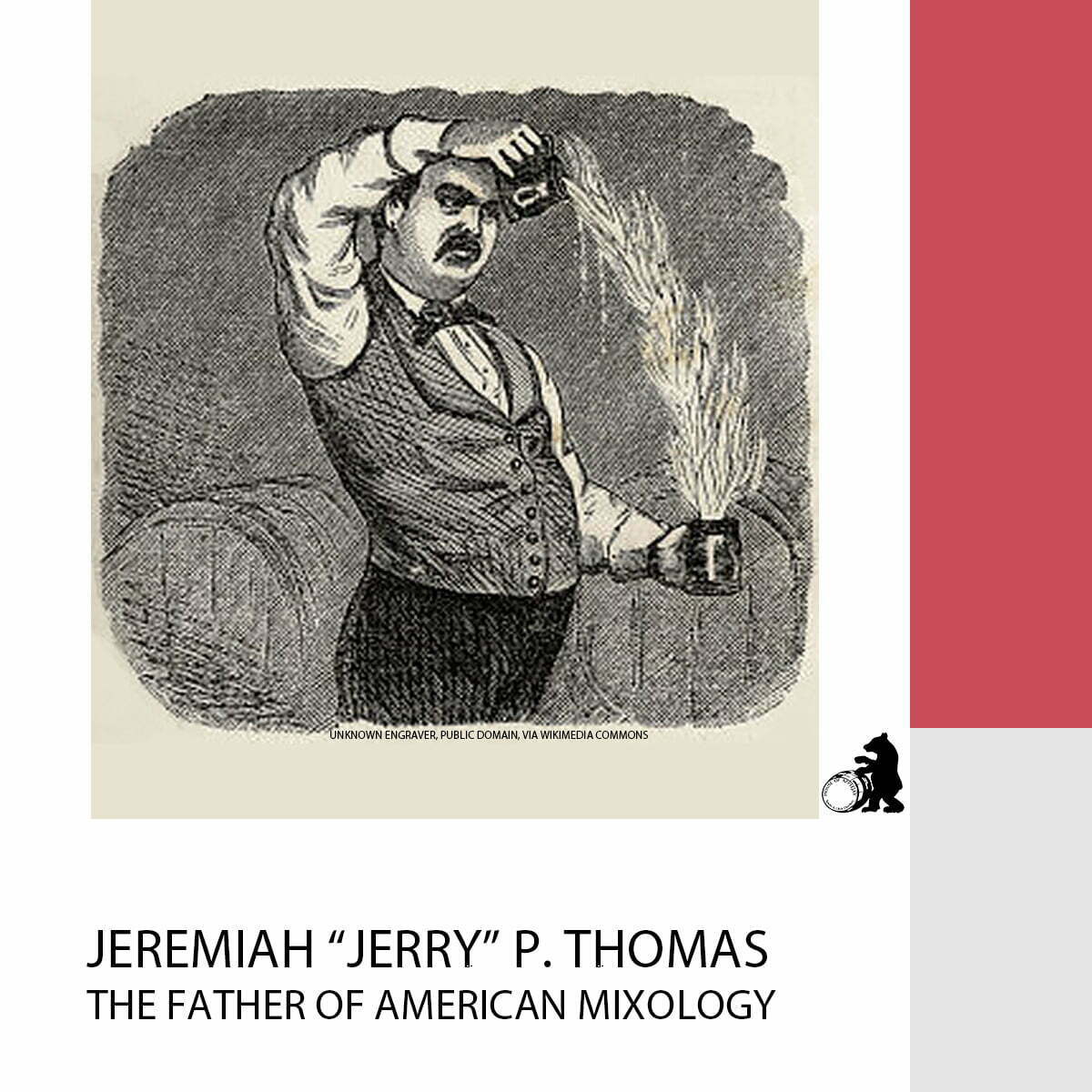 Jeremiah “Jerry” P. Thomas (1830/1832-1885) was one of the pioneers of the “Golden Age of Cocktails“. He is called the “father of American mixology“, and nicknamed “professor“. His book “The Bartender’s Guide or How to Mix Drinks“ (later retitled to “How to Mix Drinks or the Bon-Vivan’ts Companion“) is a handbook for bartenders whose first editions appeared in 1862. It was the first textbook of its kind in the United States and it was professionalizing mixology.

The word “cocktail” was first used around 1800 but it took until the 1860th until the term was used for all alcoholic mixed drinks.  According to Thomas cocktails were “a modern invention” and at the time he only referred to a very small group of short drinks as cocktails. Thomas is sometimes credited with inventing the martini cocktail or its close relative and presumed forerunner, the Martinez. In his books though there is no martini recipe, and the Martinez is only found in a posthumously published fully revised edition of 1887. Thomas though invented his signature drink, the Blue Blazer, in the El Dorado gambling saloon in San Francisco: He set whiskey afire and passed it back and forth between two mixing glasses, creating an arc of flames.