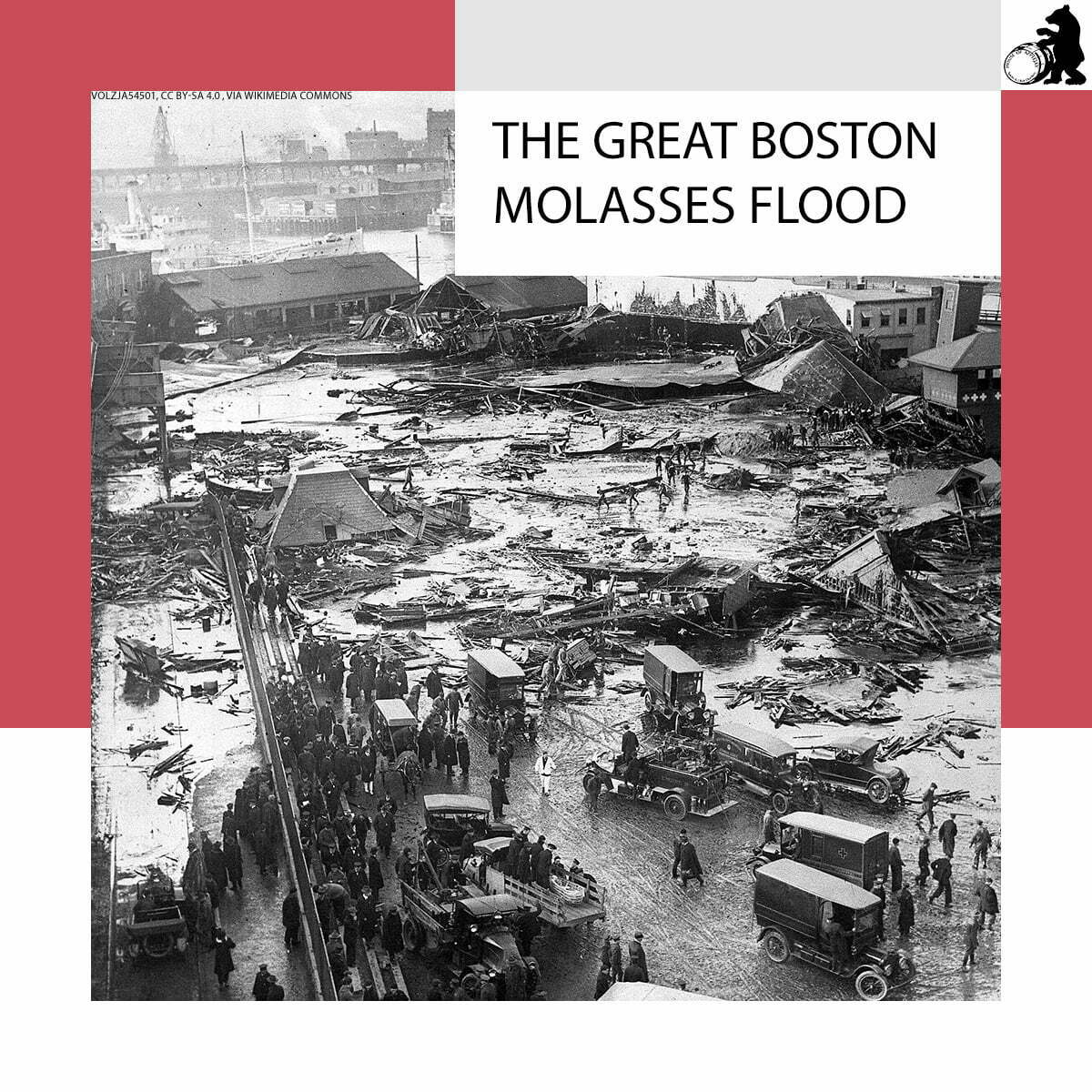 In 1919 Boston was a center for rum distilling in North America. On January 15, around 12:30 p.m. the city of Boston was flooded with ca. 2.3 million US gal of molasses when the main spill tank of Purity Distilling Company (United States Industrial Alcohol Company) bursted.

The tank had structural defects and was not properly maintained by the company located in the North End neighborhood. The disaster was caused by a rapidly rising air temperature from -14F to +41F within a few hours. This accelerated the fermentation processes occurring in the tank and increased the pressure on its outer shell. When the tank burst open, iron parts from the burst tank flew up to 220 yards. At the same time, the entire content of the tank poured into downtown Boston in the form of a wave of syrup up to 25 ft high at up to 35 mph. The molasses flood killed 21 people and 150 were injured. Numerous buildings were destroyed down to their foundations, and a large piece of debris caused part of the Atlantic Elevated Railway to collapse.

Although rescue workers were in large numbers on the spot soon after the accident. The sticky molasses syrup made the rescue work difficult.  It lasted six month to clean the streets and buildings and several million gallons of salt water had to be pumped out of the harbor, since the molasses could hardly be removed with fresh water. United States Industrial Alcohol did not rebuild the tank.

Boston’s Great Molasses Flood did not only bring damage to the city, but locals reported the sweet smell of molasses filled the North End for decades after the disaster. The US government realized that they had failed to hold big corporations accountable for their actions, and this should reform big business in America from that day forth.