The Origin Of Cacao 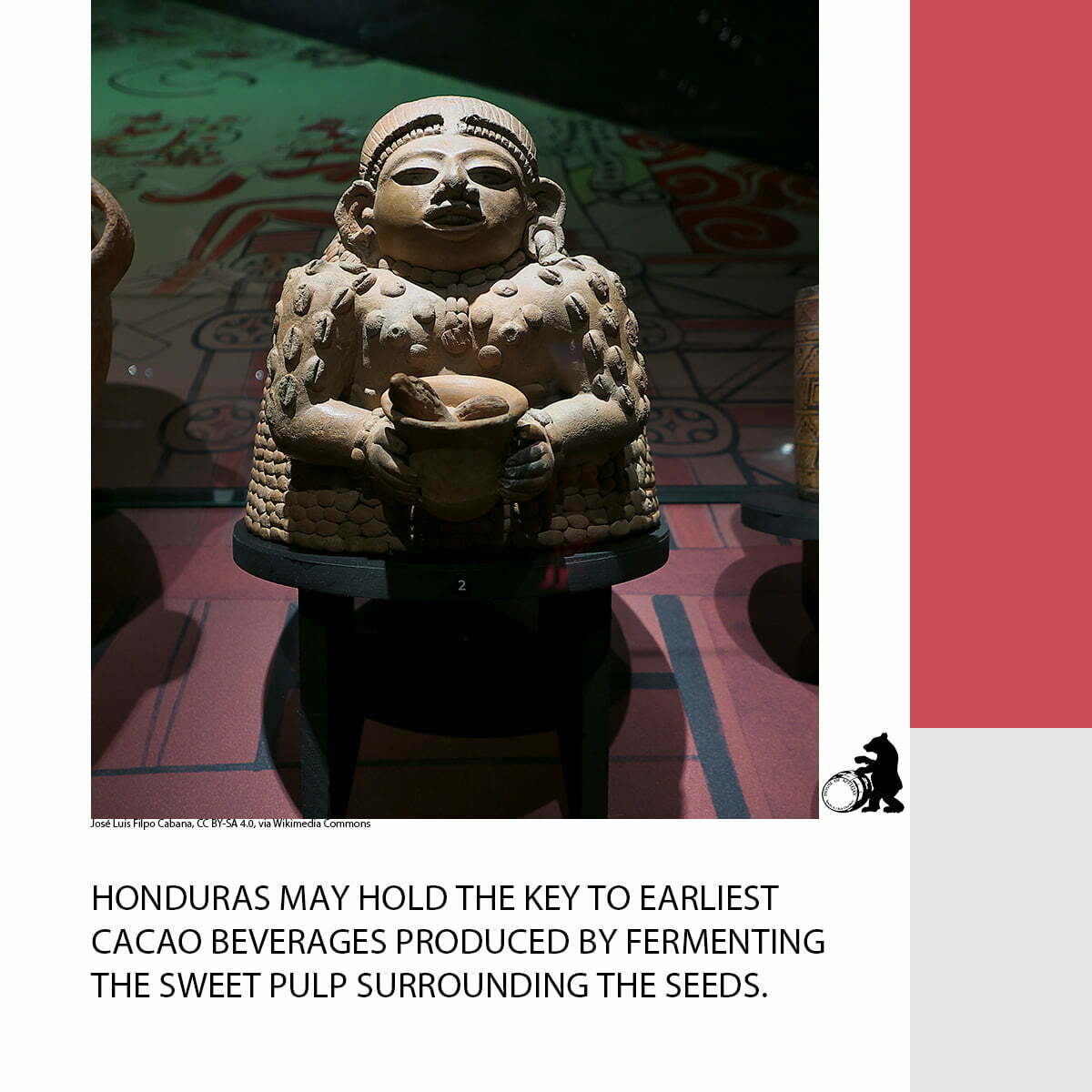 Puerto Escondido (the “Hidden Port”) is an excavation site in the lower Ulúa Valley in northern Honduras, and it may be the “Cradle of Chocolate“. According to an article published in 2007 by the PNAS (Proceedings of the National Academy of Sciences of the United States of America), evidence was discovered in Puerto Escondio indicating that an alcoholic beverage was made from fermented cacao pulp which was stored in pottery containers dating back to the Olmec culture. The Olmec culture (1100-900 BC) was the earliest known major Mesoamerican civilization, and Puerto Escondio was perhaps the most eastern known site of Olmec activity.

Scientiest analized the residues extracted from pottery vessels found in the area of Puerto Escondido proving that cacao beverages were made there before 1100 B.C. and these drinks might have had a little kick to it. The earliest cacao beverages consumed were likely produced by fermenting the sweet pulp surrounding the seeds to a sort of chicha wine. (The famous chocolate beverage (chocolatl) was a precious drink made from cacao seeds and consumed by the elites on special occasions in Mesoamerica. The distinctive style of Mesoamerican cultures to prepare cacao involved the fermenting of cacao seeds (or “beans”) before drying, and optionally toasting them. The prepared seeds were grinded and mixed with water in a thick bitter suspension. Fermentation though is an early step in the process used to produce the nonalcoholic chocolate beverage widely consumed in Mesoamerica.)

All wild relatives of domesticated Theobroma (cacao plants) are native to northern Amazonian South America. Many native South American cultures fermented the fruity pulp to produce cacao chicha which is less widespread today.  Chicha is today known as an alcoholic beverage made predominantly from maize or manioc.

← The King's Ginger Cuba Libre →
Back to blog