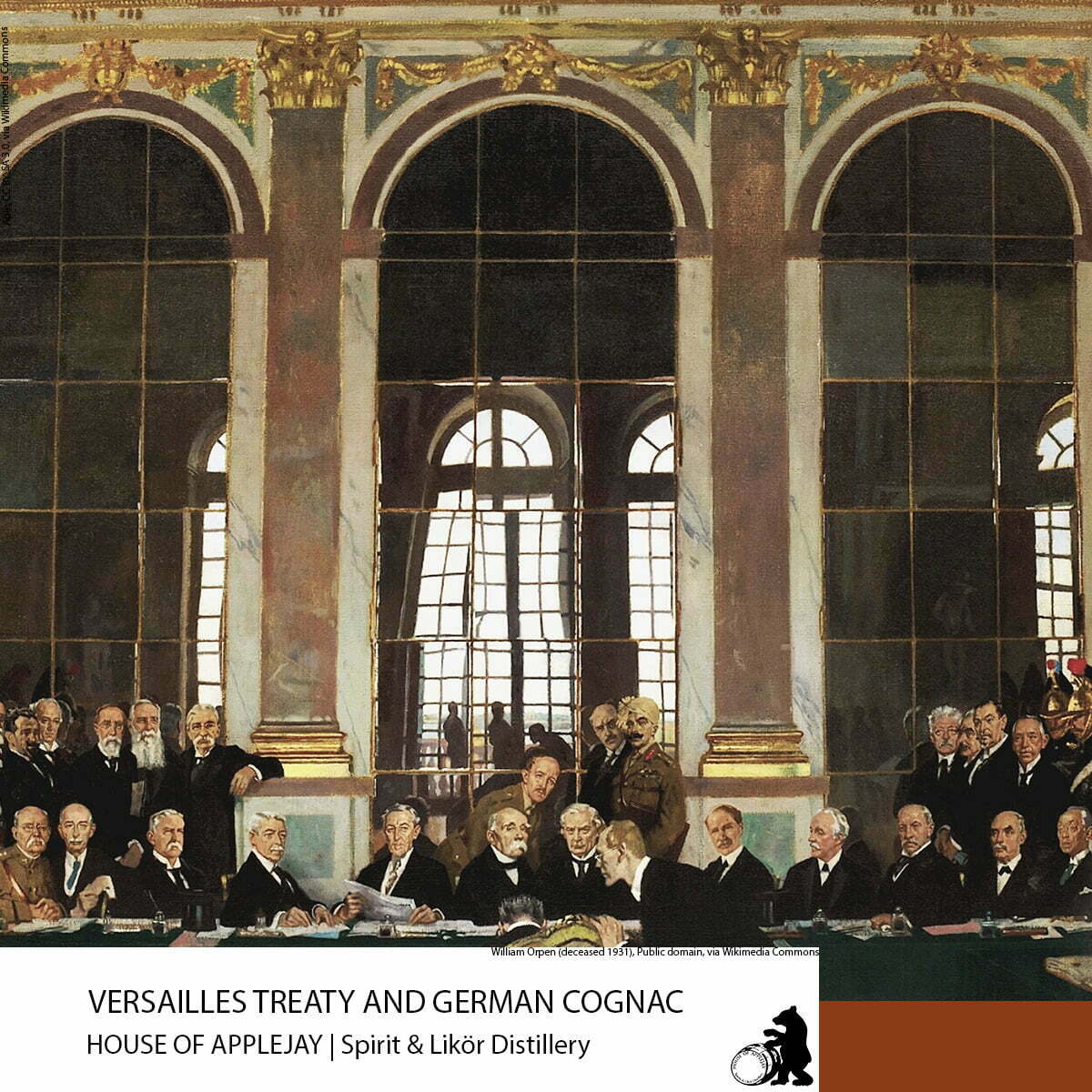 In 1896 the German distiller Hugo Asbach (1868-1935) took over the “Rhenish Cognac” company in Rüdesheim, Germany. Asbach continued the tradition calling wine brandy produced in Germany “Cognac” despite not being distilled in the geographical area of Cognac, France. By 1896 geographical indicators have not yet been introduced, and “Cognac” was a term that was used outside of France for many distillates made from mashed fruits, aged in oak barrels. When Asbach registered his famous trademark “Asbach Uralt” in 1907, the Imperial Patent’s definition describes the distillate still as “a genuine old brandy cognac, produced from noble selected wines“. Before World War I (1914-1918) many advertisements referred to “old German cognac” but this was about to change after the war with the Treaty of Versailles.

In order to protect the French alcohol industry, France insisted on the sole name rights for products named after geographical areas of France, expressly prohibiting German manufacturer from continuing to use the term cognac and champagne. When the Treaty of Versailles was signed on June, 28th of 1919, German products were banned from using foreign designations of origin. These so called “champagne paragraphs” (“Champagnerparagraph“, Articles 274 & 275 of the Treaty of Versailles) are one of the few provisions that are still valid today. The “champagne paragraphs” mark the beginning of the importance of “geographical indicators” and worldwide brand protection. Last, in 2009 Cognac was officially recognized as the first foreign geographical indication in China.

Hugo Asbach, though, the famous German brandy producer was not affected by the champagne paragraph as he had already refrained from calling “Asbach Uralt” a cognac as early as 1910. Asbach marketed his high-quality distillate as “Deutscher Weinbrand” (translates to “German distilled wine”, see also brandewijn) branding his products with purpose as a unique distillates of Germany that was indeed distilled differently than French Cognac.

← The Salzburger's Brandy The Smoking Bishop →
Back to blog