A Cup Of Pharisees 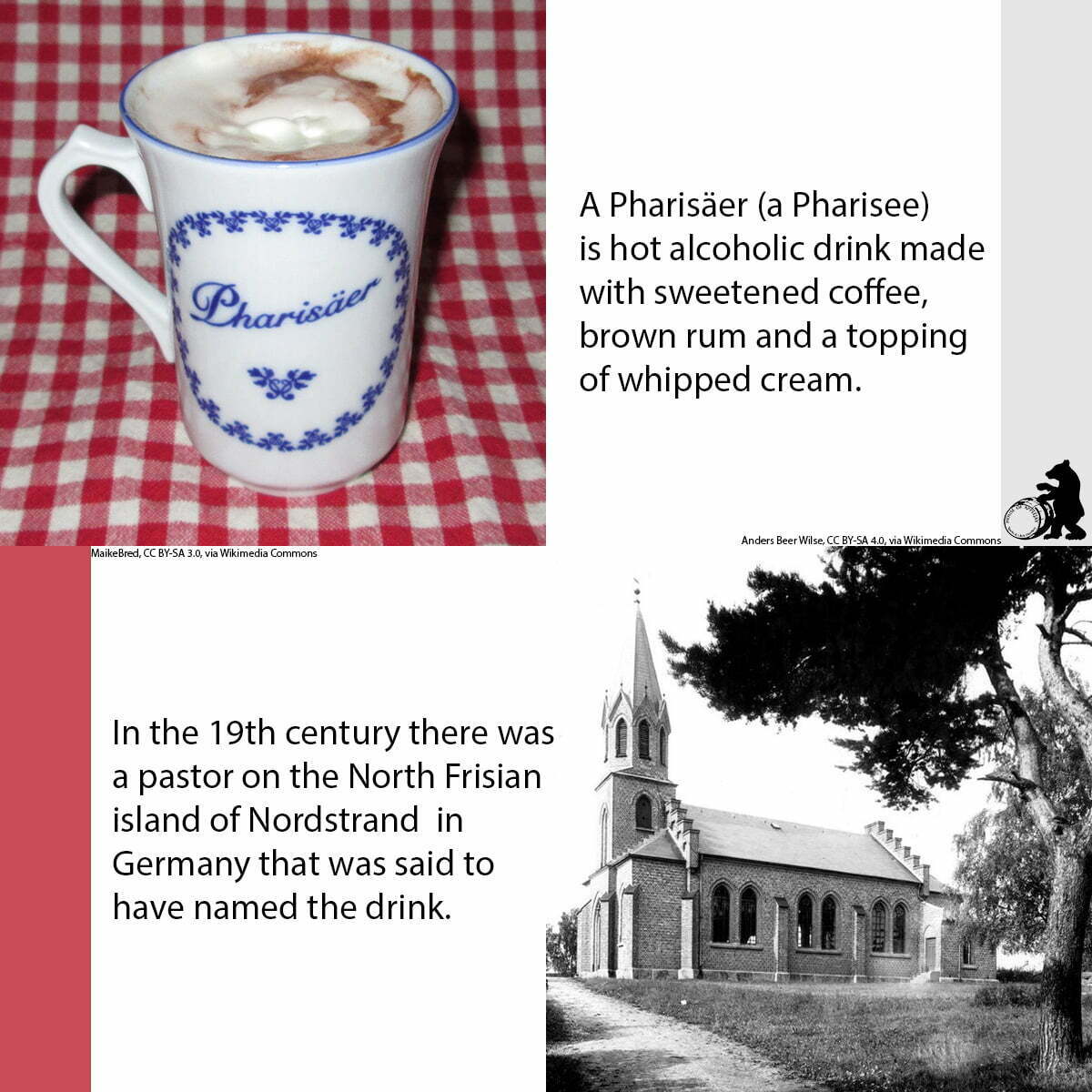 In northern Germany, a Pharisee is a hot alcoholic drink made with sweetened coffee, brown rum and a topping of whipped cream, traditionally served in a cup, mug or glass. A Pharisee differs from related coffee drinks such as Rüdesheim coffee (made with Brandy),  and Irish coffee (made with Whiskey).

According to legend, the Pharisee originated on the North Frisian island of Nordstrand, in the 19th century. Georg Bleyer, the pastor of Nordstrand,  was a particularly ascetic Christian, and his community did not dare to drink alcohol in his presence. The story goes, when Peter Johannsen had his seventh child  christened, he invited his neighbors and prepared the mixed drink described above. The whipped cream prevented the rum from evaporating in the hot coffee and also hid the smell of alcohol. Of course, the pastor was served a “normal” alcohol-free coffee with cream, whereas all other guests enjoyed the rum version.

Upon discovery, pastor Georg Bleyer is said to have exclaimed: “Oh, you Pharisees!” as a biblical reference to the Pharisees that were criticized for hypocrisy and perjury. And that’s how the national drink of the North Frisians got its name. The history of the drink was also told in a song entitled Pharisäer by the North German music group Godewind in the 1970s.