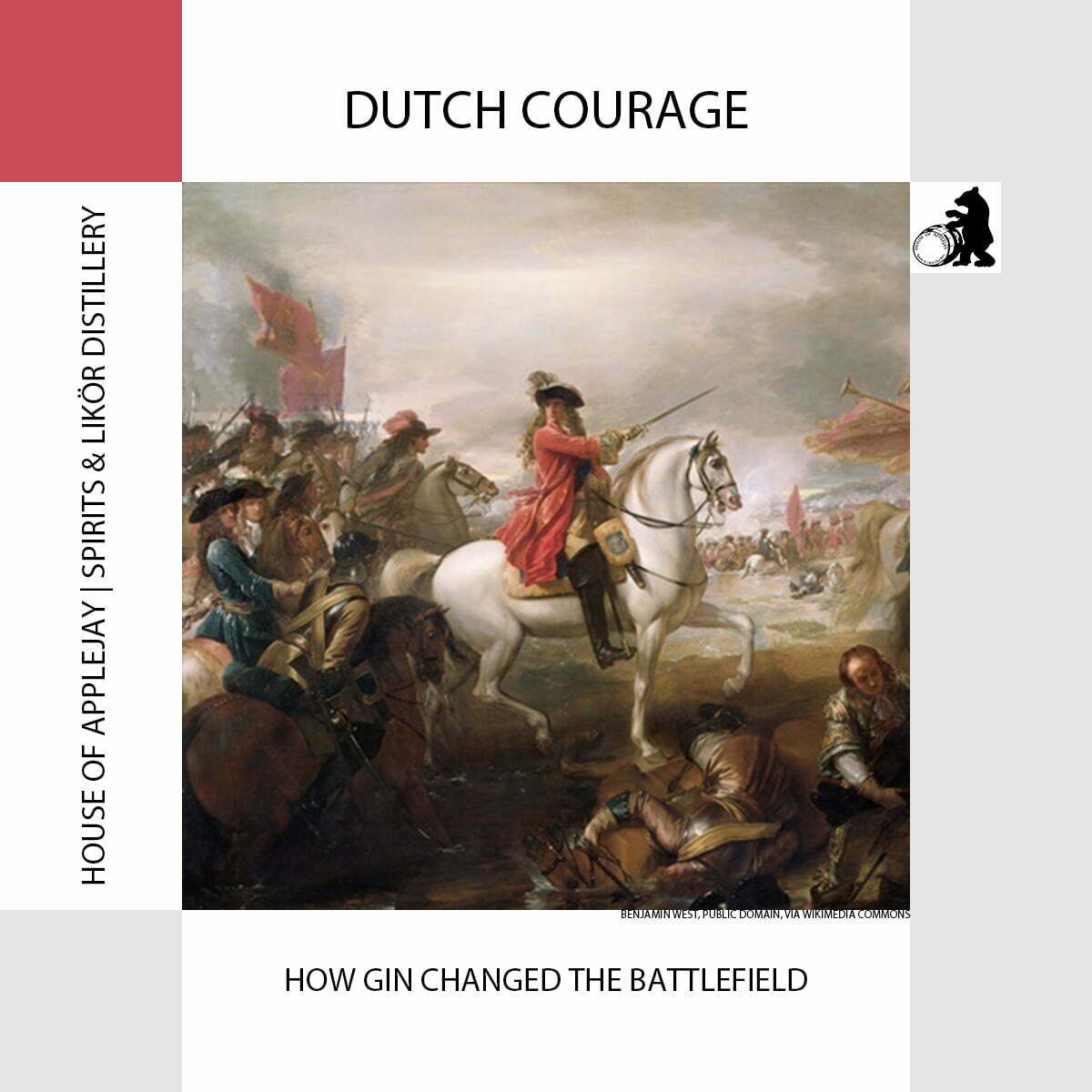 The term “Dutch Courage” is used to describe courage that is gained from drinking alcohol. Franciscus Sylvius de Bouve (1614–1672), a Dutch chemist and alchemist, is often named as the “father of Genever“. Modern research though suggests that Genever (alt. Jenever, Dutch Gin) was known as early as the 15th century when it was consumed as a juniper infused medicine. Genever had been introduced to London as early as 1570, but did not become popular among English drinkers. French brandy remained the most popular spirit in England, and the world. Interesting to mention is that during the lifetime of Franciscus Sylvius Drinking Culture kept shifting from purely medicinal to other purposes of use.

The etymology of the term “Dutch Courage” dates back to the war-torn period from the Thirty Years’ War (1618–1648) to the Anglo-Dutch Wars (1652–1674). The term likely originates with Dutch soldiers drinking Genever to relax before going into battle. Genever consumption became part of the Dutch military strategy likely for its bravery-inducing reactions on soldiers, and warming effects on the body in cold weather. The exact origin and dating of the term “Dutch Courage” though is unknown, it may have been a mocking term originally but the practice to drink Genever in the military was quickly adopted by the English and other nations. The increasing consumption of Genever among the English soldiers also made the drink gain popularity back home in England.

When William of Orange (1650–1702) became King of England, Ireland, and Scotland in 1689 the development of a local English distilling industry from home-grown goods began to prosper. William, in conflict with France at the time, started an English blockade against French goods to weaken his enemy’s economy. As an effect English distillers started to produce gin, an English style Genever, a product with a growing consumer demand filling the gap of a lack of French brandy available in England, and the political support of the new king.

Today, Gin remains very popular in England and around the the world. Read about the Queen Mother’s Cocktail, Gin Lane, Genever and Waragi – the War Gin.