The Secret Of Genever 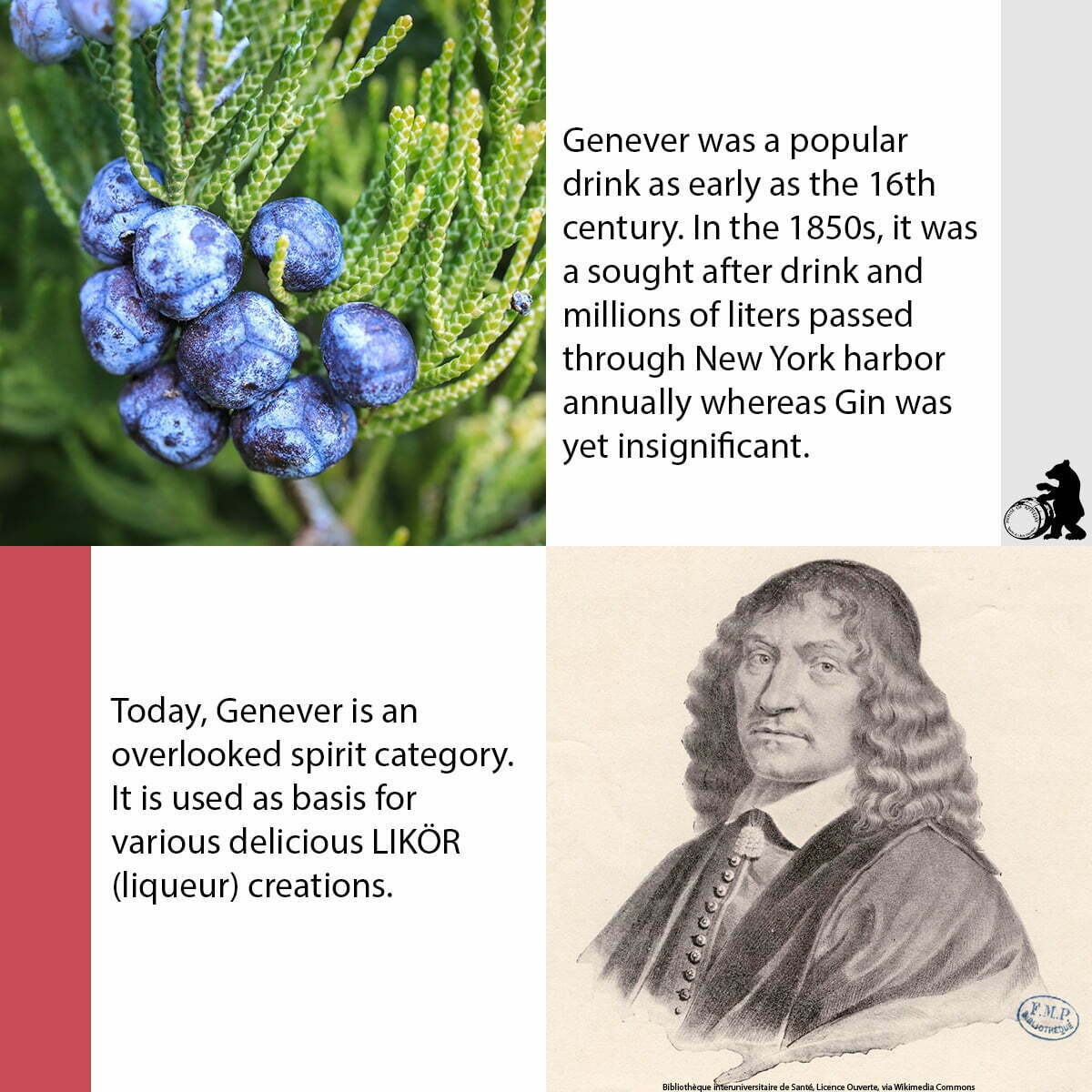 Genever (Jenever) is considered the historical basis of gin and one of the oldest known spirits typically distilled from rye or barley malt. Its key ingredient is juniper berry which is a medicinal herb used since ancient Egypt in 1500 BC curing stomach aches. The oldest record of wine infused with juniper berries dates back to 1269 from Jacob Van Maerlant, a monk from Brugges, describing the usage of juniper berries in “Der Naturen Bloeme“. In 1552 the physician Philippus Hermanni mentions something similar in his distilling book “Een Constelijck Distileerboec“, even if the name Genever is not yet used. Sylvius de Bouve, who founded the University of Leiden in 1575 is often erroneously cited as the one who named Genever after the French word for juniper: Genièvre. However, in 1582 the Dutchman Casper Jansz Coolhaes used the word Genever for the first time. Numerous sources mention also the Dutch doctor and scientist Franciscus Sylvius, who lived much later in the 17th century, as the inventor of Genever. However, there is historical evidence that Genever was a common drink as early as the late 16th century proves otherwise.

In the 1850s, Genever was a highly popular spirit in the US and millions of liters passed through New York harbor annually whereas gin from England was almost insignificant in comparison. Today, Genever is almost forgotten and remains cultural heritage of the Netherlands, Belgium, France and Germany. It is protected since 2008 under EU law. Genever is a beautiful and overlooked spirit category that is different in taste to Gin, and is used as the basis for various Likör (liqueurs).