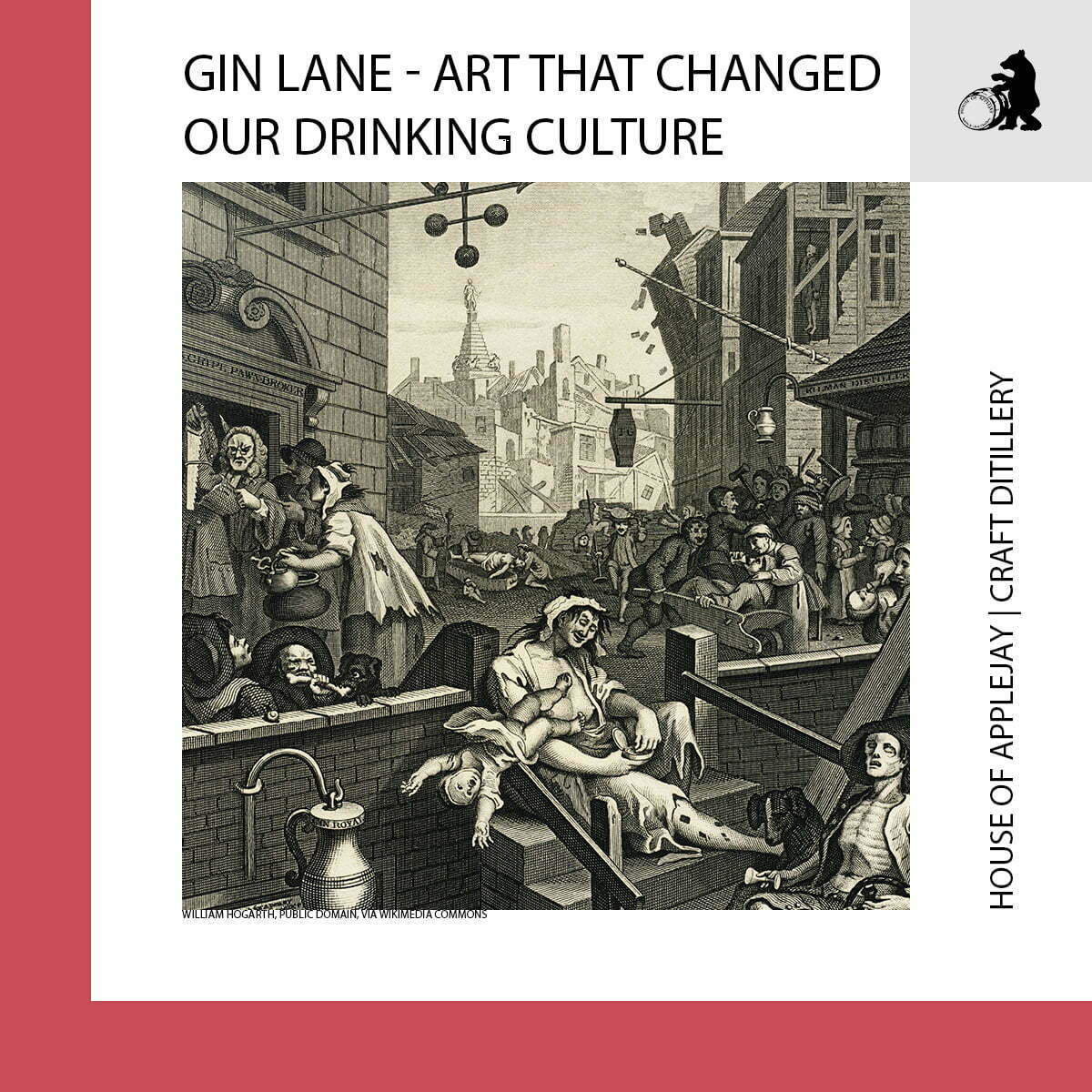 In 1750-51 the English artist William Hogarth (1697-1764) created and issued a print called “Gin Lane” that should change the English Drinking Culture of the 18th century. Hogarth was known for his satirical illustrations, and he was one of the most influential artist in London at his time. In 1750 he created the pair of prints “Gin Lane” and “Beer Street” which both seen together contrast the good and evil of London’s society namely the honest beer drinkers and the lazy gin boozers.

His illustrations were sold inexpensively in order to reach as many people as possible. “Gin Lane” was indeed part of a larger political campaign against the uncontrolled production and sale of cheap gin in England leading to the Sale of Spirits Act 1750, which became commonly known as the Gin Act 1751.

In an era of conflict between Britain and France, British Parliament banned the import of French wine and brandy in 1689 which marked the starting point of what would later be known as the “Gin Craze” of the first half of the 18th Century England. The British government encouraged the distillation of spirits by reducing taxes and other contributions paid by landowners. As a result,  gin became an affordable, locally made alternative to French brandy. British Parliament had to pass five major Acts, in 1729, 1736, 1743, 1747 and in 1751, to finally control the consumption of gin that became increasingly popular among poorer people in the beginning of the 18th century. In the following of that last Act the number of gin shops was successfully reduced by prohibiting unlicensed traders, restricting of retail licenses and high taxation of sellers.

Hogarth portrays the inhabitants of “Beer Street” as happy, healthy and rich, whereas “Gin Lane” is a summary of misery, poverty, and decay. The woman in the center of “Gin Lane” reminds to the case of Judith Dufour, who killed her two-year-old daughter on February 27, 1734, so she could sell its clothes for gin money. She was sentenced to death and her story was repeated to illustrate the evils of gin drinking and effects on the poorer class.

Both pictures are an example of an early temperance campaign against overconsumption of alcohol though they might as well paint a deeper picture of the commercial interests in the 18th century Britain: British Beer brewers lost a significant number of customers to gin, and larger distilleries had interests to outlaw the many small gin shops that were producing affordable alcohol for the common people at almost any corner in Britain.

Today, Hogarth is credited being the first European artist creating illustrations that represented and expressed a national identity. He further was a political propagandist for the Gin Act of 1751 which marked the end of the Gin Craze that diminished in the following years, and changed the British Drinking Culture of the 18th century.

Despite this negative campaign, gin remained a popular drink in England and is cherished by the royal family until today, see also Queen Mother’s Cocktail.

← The Story of Madeira Wine Vital Du Four →
Back to blog