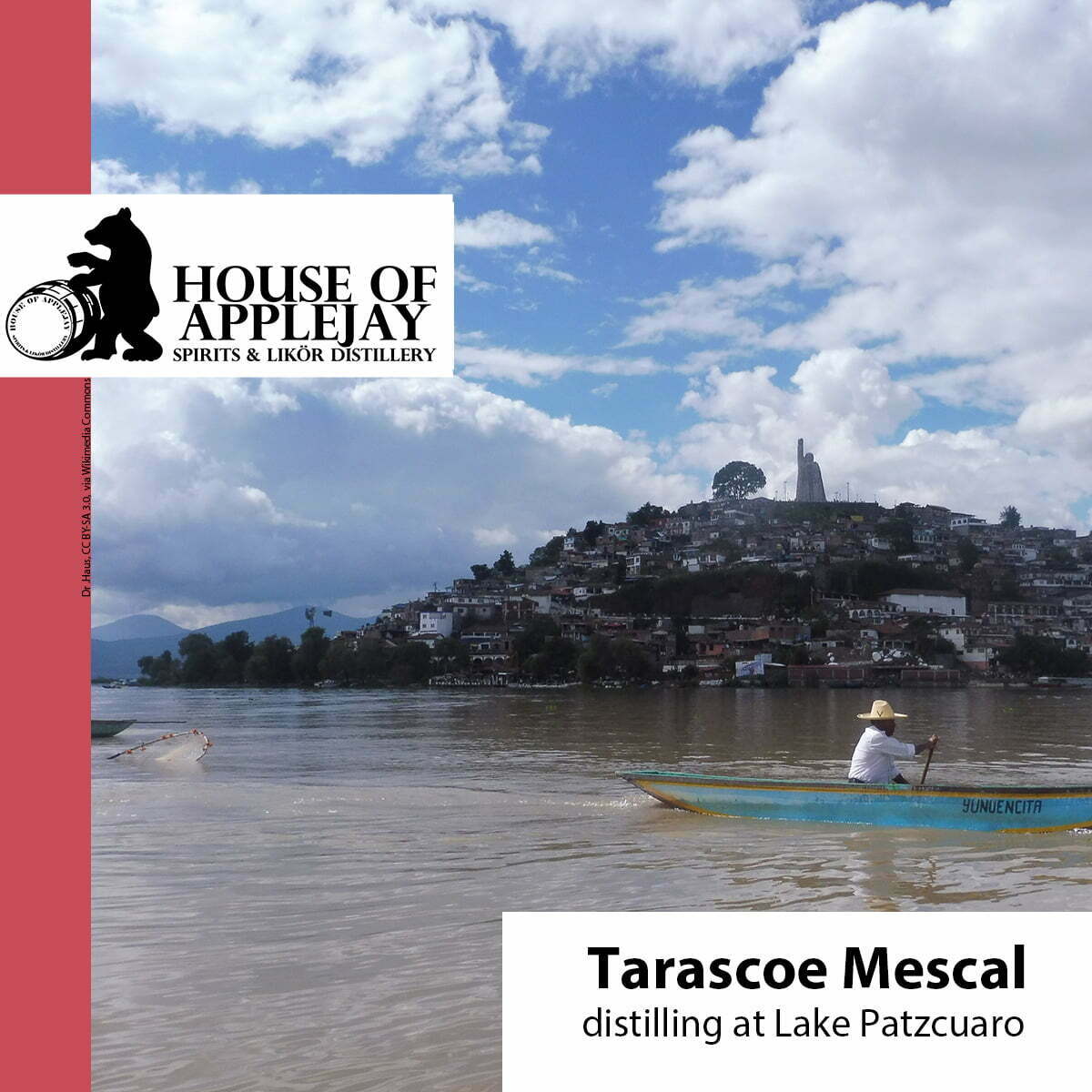 In 1891 anthropologist John G. Bourke visited the Tarascoe people at Lake Patzcuaro in Mexico. He traveled to the see the famous coffee plantations of Uruapan, and to visit the ruins of a Franciscan School build in 1581 by Spanish conquerers. On his travel to Tzintzontzin he accidentally came across a primitive mescal still that he described in his report as a primitive still producing a product that was “exceptionally good and clear”.

The still was setup on a hard clay surface, topped with a barrel like structure tightened with clay and gum. Within the wooden structure were pans for heating the mash, holding the cooling water, and for condensing.  The bowl collecting the condensate was called the “cuchara”, the spoon. From the spoon the mescal ran out through a tube into a collecting jar.

According to Bourke this early Mexican still design is identical with some of the “atlatl” figures in the codices or Aztec picture-writings. It is unknown if Tarascoe mezcal distilling techniques date back to the Spaniards invasion in the 16th century or if mezcal distilling may be of even older origin in Patzucaro. (Read full travel report  Tarascoe Mescal Distillery)

More about The Carnivore’s Mezcal, and Tepoztēcatl and the 400 rabbits.

← Dutch Courage Amrita →
Back to blog