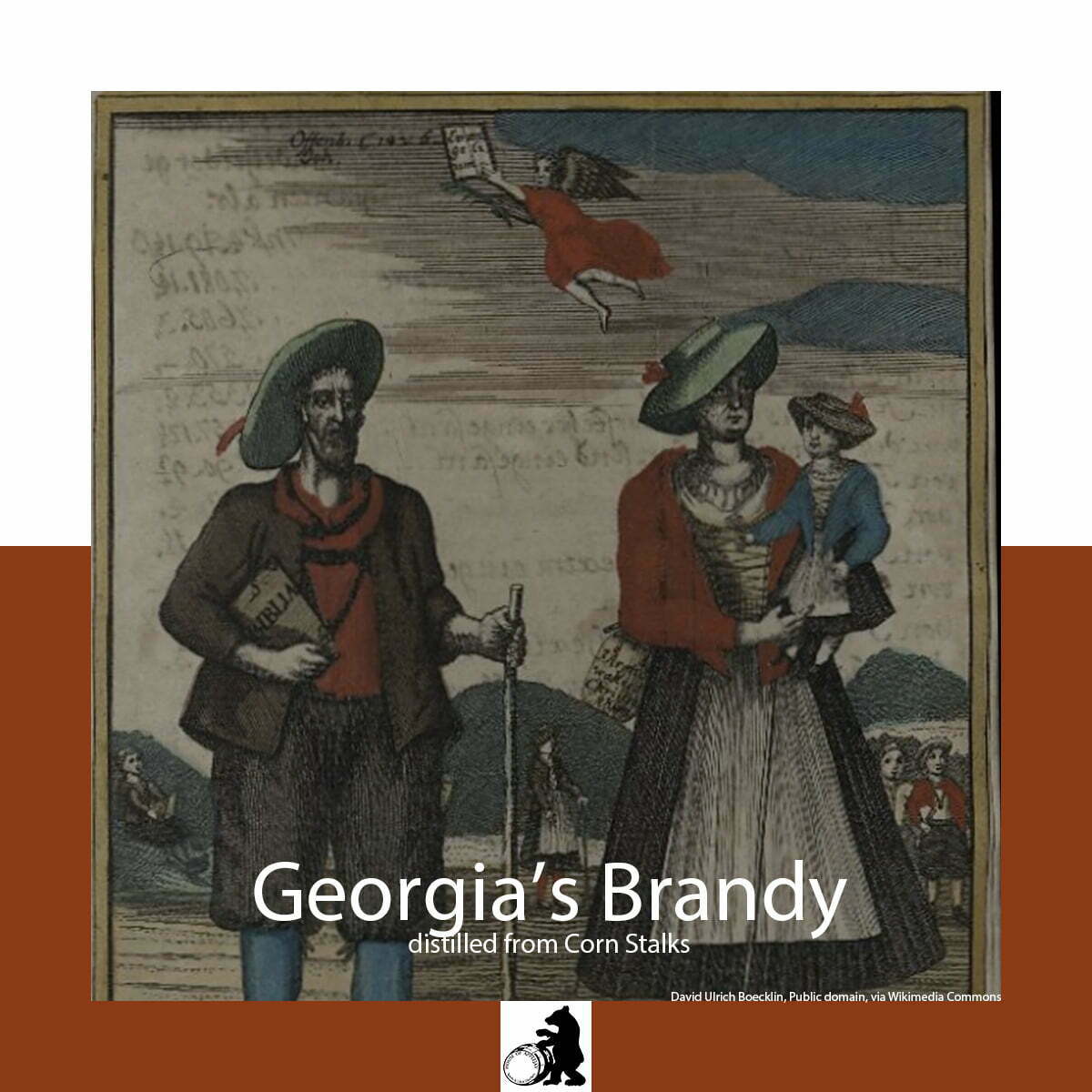 In 1734 the protestant Salzburgers escaped religious persecution of their home country (Germany/Austria) by settling in the newly established Colony of Georgia (est. 1732). It appears that the Salzburger Emigrants may have distilled brandy since their arrival in the colony of Georgia despite Georgia was established as a dry colony.

On Sunday, the 21st of May in 1749 Samuel Urlsperger, a German Lutheran theologian, edited the letters and diaries of Johann Martin Boltzius, Israel Christian Gronau, and the Salzburger Emigrants in Georgia in 1734. In his Detailed Reports on the Salzburger Emigrants Who Settled in America Urlsperger refers to a uniquely distilled brandy made from Indian corn stalks:

“I was amazed that one of our Salzburgers was able to distill a strong brandy from the stalks of the Indian corn, which has not yet reached a height of two feet, just like the brandy made in the West Indies of sugar cane. People are also using the yellow and the red plums in their stills for this purpose. They are able to produce this liquor cheaply (because they have their own plums, peaches, etc.), and it does them good when they work hard because drinking only water in this country can be very harmful.”

Corn stalks are composed mainly of leaves and stems, and the latter is consisting a of cortex and a pith. Less known is that corn stalks have a high sugar content. With an average 8 up to 20 brix (sugar content), corn stalks are actually comparable in brix in sugar cane.

It lasted until September 29th, 1742 that the Board of Trustees of Georgia finally lifted prohibition laws. Until today, the Salzburger Emigrants are the oldest known distillers of brandy in Georgia, USA.

← Amrita The Salzburger's Brandy →
Back to blog