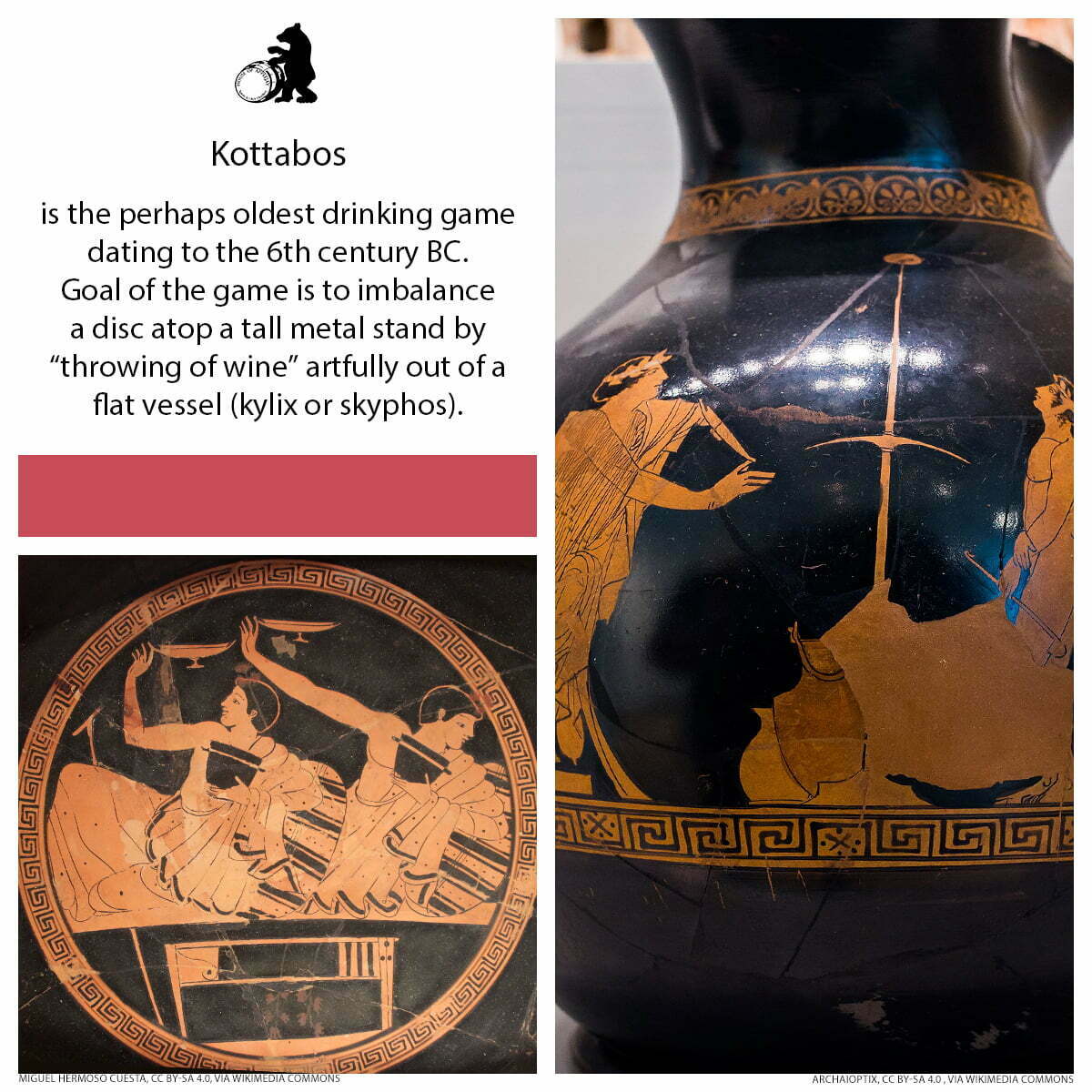 The famous game of kottabos was fashionable in Athens in the 6th to 5th century BC and became a widespread passion in southern Italy until ca. the 4th century BC. The idea of the game was the “artful throwing of wine” consumed from a bowl (kylix) or mug (skyphos) towards at a target. This was usually done with the right hand either facing or looking away from the target.

The game involved a small, loose plate on a candelabra-like tall metal pole. The aim of the game was to throw the wine in the drinking vessel in such a way that the plate fell down with a metallic sound. The device had another metal disk at its center that served as well as a target to destabilize the pole. In addition, a bright sound was heard when the plate hit the metal disc in the middle.

The drinking game originated in the Greek colonies of Sicily and was also popular with the Etruscans. Kottabos did not find as much favor in Roman society and gradually fell out of fashion. Aeschylus, Sophocles, Euripides, Aristophanes and Antiphanes described the game and apparently enjoyed it themselves. It was a popular game at a symposium and it was played by both men and women alike. The winner that hit down the plate was awarded a price that could differ per event. Kottabos is for sure one of the more interesting drinking games as it includes to spill a lot of wine deliberately rather than consuming it.

← Waragi - The War Gin The Carnivore's Mezcal →
Back to blog