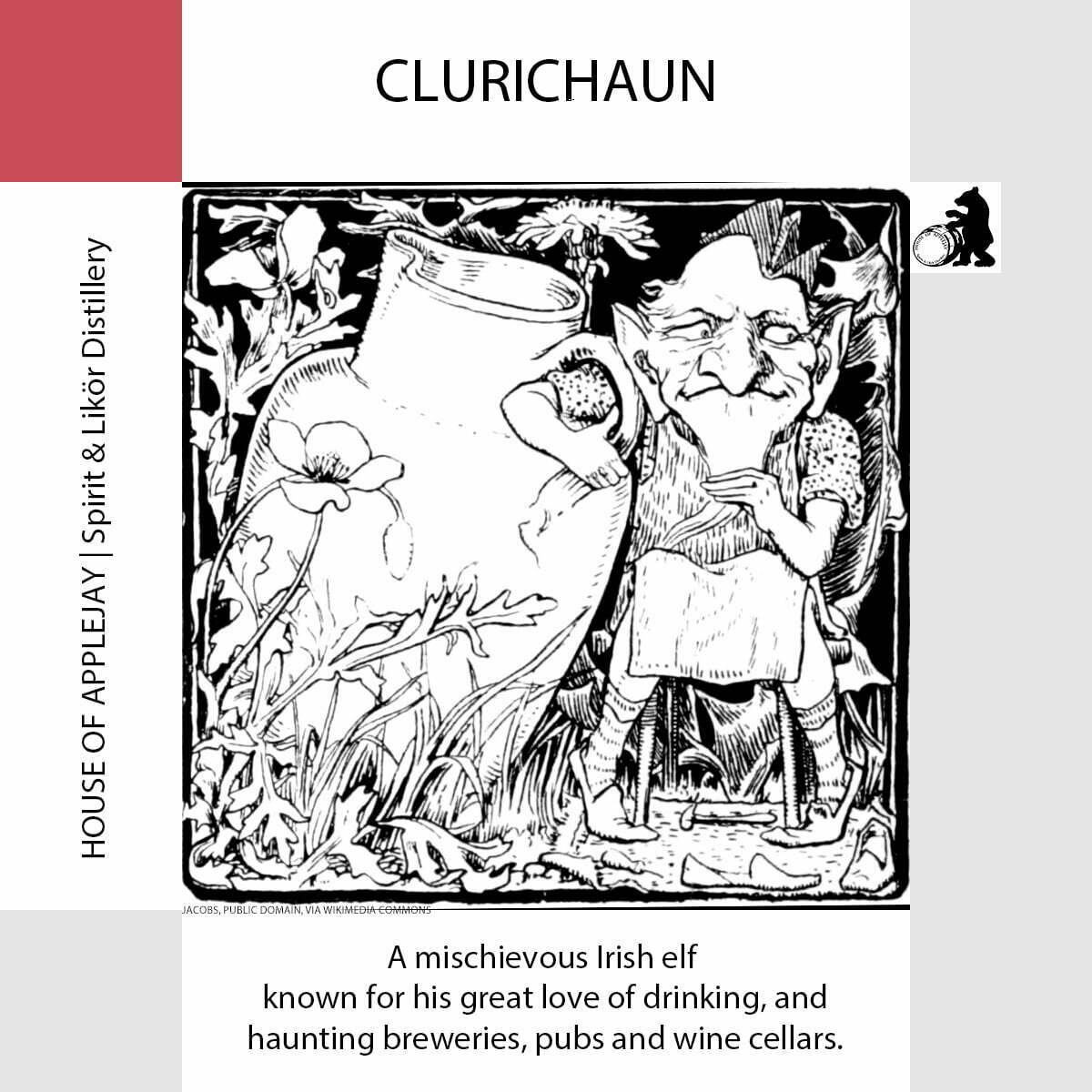 A clurichaun (Irish clutharachán, clutharacán, clúracán) is a fairy from Irish Celtic mythology. It is closely related to the leprechaun and described as a a mischievous small elf known for his great love of drinking. Clurichaun like to hang around in distilleries, breweries, wine cellars, taverns, but also in private homes – though only if there is enough alcohol.

Clurichauns stories originates from Munster, Irelands southern province. Thomas Crofton Croker, an Irish antiquary, was the first to collect the Irish myths of the Clurichaun. He compiled the stories and legends in 1825 in “The Haunted Cellar”.

The clurichaun is also said to have knowledge of buried treasures, which is why some people try to urge the cluricaun help them treasure hunting. However, since the clurichaun’s main interest is drinking and smoking, the elf may use various tricks to mislead people. In chapter 3, point 2 of “Brothers Grimm’s Irish Fairy Tales” there is the following example:

“A common ruse consists in infinitely multiplying the mark of where the treasure lies, be it bush, thistle, stone, twig, so that it may no longer serve as a distinguishing mark to the man who has brought a tool to dig up the earth can.“

The cluricaun can make quite a ruckus. He opens wine barrels, smashes bottles and drinks everything that comes to his ever-thirsty throat. The elf has the ability to disappear as soon as you take your eyes off him for just a fraction of a second. In case you suspect a clurichaun in your home – expect you liquor supplies to dwindle and hope for the elf to leave once the elf drank the last drop of whiskey in your home (which is said to be the elf’s favorite drink).