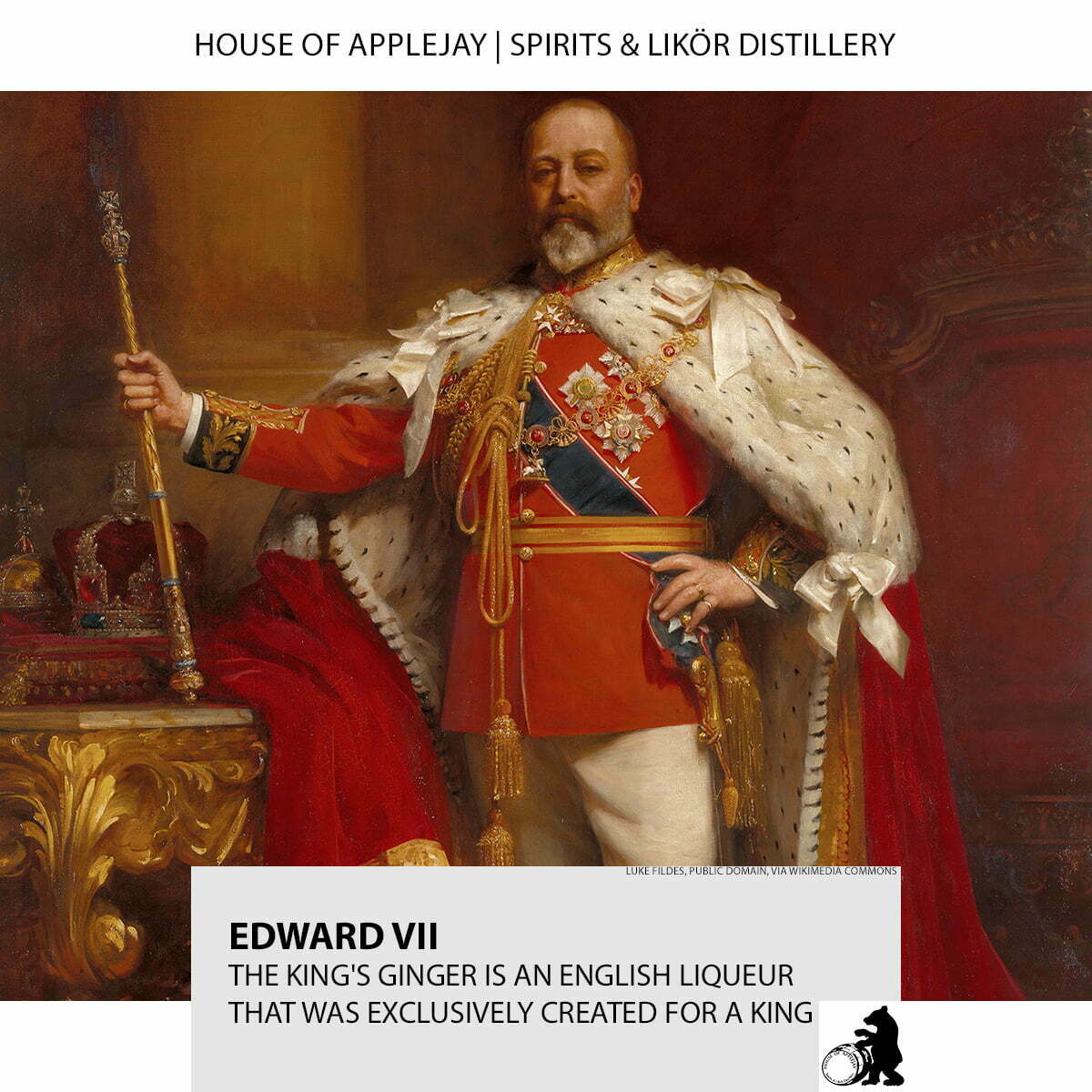 In 1901 King Edward VII was crowned King of the United Kingdom of Great Britain, Ireland and the British Dominions, Emperor of India. Edward was a leader of the London society, known to have spend most of his time partying, hunting, racing, sailing and eating with friends and family before becoming king at 62 years of age.

When in 1900 Edward bought his first car, a Daimler, he was the first royal to own an automobile. Edward purchased seven more of these new fashionate “horseless carriages” in 1905 and he loved driving “topless“ around the English countryside. The king’s new car enthusiasm soon raised the concern of the royal physician as Edward was driving in his cars rain or shine exposing him to the elements. Therefore, in 1903, the royal physician commissioned a Royal Warrant to Berry Bros. & Rudd to create a fortifying and healthy beverage for the monarch’s “driving flask“. This was the birth of “The King’s Ginger,” a brandy-based elixir with ginger, honey, and lemon, designed specifically for His Majesty to stimulate and revivify him during morning car rides.

In 2011 a modern version of The King’s Ginger “for the masses” debuted when Berry Bros.& Rudd created and branded a drink called “The King’s Ginger” on a base of neutral grain spirits (instead of expensive brandy), along with ginger, lemon oil, Glenrothes single malt scotch, and sugar.

The King’s Ginger is the only drink in history that was originally created to be consumed while driving an automobile.
#DontDrinkAndDrive!