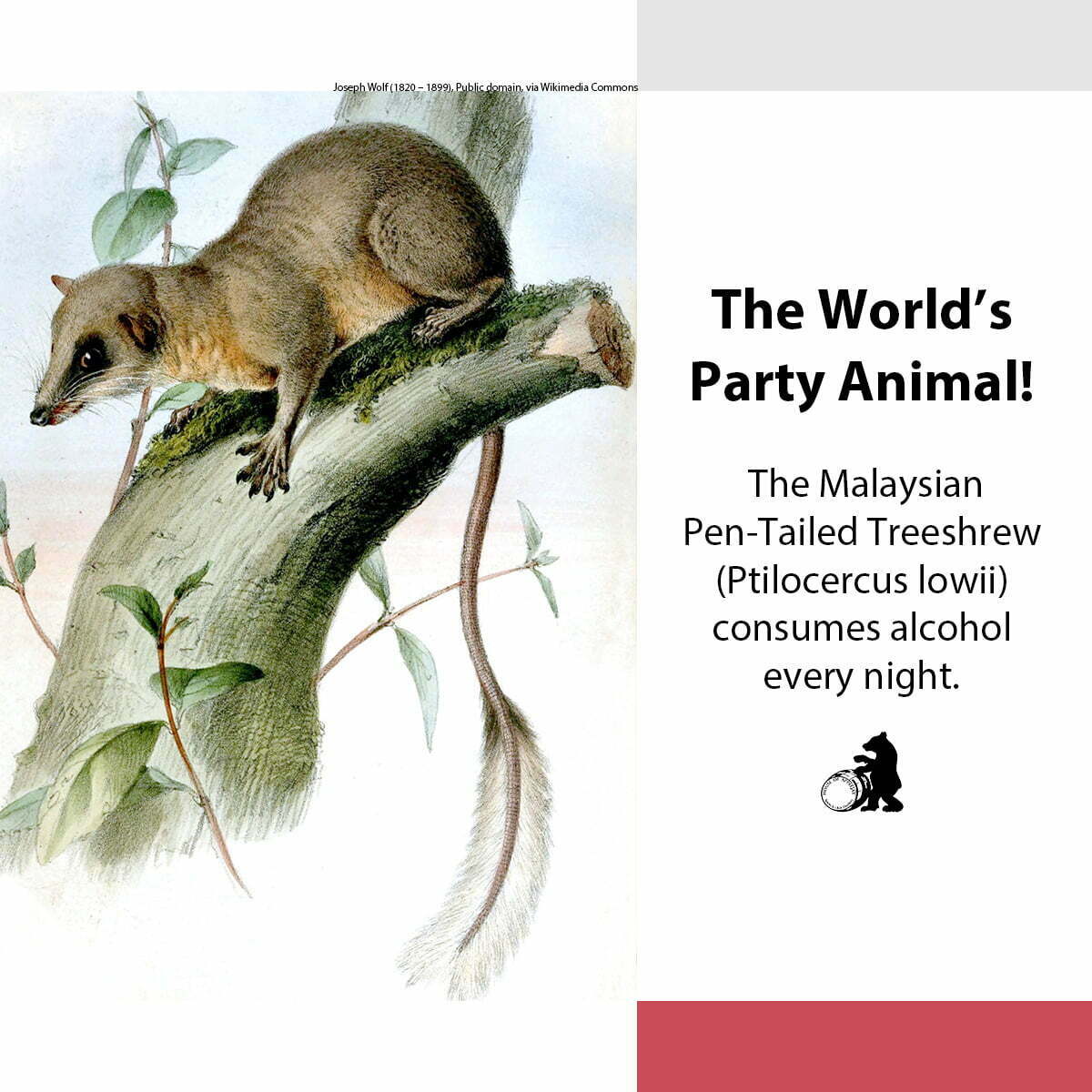 The pen-tailed treeshrew is the only nocturnal species of shrews. Treeshrews are small mammals native to Southeast Asia. Though called “treeshrews” they are not being true shrews. They live – as the name indicates – in forests on the Malay Peninsula, Sumatra and parts of Borneo as well as some smaller offshore islands. Pen-tailed treeshrews are excellent climbers. During the day they rest curled up in self-made nests made of leaves and twigs. Treeshrews are omnivores: their diet consists of insects, small vertebrates such as geckos, and fermented fruits.

← The Jahrtausendwein 1540 Livingston's Distillery →
Back to blog