Achard’s impact on Slavery and Likör 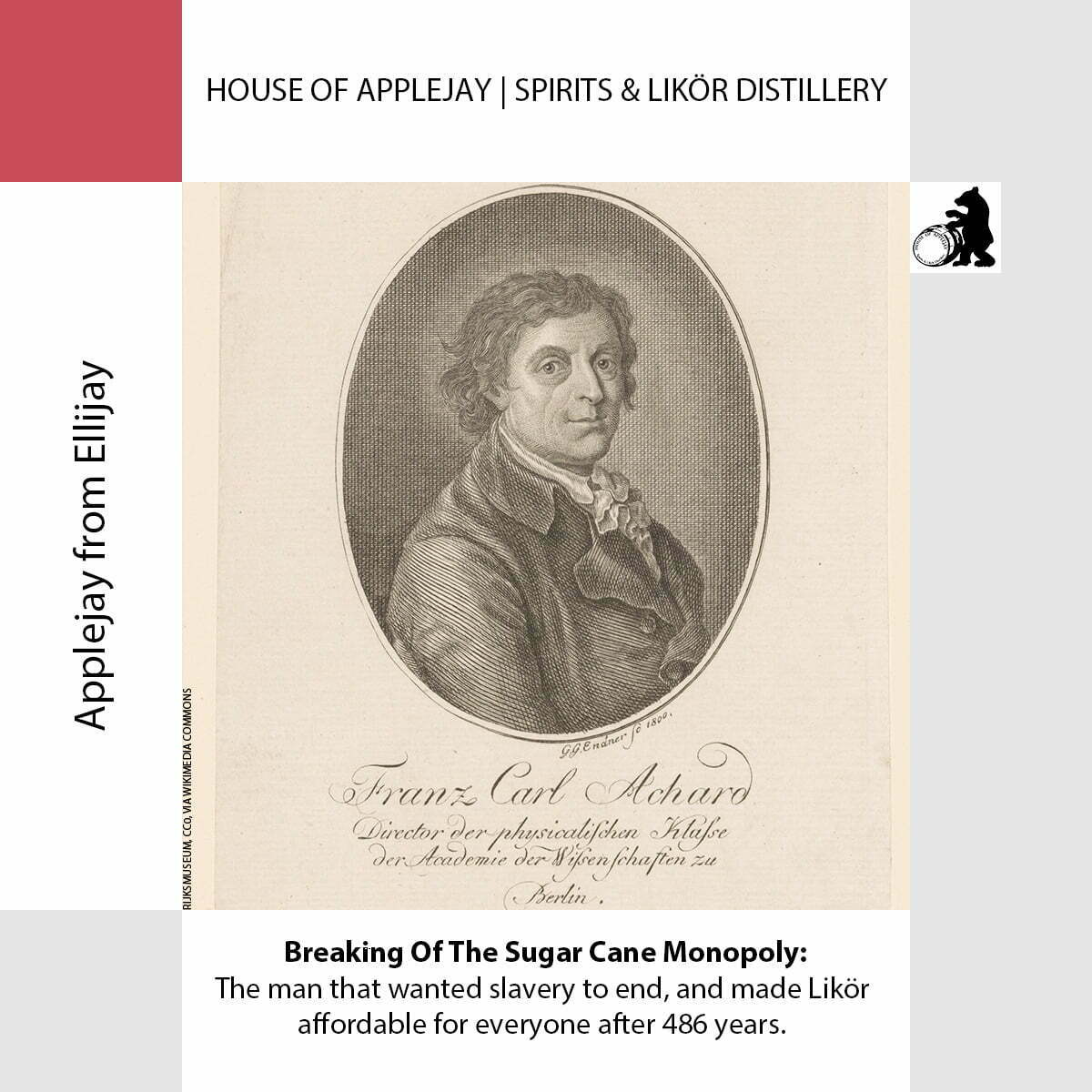 Franz Carl Achard (1753-1821) was a German natural scientist. His family was socially highly respected Huguenot that had fled from France to Germany seeking religious freedom after 1685. Achard himself had all his life financial troubles but he mostly became known for developing the technology for producing sugar from “beta vulgaris”, the beetroot. In 1801 he started building the world’s first functional beetroot sugar factory in Cunern, Prussia. Achard’s sugar factory though was disruptive technology of its time: Considering that between 1450-1850, 10-15 million Africans were enslaved, Achard made slave labor on sugar cane plantations overseas obsolete and it does not surprise that the British felt their sugar monopoly threatened.

Achard was offered a sum of 50,000 Taler in 1800, and 200,000 Taler in 1802, if he was willing to admit that he had to come to the conclusion that beet sugar could not take over the place of cane sugar. Achard though was neither a friend of the British Empire nor slavery, so he declined both offers that would have made him a rich man. He wrote later in a publication of 1809 “A review of the given description of the hard, terrible fate of the Negro slaves, combined with the prospect of remedying such by the manufacture of beet sugar, raises the production of sugar from beet to the concern of mankind,” and he continued that he believed beet sugar was “to increase national wealth, to expand mercantile as well as political independence, to save on grain by making brandy and vinegar…“.

Achard made the former luxury good sugar affordable for everyone, and with it Likör that had remained exclusively for the rich and noble class for 486 years. Achard though died in poverty in 1821, but his legacy made this world indeed a little bit sweeter.