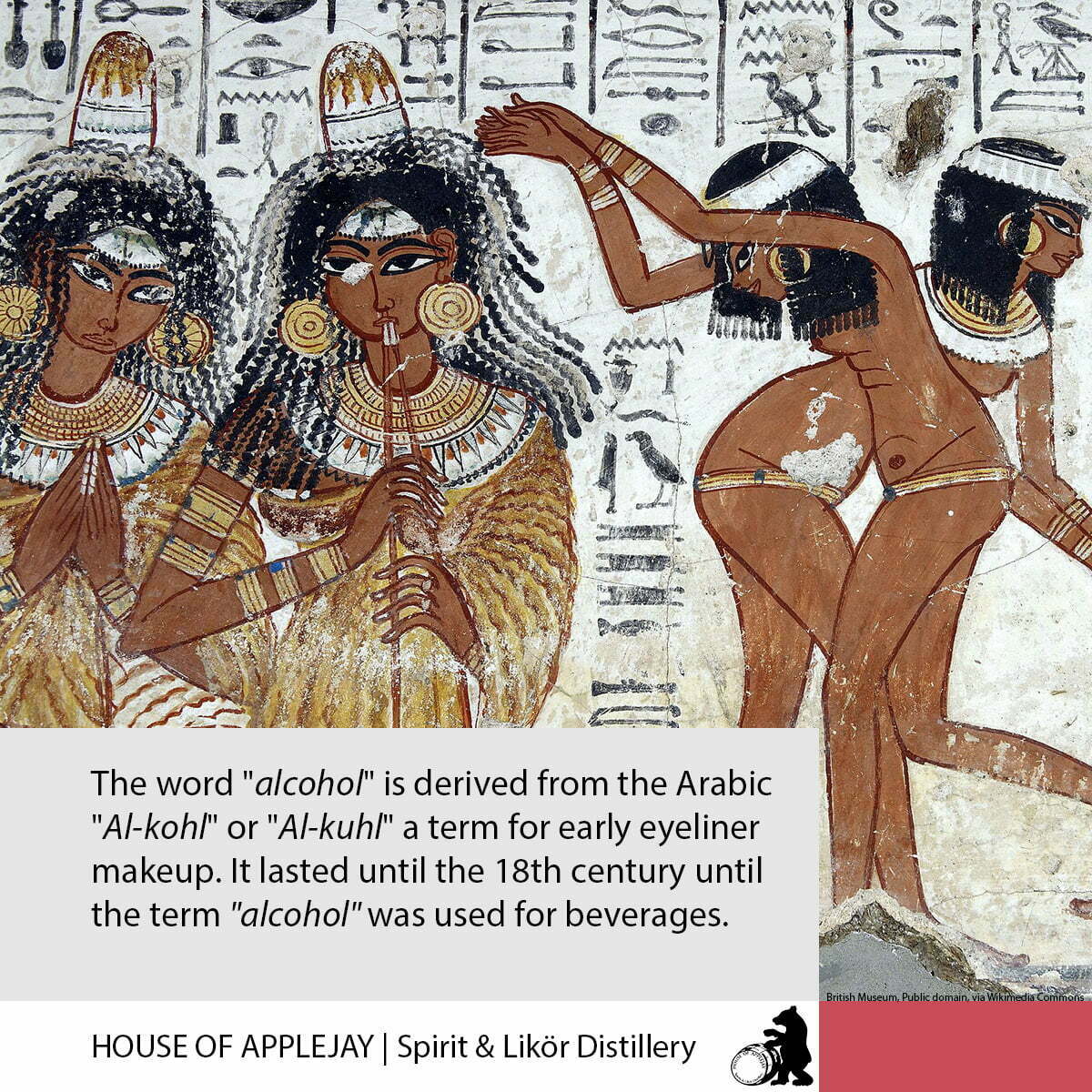 The word “alcohol” is derived from the Arabic “Al-kohl” or “Al–kuhl” translating to a powder used for making eyeliners. The tradition to paint the eyes dark was common in ancient India, Egypt and African cultures. “Al-kohl” was originally created from a mixture of galena, cerussite, laurionite, and phosgenite.

When Mary the Jewess (Mary the Prophetess) started researching on distilling between 100-300 AD in Alexandria, Egypt, and her findings in the distillation technology were soon used to improve “Al-kohl” by distilling manganese ore to improve the early makeup and making it smoother and easier to apply. Whereas these early eye makeups could cause lead poisoning, “Al-kohl” makeup also protected the eyes from infections of Nile waters getting into the eyes.

Over time the meaning of “Al-kohl” was extended from make-up distilling to all distilled substances. Early alchemists understood distilling as a process to reduce something to its essence or “spirit“. It though lasted until ca. the 18th century until the term “alcohol” was finally used for drinkable alcoholic beverages.