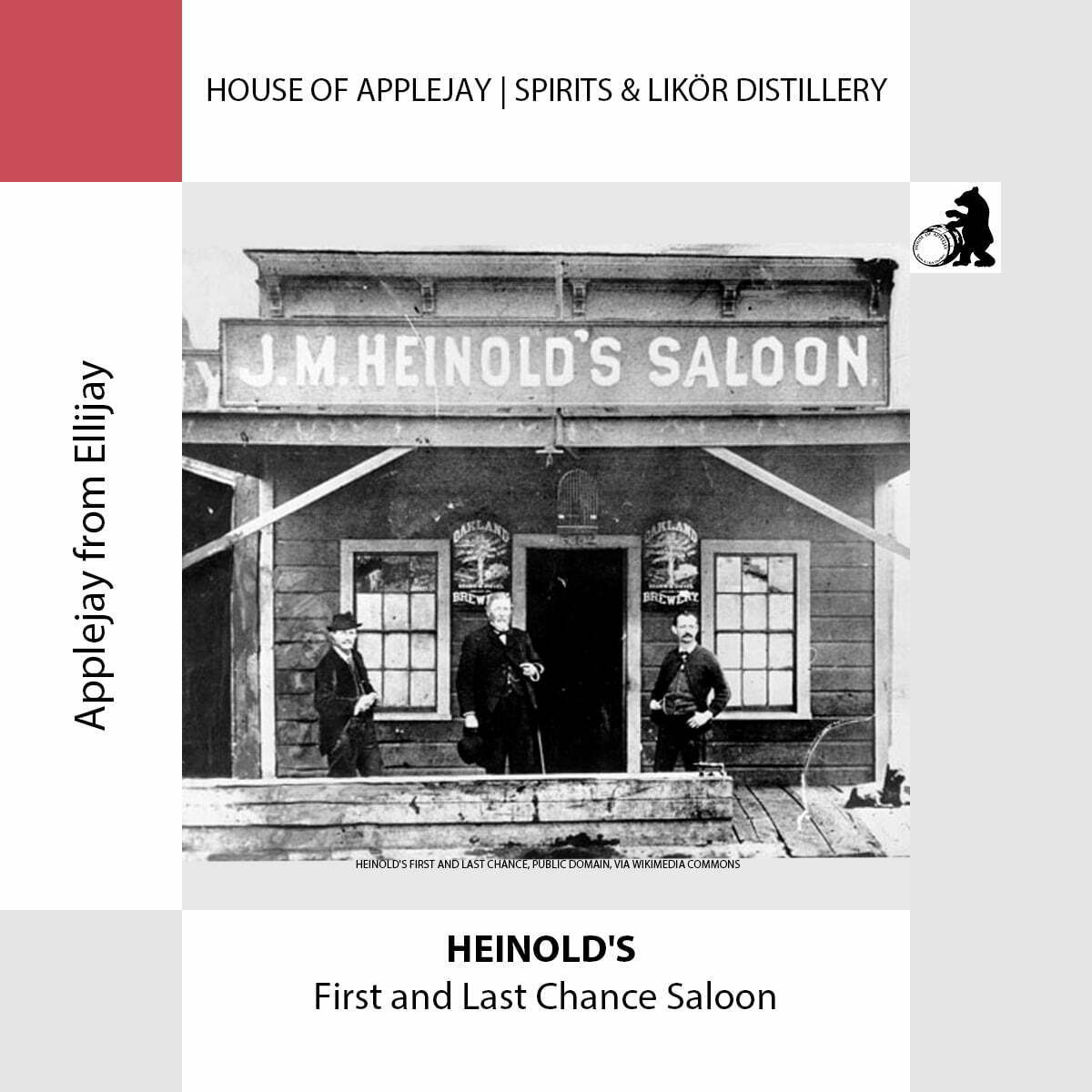 Heinold’s First and Last Chance in Oakland, California opened in 1883. Johnny Heinold was born in Germany and bought the building located near the ferry between Oakland and Alameda for $100. He converted the small one-room building with the help of a ship’s carpenter into a pub using the remains of an old whaling ship. Sailers and travelers stopped at the pub as the “last chance” indicating that it was the last chance to drink before traveling to Alameda where the consumption and its sale were illegal.

It became a common term in the 19th century naming saloons on borders of dry areas as “last chance saloon”.  While a ship was not a legally a dry area, it though rationed alcohol thightly which made sailers thristy customers. Travellers coming from dry areas considered the saloon a  “First Chance” to drink, though it didn’t take long until this was incorporated in the name. Heinold’s First and Last Chance is one of the two most notable “Last Chance Saloons” in North America.

The Friends of Libraries U.S.A. added Heinold’s to the Literary Landmarks Register in 1998 because of its role inspiring American authors. (Jack London wrote the Call of the Wild drinking at Heinold’s, and John Barleycorn mentions Heinold’s several times in his novel The Tales of the Fish Patrol. The pub is also nicknamed as “Jack London’s Rendezvous” in memory of Jack London.) In 2000, the United States Federal Government listed Heinold’s on the National Register of Historic Places.

← Maximón, the Liquor-Drinking Saint Peychaud's Bitters →
Back to blog