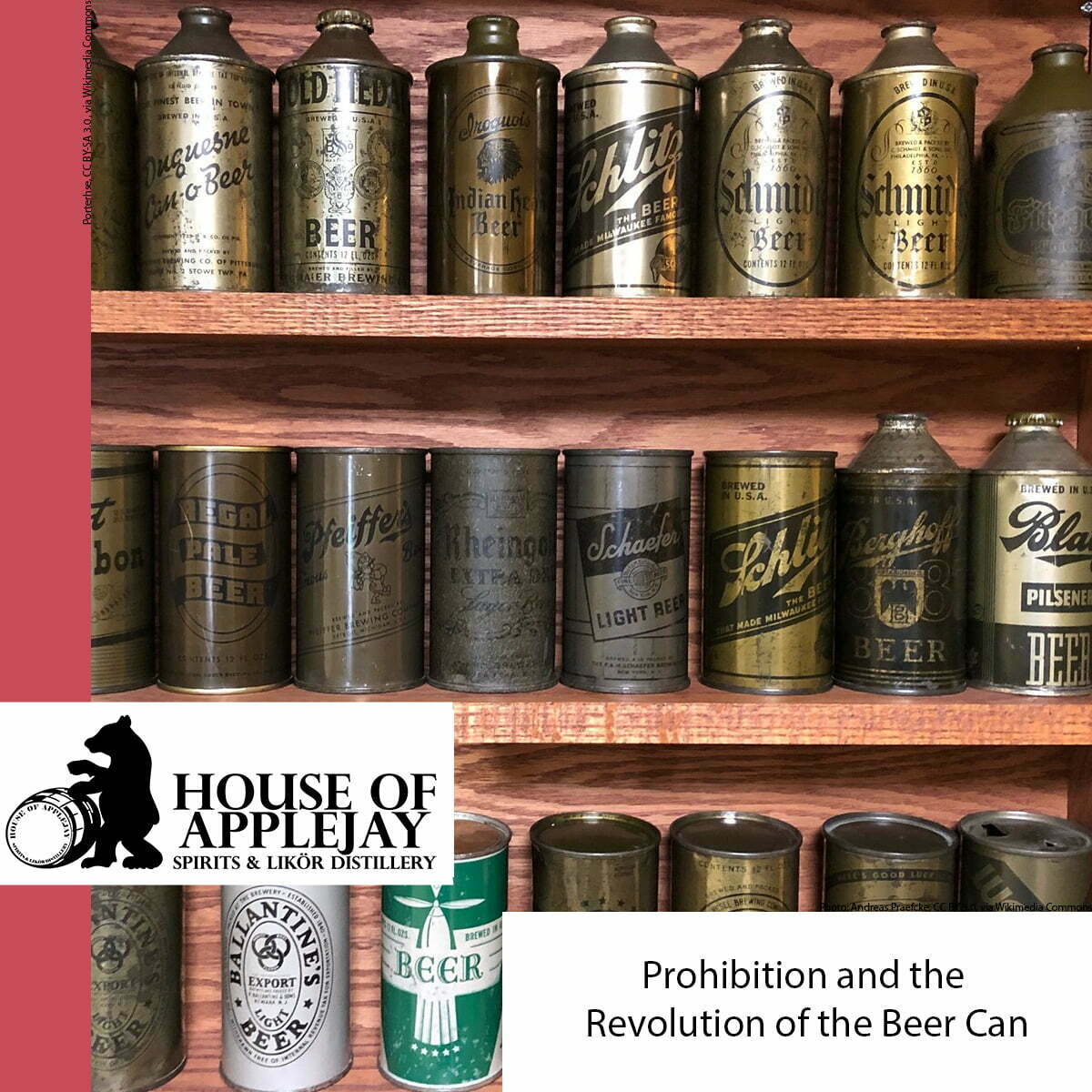 Prohibition was lifted in 1933. Breweries that had remained in production with “near beer” during prohibition had an advatage as they could quickly get back into the production of real beer. They also benefited from existing distribution channels which experienced a fundamental change from draft to bottle and later to the can. Shortly after Prohibition, the success story of the beer can began. The Gottfried Krueger Brewing Company launched the first beer can January 24, 1935.

It took the German brewer Gottfried Krueger about two years of trial tastings to develop the first beer can in 1935. Compared to today, the can was heavy and made of a tinplate instead of aluminum. It had to be opened with a special can tool because the flap we know today was not invented yet.

The beer can became an immediate success story due to its better stackability and transportability. The beer can was first offered in Germany in 1937 by Schmalbach-Lubeca.