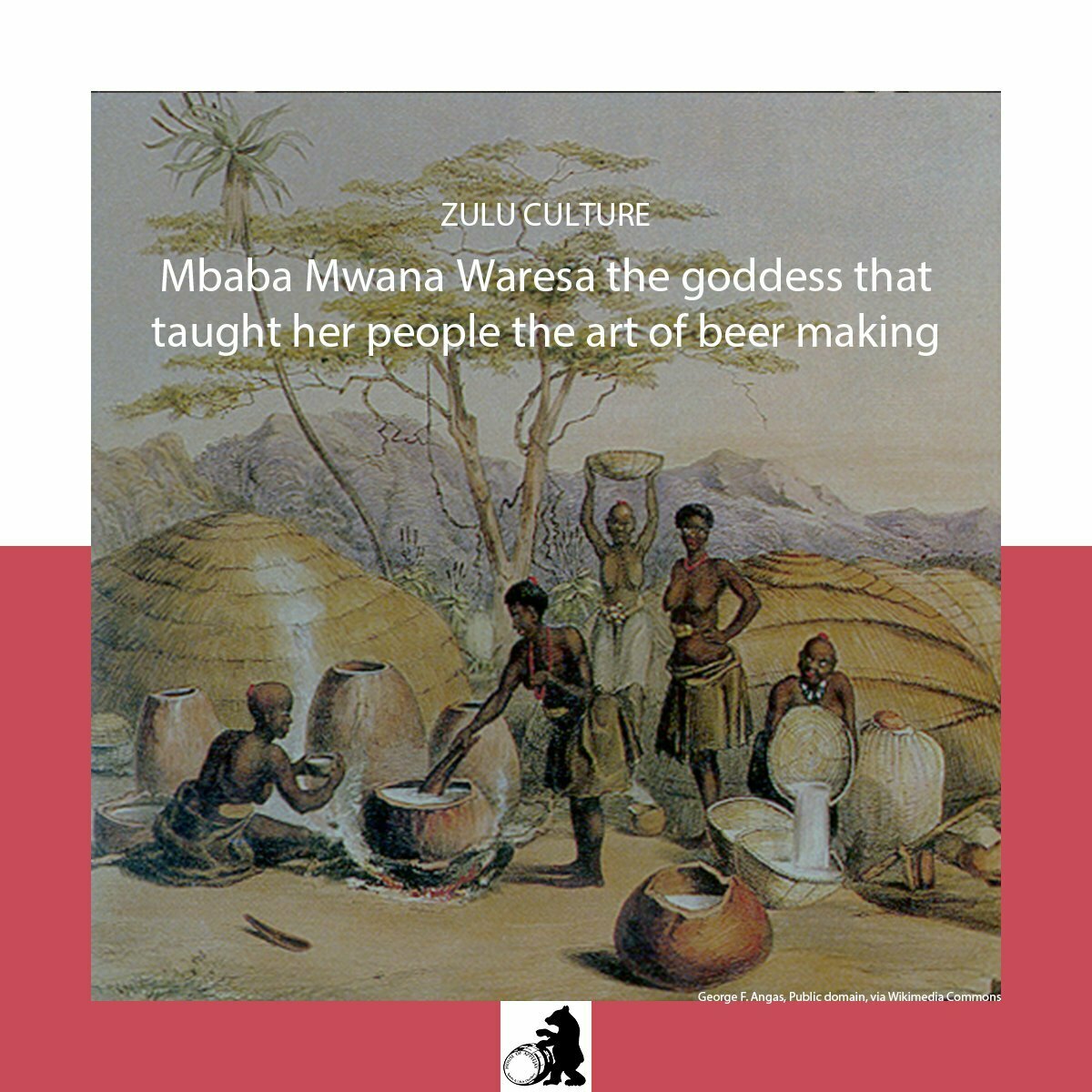 The Zulu people of Southern Africa worship a goddess called Mbaba Mwana Waresa. The goddesss lives in the rain clouds, in a round hut made of rainbow arches. She is the goddess of the rainbow, rain, harvest, agriculture, and she gave the Zulus the gift of beer.

According to the Zulu legend, Mbaba Mwana Waresa’s home in the sky was very beautiful but the goddess was lonely and unhappy. She missed someone to share the joy she felt watching how antelopes drank from deep water holes, where the crickets and frogs croaked and sang in the moonlit nights. Mbaba Mwana Waresa searched for her match among the gods but was not successful – so she started to search among the mortals. One day, in a South African village, she met the young cattle herder Thandiwe who captured her heart as he sang about his love for nature. As a goddess Mbaba Mwana Waresa tested her mortal lover if his love was true. Therefore the goddess send her lover a beautiful bride in her place while she disguised herself as an ugly hag. According to legend the Zulu man recognized his true love immediately, and they lived in her rainbow covered house in the sky happily ever after.

The legend though does not specify how the goddess was identified so fast, maybe the Zulu man was just impressed by the beer she brought to the table.