“Drinking is the joy of the Rus” 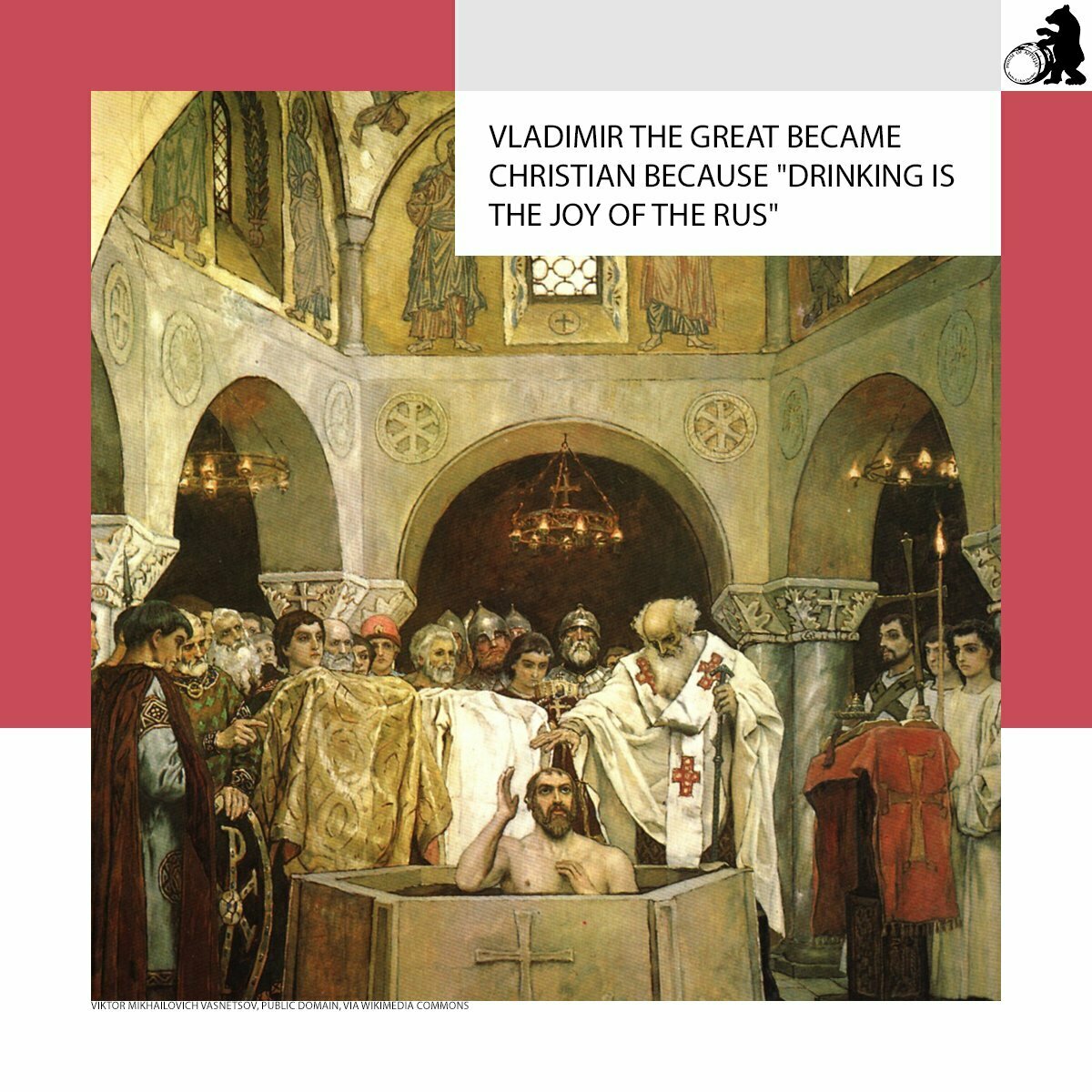 According to legend, it was reason that brought Vladimir to the Christian faith. Before his baptism, Vladimir was said to have been a libertine with seven chief wives and 800 mistresses. One day he chose from all religions in his realm the one he liked best. Suprisingly, Vladimir’s though did not choose Islam as his religion despite his lifestyle. The story goes that he replied to the Muslim envoy that the “Rus is a friend of drunkenness, we cannot be without it.” So, he settled on the Christian Orthodox Church due to his and his people’s love for drinking.

More likely, though less glamorous, is the explanation that Vladimir’s baptism was a diplomatic move with the aim to establish a connection with the Byzantine imperial family. In the year of his baptism, in 988 he married the Princess Anna of Byzantium, daughter of the Byzantine Emperor Romanos II.